Police dogs have an immense impact in the protection of the officers, while in danger. Their nature is to always step up, and became the heroes of the story, just to protect their beloved officers. This is the case with Jethro. A police dog in Canton, Ohio confronted an armed robber and was shot three times as the thug made his escape. Immediately Jethro was rushed to a veterinary emergency clinic, but he was in critical condition. Unfortunately, he had suffered a traumatic brain injury from the fatal shots and passed away a couple of days ago. 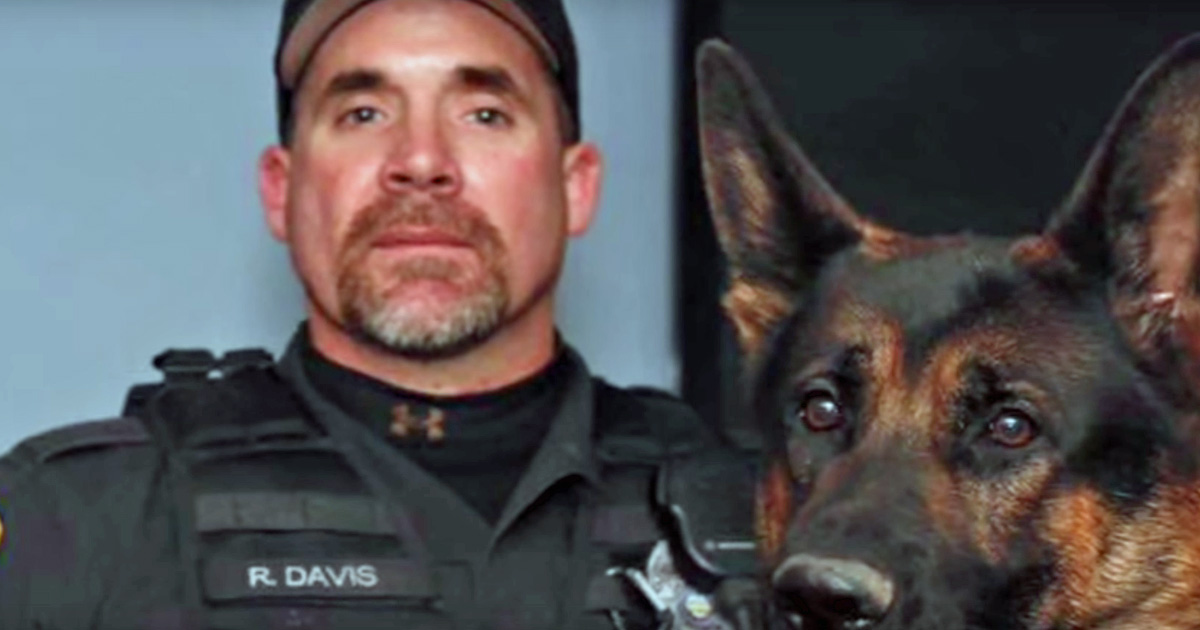 “We believe, and our Chief has even said that he believes that Jethro saved officers that day,” said K9 Trainer and Officer Eric Stanbro. “My partner, Officer Ryan Davis, was by his side as he took his last breath. Davis has been with Jethro since he was a puppy.”

I can only imagine how hard is this loss for officer Ryan Davis. It is extremely hard to get used to the idea that the one you believed the most is gone now. But life is so unexpected and anything can happen. The only thing to do now is to remember the police dog Jethro for what he was, a true hero, and pray that his spirit will rest in peace forever. The good thing after all is that the 22-year old robber who shot Jethro was apprehended. He was shot in the leg while trying to escape and was taken to the hospital.

This is the tribute of a police dog who fought to keep safe the officers. His name will live forever with his partner, and the city of Canton, Ohio. Dogs like him are not born everyday. It is really hard to find true heroes like Jethro. Please share and show some love to this hero dog.