One look at this dog and we know what you’re thinking: Did a witch cast a spell on some egotistical prince and turn him into a canine? How else to explain this pup’s extremely human-like eyes and knowing facial expression?

The dog, a Shih Tzu-poodle mix (or “Shih-poo”) named Yogi, first attracted mass attention when his picture ended up on Reddit. Yogi’s owner, Chantal Desjardins, 27, says she didn’t realize how human he looked until all her friends pointed out the resemblance after she posted a video of her family’s dog to Instagram and Facebook.

So, who does Desjardins think the 1-year-old pooch looks like? “I like the Nicolas Cage comment,” she tells PEOPLE. “And my friend Kristen said Sean Astin.” 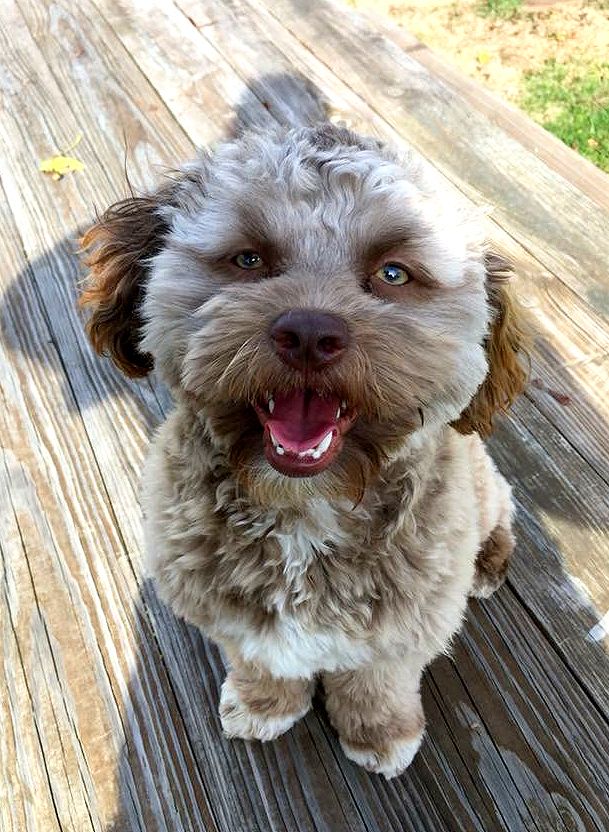 If you’re wondering how you, too, can find a dog who looks like a person, Desjardin says Yogi came from a local breeder, but won’t divulge their location. However, the pup also has an 8-year-old sister named Darla, who may be jealous of all the attention he’s getting.

“She tolerates him,” says Desjardins. “All he does is try to play with her and she doesn’t have it. [He’s a] very typical puppy.” 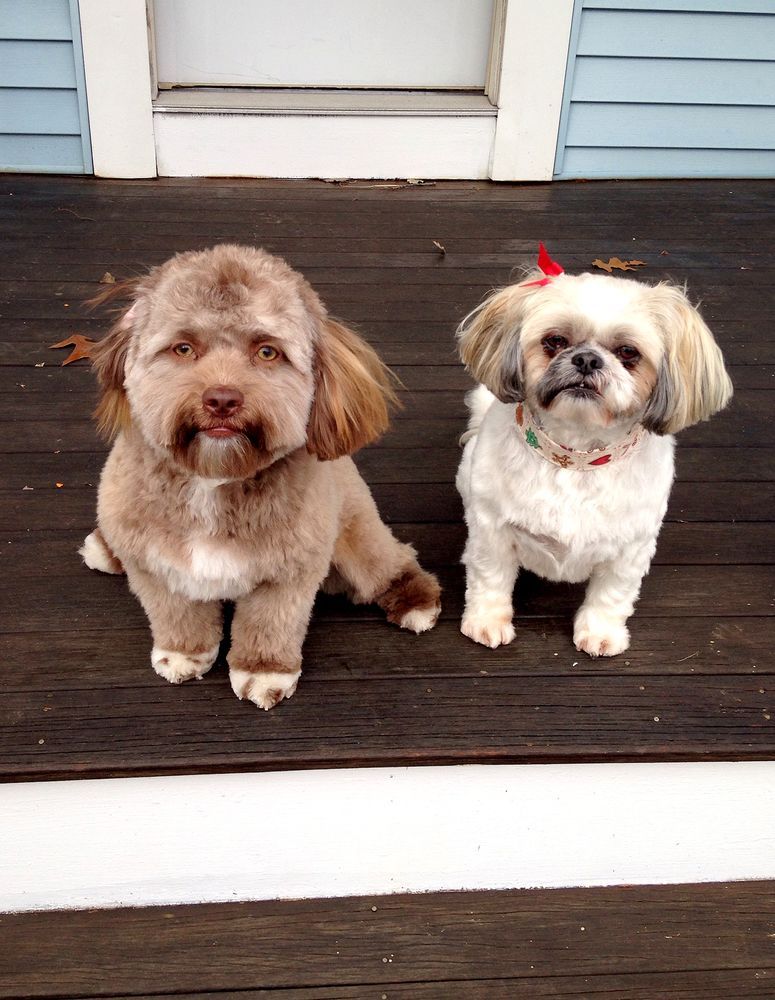 Typical? We don’t think so! Just look at that face.

“He’s still a baby, so he’s just a crazy puppy. Everything is still new to him,” Desjardins tells PEOPLE. “He sometimes gets scared of little things he’s not used to … like a bag on the coffee table, he’ll bark at it.”

Can’t get enough of cats, dogs and other furry friends? Click here to get the cutest pet news and photos delivered directly to your inbox.

However, one thing Yogi is getting used to is his newfound internet stardom. 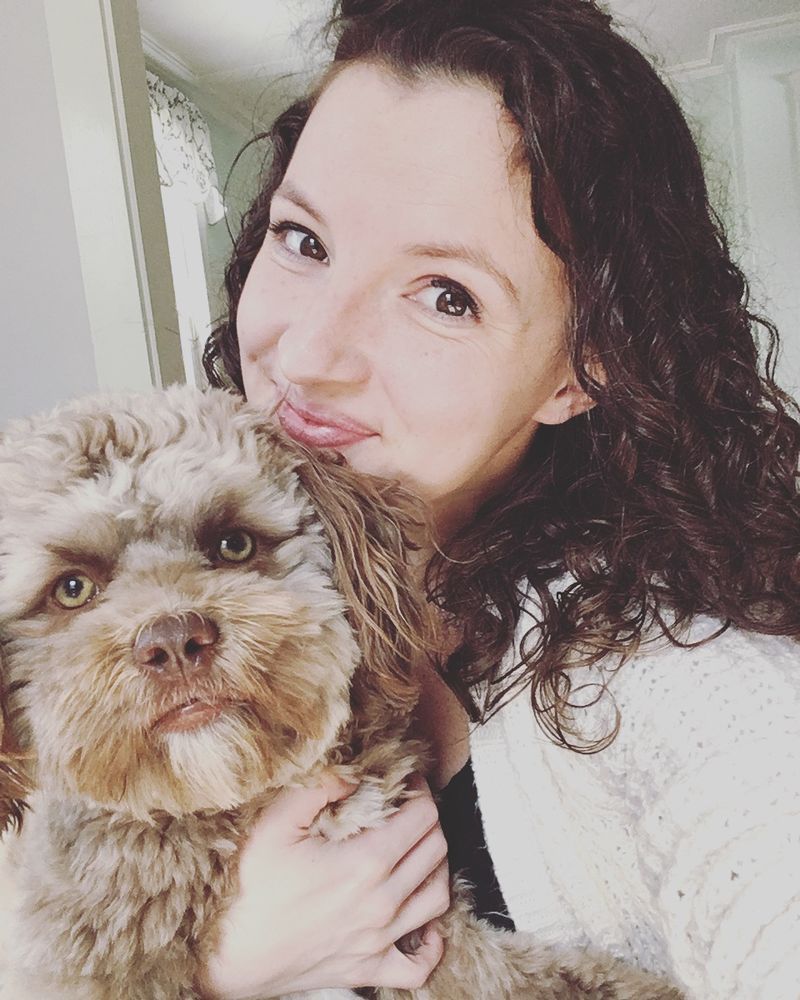 When asked what kind of job Desjardins imagines for Yogi when he grows up, his owner pondered the question for a moment. 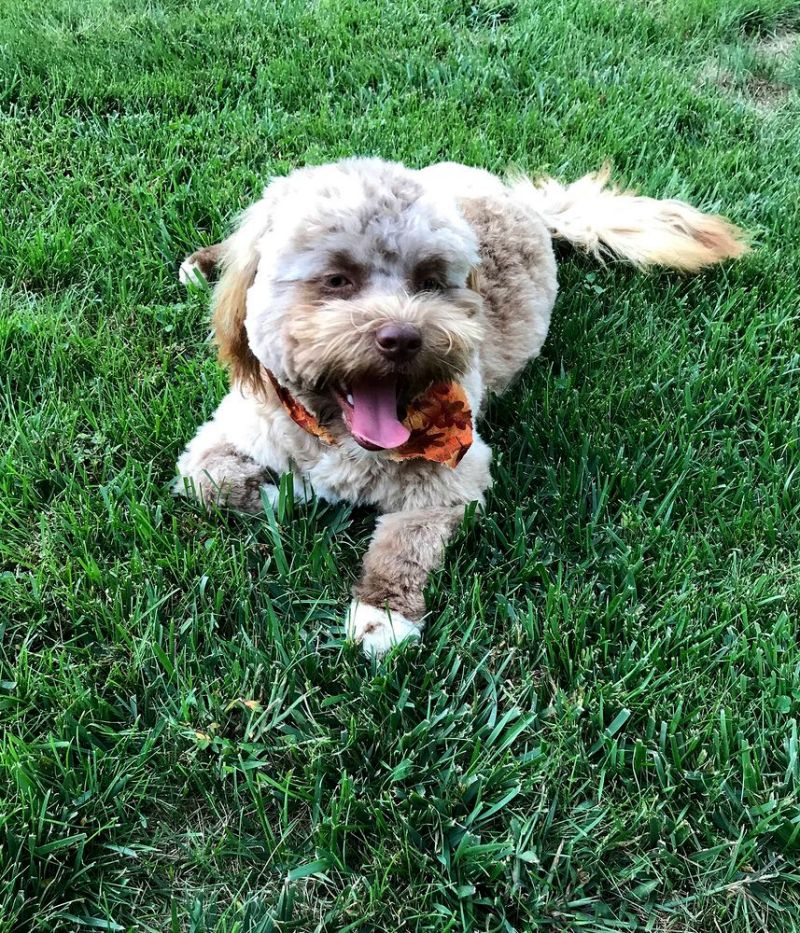 “I think [he] would be a talk show host,” she finally replied. “Maybe like Dr. Phil. According to people, he has piercing eyes.”