Jalk Vom Haus Geisthund was adopted by the Valencis family in August 2014. From the start he was a playful, loyal, and affectionate addition to the family.

Jalk shredded toilet rolls and dug holes, all while giving unconditional love to his adoptive family, of course. 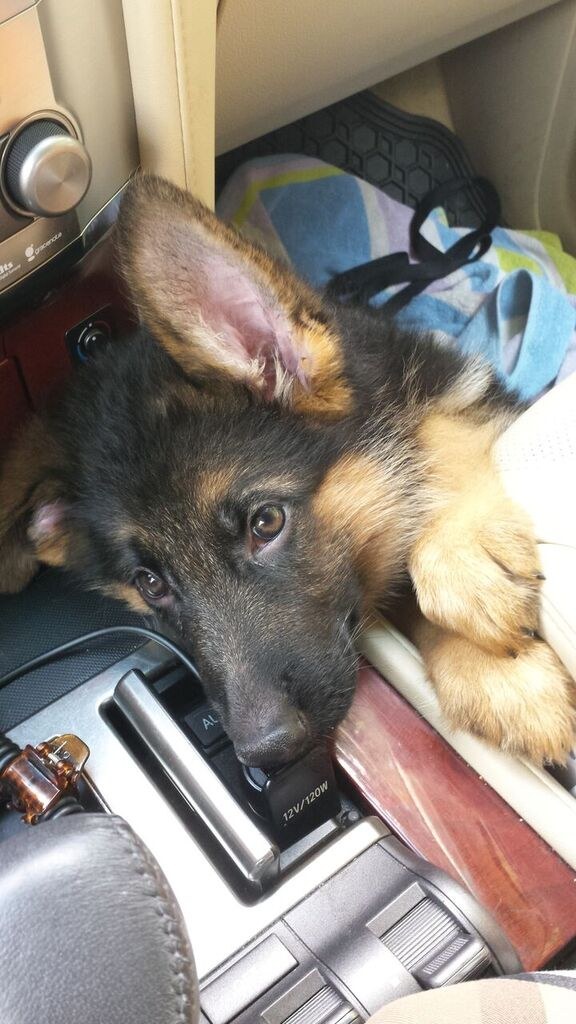 In September 2015, while petting him after a walk, Jalk’s mom, Angela Valencis, noticed a small lump on his head. They visited a vet, received antibiotics, but nothing helped, and the lump only grew. 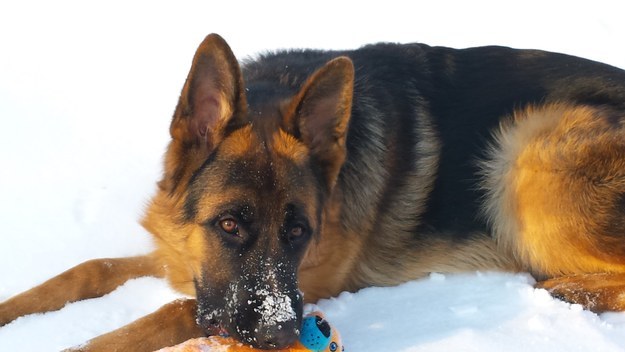 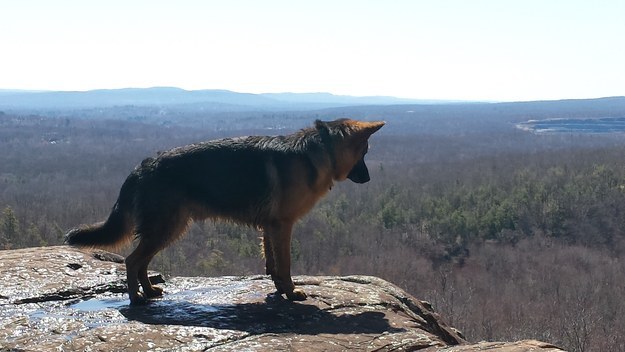 Jalk began treatment, starting with the removal of the tumor, which by that point had grown to the size of a baseball. 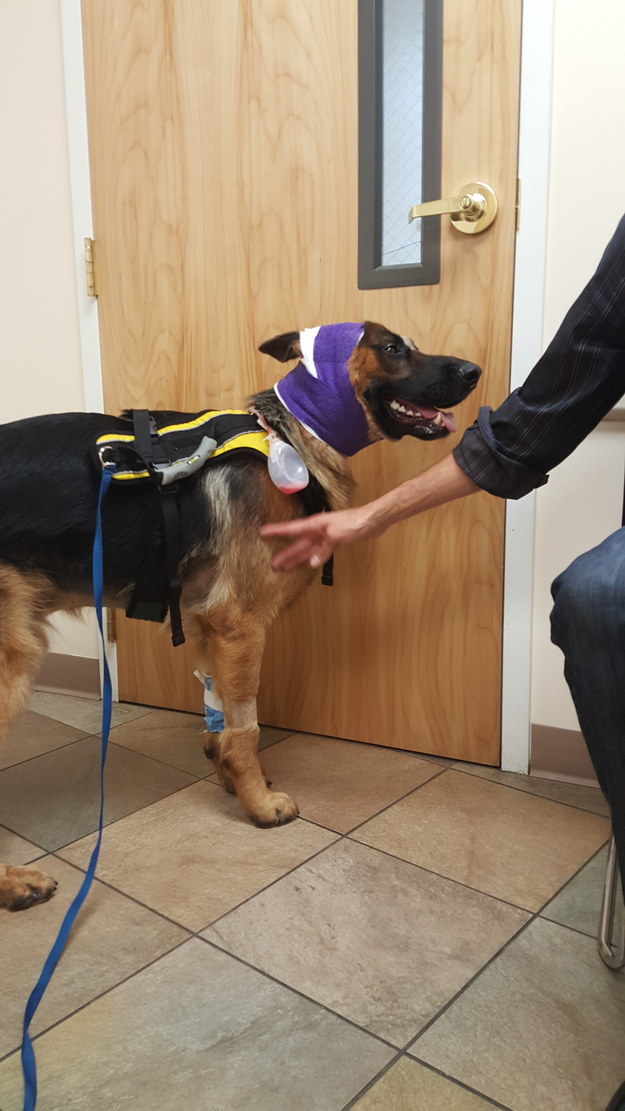 Unfortunately, the size of the tumor meant Jalk lost his left ear. Also, he had to wear this very embarrassing cone. 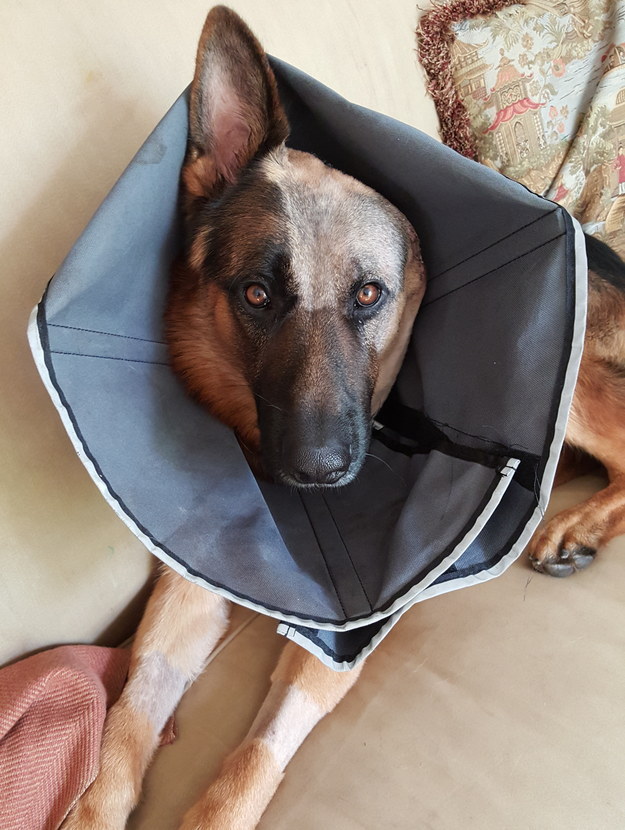 After his surgeries, Jalk began radiation treatment. His family drove 140 miles from their home in Farmington, Connecticut, five days a week, for a 45-minute appointment. 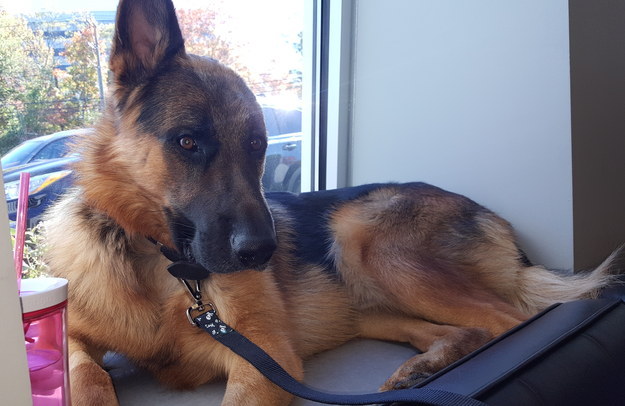 Thankfully, the treatment was a success, and to celebrate, Alicia posted this photo of Jalk, which has now been shared across the internet thousands of times. 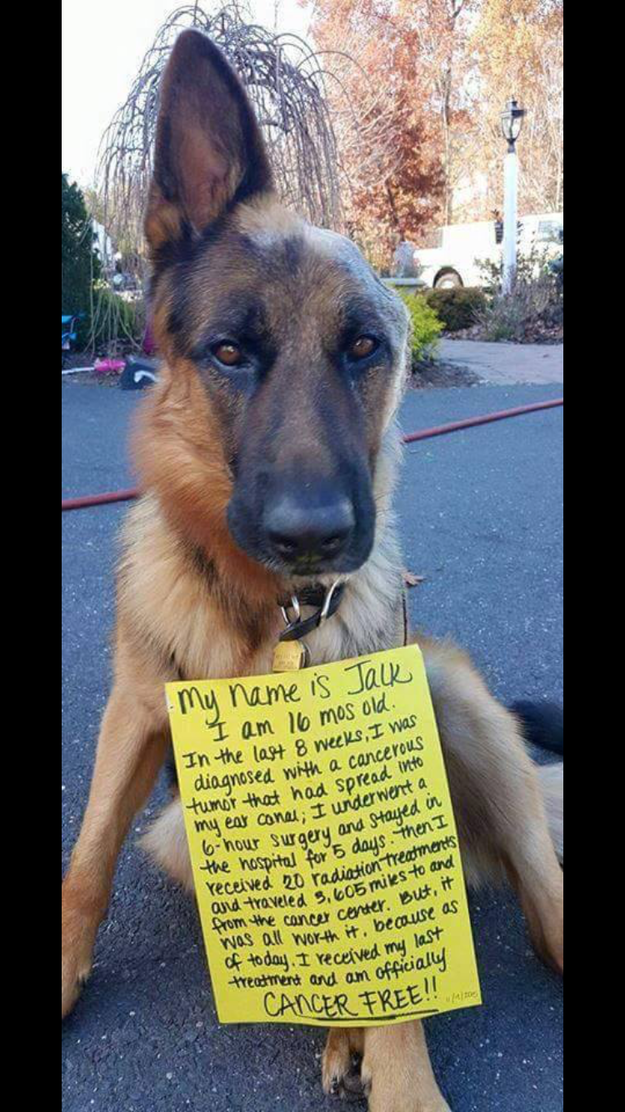 Valencis told BuzzFeed News that the decision to put Jalk through the treatment was made after serious amounts of research and consideration. 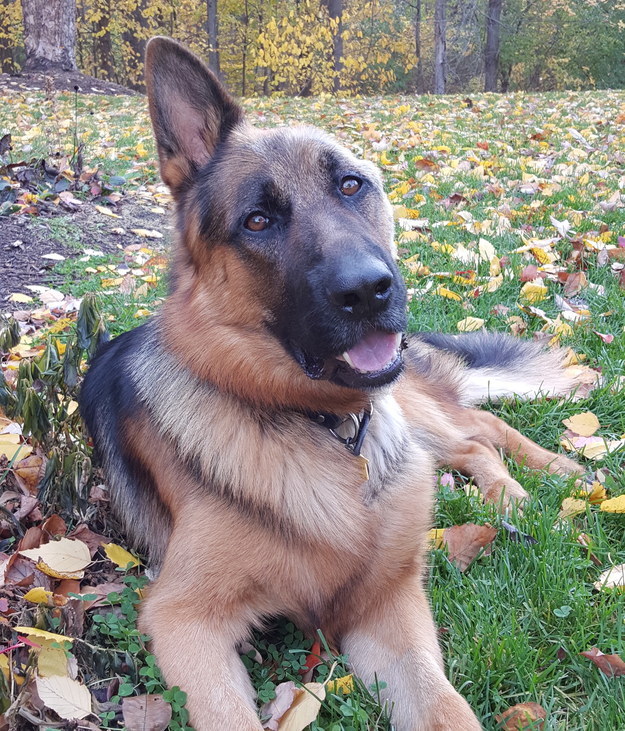 “His eyesight was not affected at all, and he still hears the UPS and FedEx trucks coming down the street before I do,” she said. “He is truly our wonder pup, and in the center of the heart of our family, a beloved and adored member of our pack.” 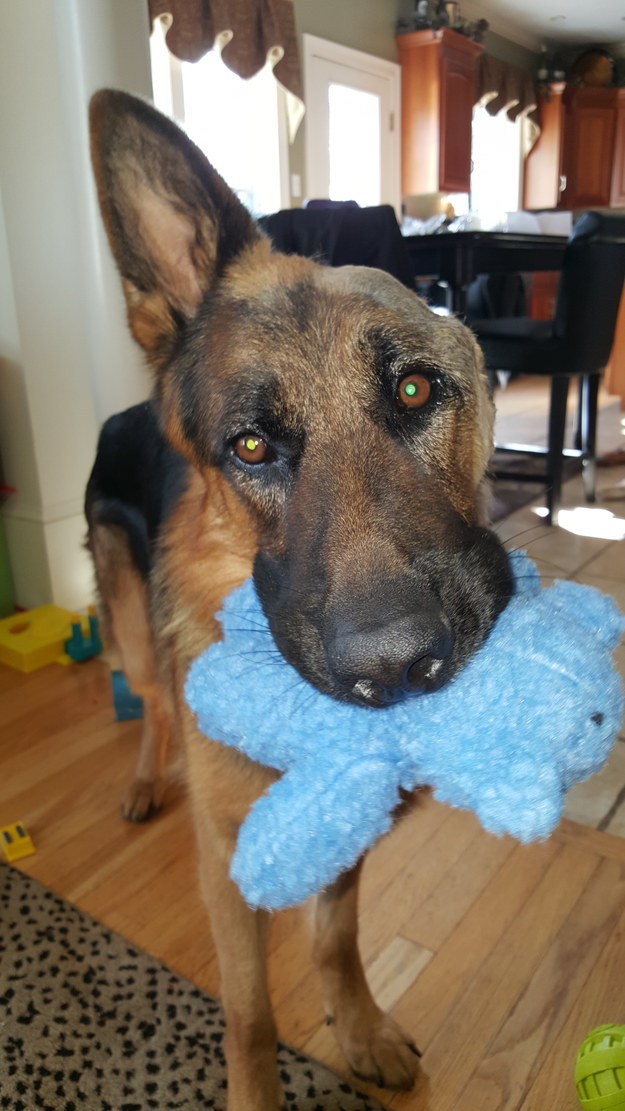