Tanja Brandt, a professional photographer and collage artist in Germany, captured the friendship of Ingo and Poldi. Ingo, the Malinois Shepherd Dog, and Poldi, the owl are cozy with each other in the photoshoot. 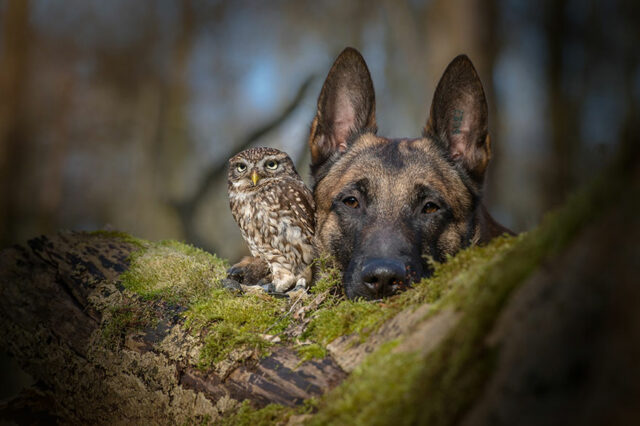 “I go outside with them together — Poldi on my hand, Ingo is free-running,” Tanja says. “Not so with Poldi. It’s too dangerous. Every cat would kill him, he won’t know how to live free. Sometimes, Ingo will go for a walk with Poldi hitching a ride on his back. Tanja added. 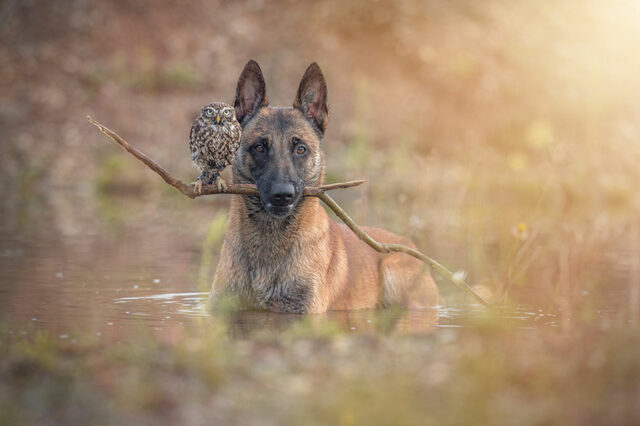 The two would snuggle up together and frequently Ingo would fetch something while Poldi took the opportunity to grab a new vantage point. 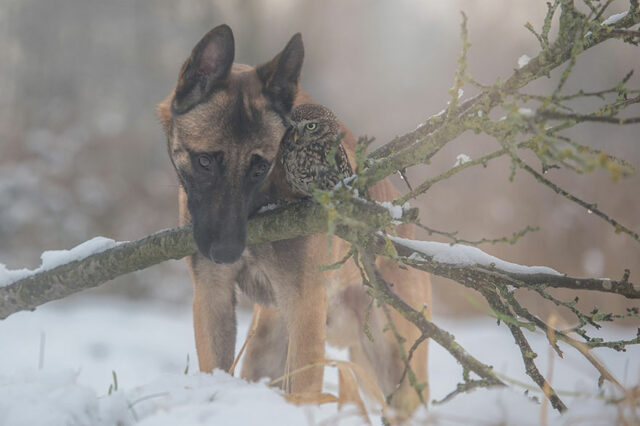 Poldi is the smallest among siblings. He hatched two days later and needed attention among others. Ingo on other hand was experienced in protecting others because he came from a family of police dogs. Sensing the vulnerability of Poldi, he decided to be his protector and best friend. 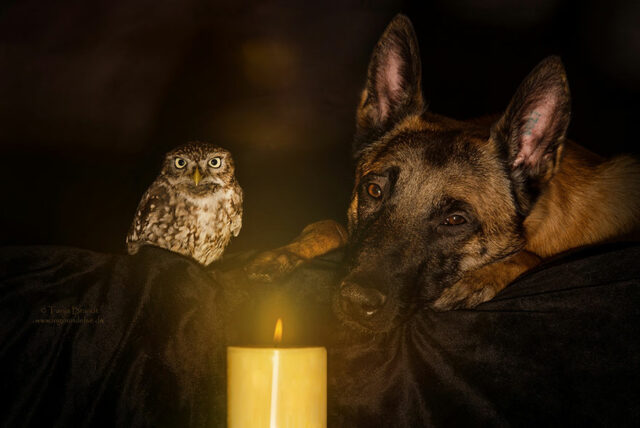 These two species have responsibilities now but still, find ways to hang out with each other. Poldi found her lady and Ingo is busy with his social activities. So sweet that despite all that, they remain best friends. 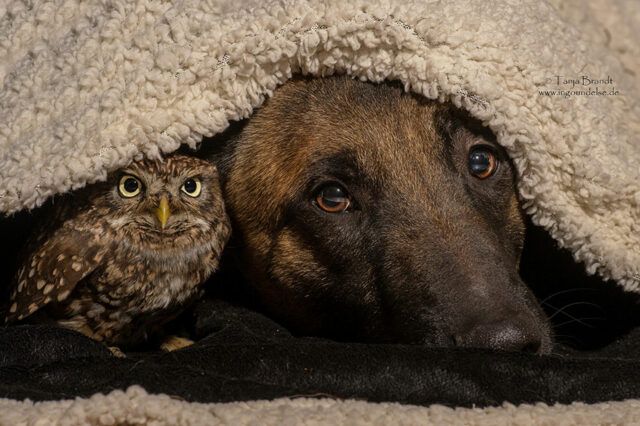