Benji, a therapy dog, loves people so much he bears business cards to better connect with his human clientele.

“My name is Benji,” the cards reads alongside the dog’s smiling mug and trademark red bandana. “I hope my visit has brightened your day.” The back of the card offers Benji’s professional credentials (Gold Volunteer with Therapy Dogs International), age (born in 2011), and recreational interests. When he’s not hard at work comforting hospital patients, there’s nothing this Golden Lab loves more than a brisk game of fetch. 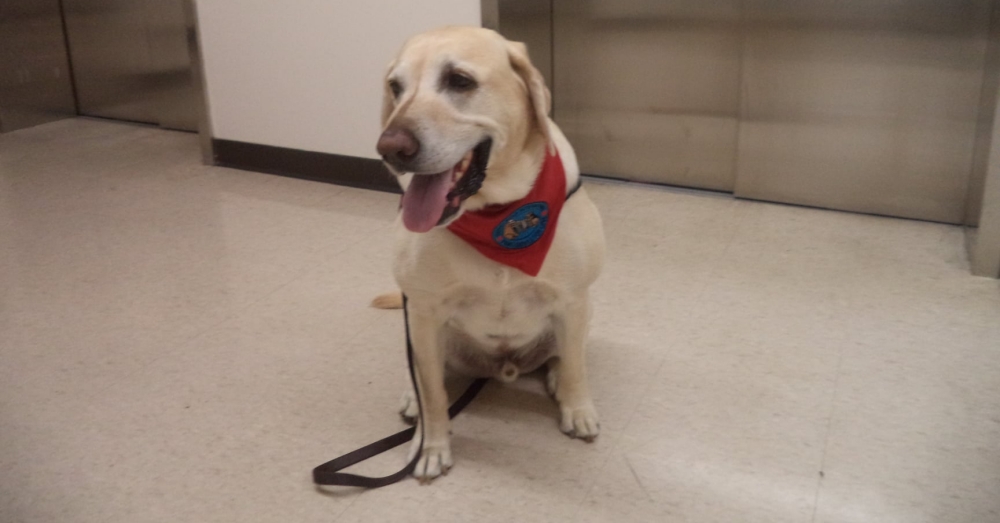 So far, Benji’s networking push appears to be working. “Everybody just loves this dog, especially at the hospital,” Benji’s owner (and printer of the cards), Russel Teck, told The Dodo. “I hear his name being called from the second I walk in the front door to the second I leave,” said Teck (aka “Benji’s Dad” on the hospital circuit.)

But unlike regular business cards, which are easily lost or discarded, Benji’s patients keep his details close, according to Teck. “When I see [the hospital patients] maybe one or two years later at a Walmart or something, they’ll say, ‘I have his card hanging on my refrigerator.’ Or, ‘I have his card in my wallet.’”

TODAY AT WORK A DOG GAVE ME HIS CARD pic.twitter.com/RLzrbq38VT

But Benji’s future vocation as a therapy pet – which doctors have linked to improved health, reduced stress, and quicker recovery times, hence their growing presence in hospitals and nursing homes – wasn’t really obvious at first. “When he was a puppy he had a lot of anxiety, and we were trying to find him something to do,” Teck told The Dodo. 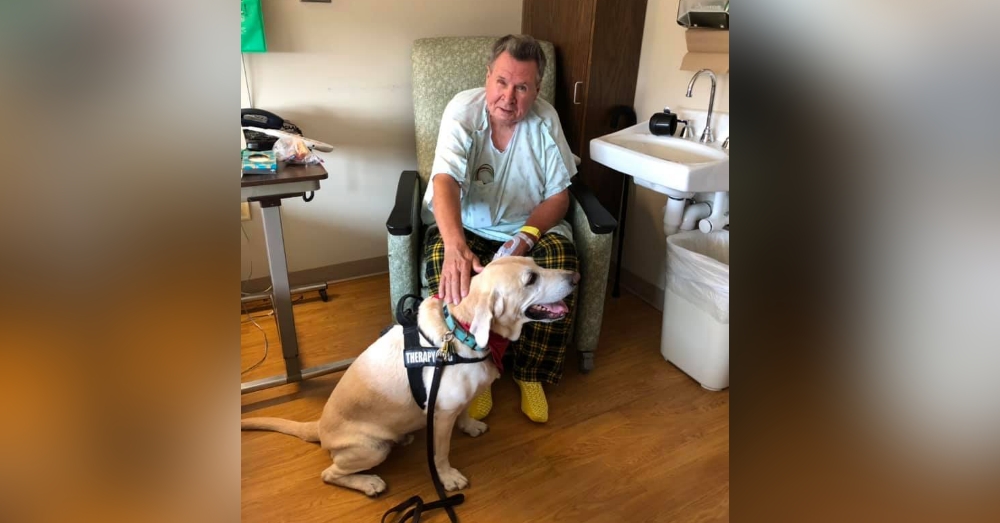 Dad considered building an agility course, but the yard was too small. Then Teck heard about therapy dogs — and suspected his sensitive pooch would be a perfect fit. “I watch a lot of dog shows on TV and therapy dogs came up a couple of times, so I started doing research into it to see what’s involved,” he told The Dodo. “And I thought, ‘I’m going to try it.’”

Five years later, Benji is a fully certified therapy dog with more than 1000 hospital visits under his figurative belt. And he’s a natural at work, connecting with staff and helping patients relax — perhaps because he was once an anxious pooch, too. Benji is even invited to funerals, demonstrating how therapy pets can also become part of the family. 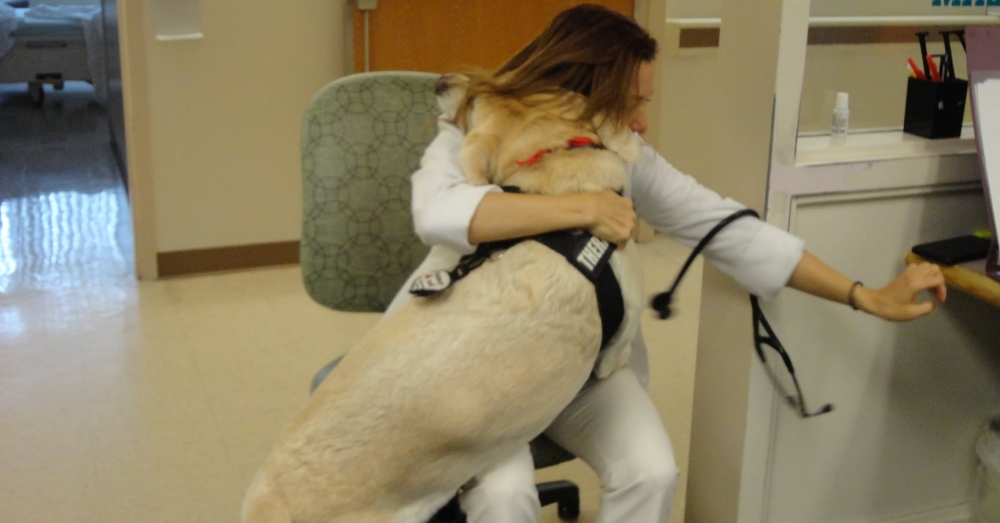 “I try to take him to the funeral home for each one of them — the families always thank me for bringing him,” said Teck, who has also found newfound purpose in his role as Benji’s Dad. “It’s really touching.”