Ziggy and her handler, Amanda, are part of a therapy dog team from Austin Dog Alliance in Austin, Texas.  Not long ago, they were contacted by a family requesting a dog to come to their daughter’s birthday party. 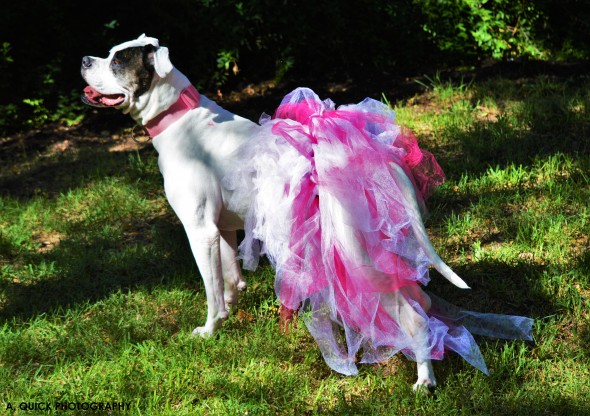 Ziggy, an American Bulldog, and her handler, Amanda, are a therapy dog team with Austin Dog Alliance in Austin, TX. Recently they were contacted regarding a family that was seeking a dog to attend their daughter’s birthday party for the sweetest of all reasons. 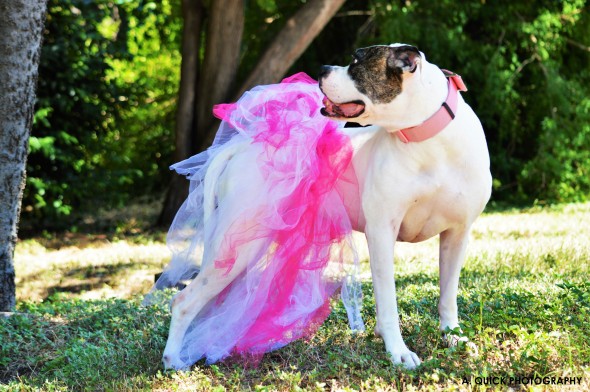 Their daughter, Reid, was turning three and she wanted a dog themed party and she wanted her Labrador to be in attendance, but sadly the aging dog passed away before the big day. Of course, Amanda and Ziggy knew that they wanted to help, so Ziggy put on her best tutu and surprised Reid at her party! 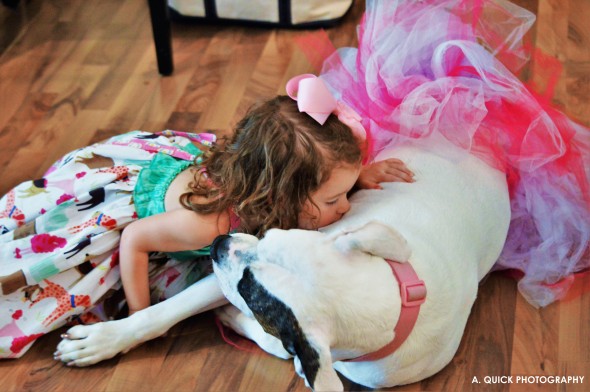 Ziggy let the guests paint her nails and played fetch and posed for pictures. She made sure that the birthday girl got extra snuggles! Reid didn’t mind that she didn’t know Ziggy, she just kept hugging Ziggy and telling her that she was beautiful and thanking her for coming to her party! There was an instant bond between child and dog and Reid had a wonderful third birthday after all!