Diamond had been badly abused while she was being used to churn out fighting dogs and likely serve as bait to them. She was put in a shelter, and ended up with the person whom she needed and who needed her the most – the new mom who’s helping her heal from her life of terror. Diamond’s skin is too sensitive to be exposed to sunlight, so her mom makes her protective outfits.

Scars on Diamond’s head and body are from battery acid that was probably used to punish her because she wouldn’t fight. She wound up in Atlanta’s Fulton County Animal Services, whose dedicated staff work tirelessly to find good homes for all their animals. Volunteer Neely Conway posted a bio about her, hoping someone would give this wonderful girl a home. 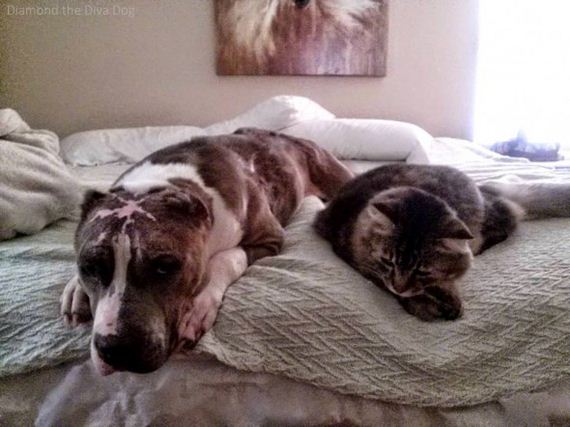 Diamond loves Sushi…. the cat, that is!

Melinda McGuire was shown that post, and she instantly fell in love. Melinda was going through a rough patch, and had recently had to say goodbye to her 16-year-old dog. When she saw Diamond’s photos and stories she drove to the shelter and vowed to give her a home.

“I was scared, but I forgot about all the joy it brings.” she told Mashable.

Joy, yes, but also unforeseen hurdles. Diamond’s burnt skin was so delicate that she would require extra care when outside. Melinda puts sunblock and moisturizers on her now, but the first day in the sun was a lesson. 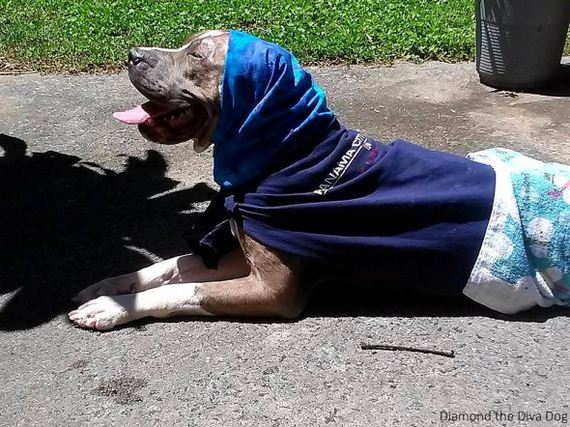 “Diamond had been with me about 5 days and was still very, very sick. This was the day that she went outside to lay in the sun, and I realized that wasn’t going to work because her skin was literally becoming too hot to even touch.  The Diva’s very first outfit was actually this ….. a Panama City Beach t-shirt, a bandana….. and a dishtowel.”

Melinda had spare fabric from making her granddaughter a princess dress, so she fashioned a babushka and cape for her.  Diamond wasn’t incredibly please after sitting so long for her first fitting, but she definitely became a fan of her new clothes and the attention they brought. 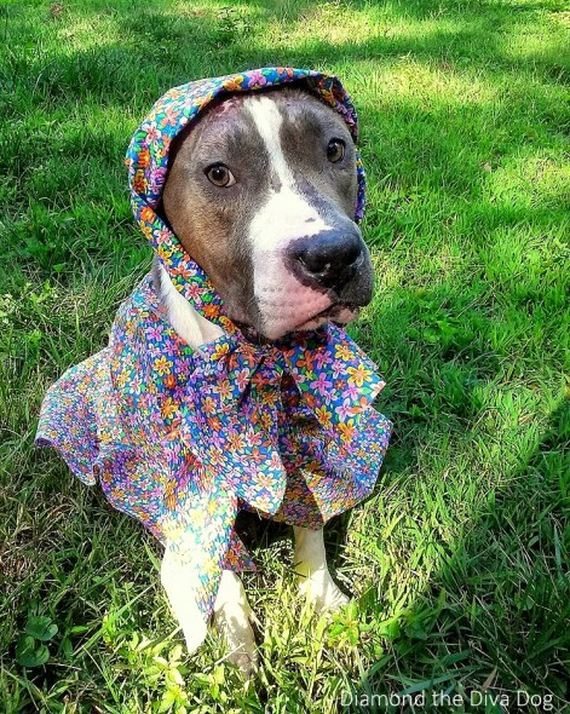 “If she had not enjoyed wearing her outfits so much, then I think it may have ended that day,” Melinda said.  “But I threw in a pair of the little kid’s sunglasses, and Diamond loved every minute of it.”

Thus, Diamond the Diva Dog.  In addition to protecting her skin from the heat and cold, her floral clothing has also helped protect Melinda and herself from the rude stares of judgmental passersby.

“I had been so worried about people’s perception of her – and I guess of me, as well. I already had one woman ask me why I had done that abuse to her, and I sure didn’t want anyone to assume that Diamond was aggressive on account of her appearance,” Melinda explained. “Instead, people kept coming up to us to ask if they could pat her or if their children could. She became an instant favorite at the vet clinic when she came in with her Sesame Street cape on and sprawled out in the middle of the waiting room.” 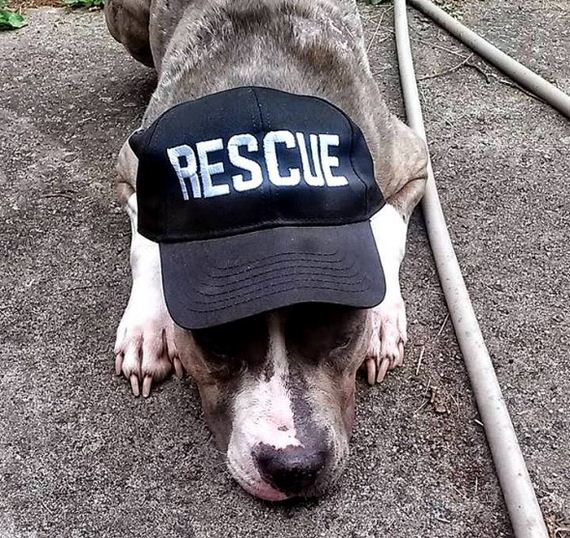 When she was first adopted, Diamond had a severe ear infection that required daily treatment for three weeks. Melinda got to be good friends with Dr. Michael Good, who launched the Homeless Pets Foundation, which pulls animals from kill shelters and finds them homes. Now Melinda is using Diamond’s celebrity status for this good cause. 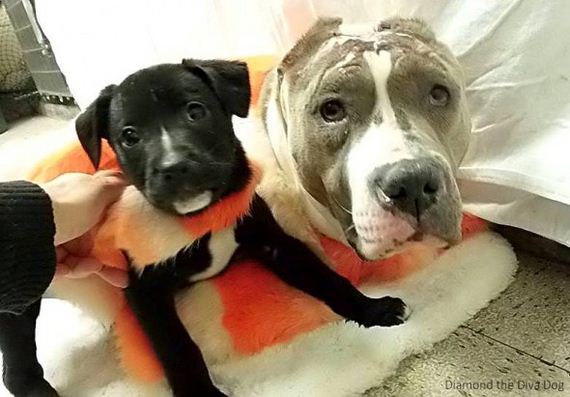 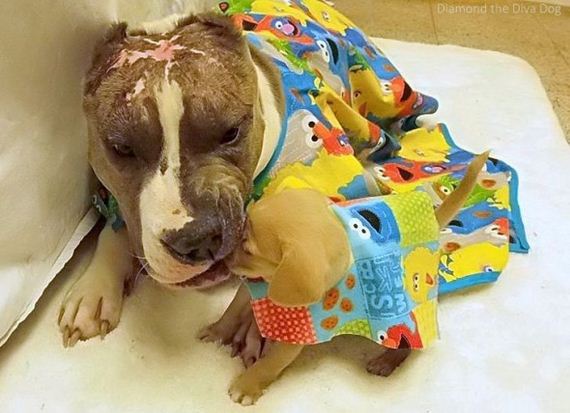 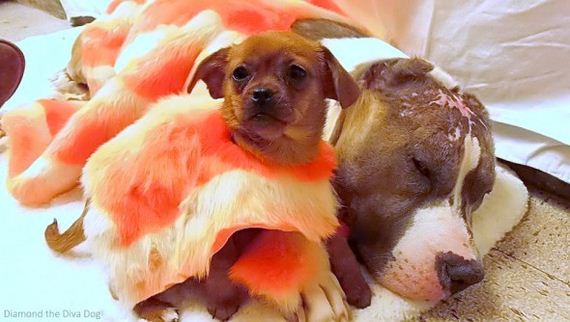 Looking after rescue puppies all day is exhausting! 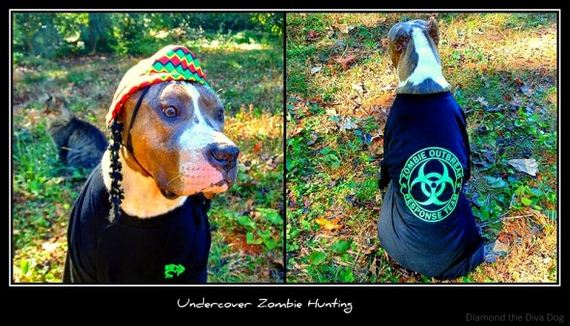 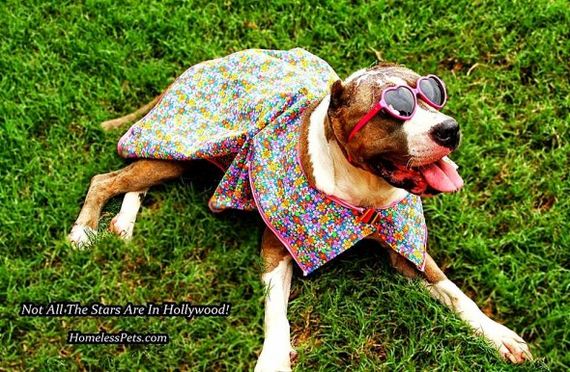 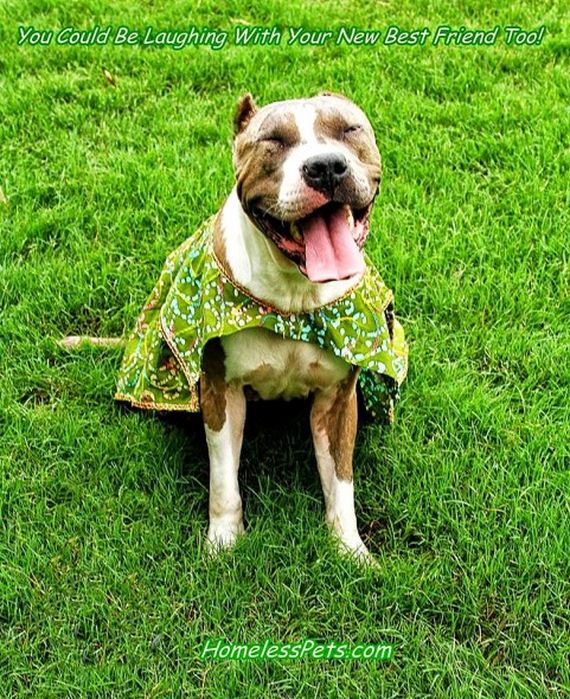 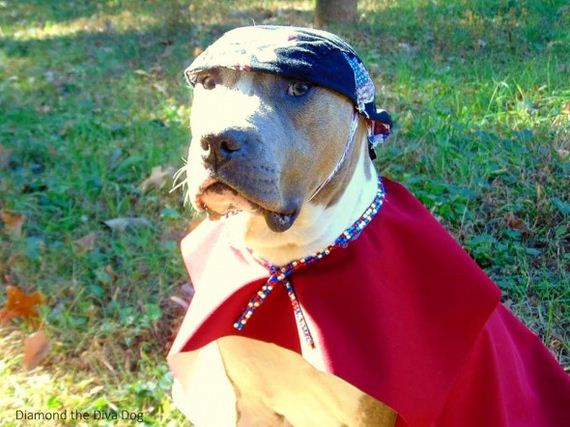 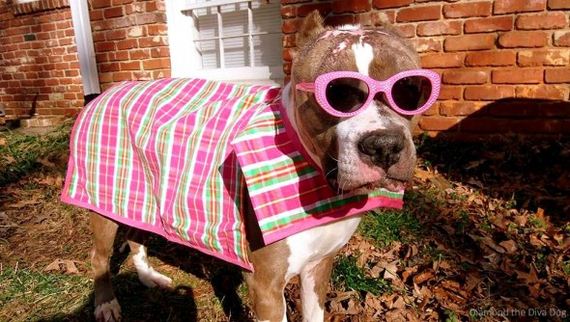 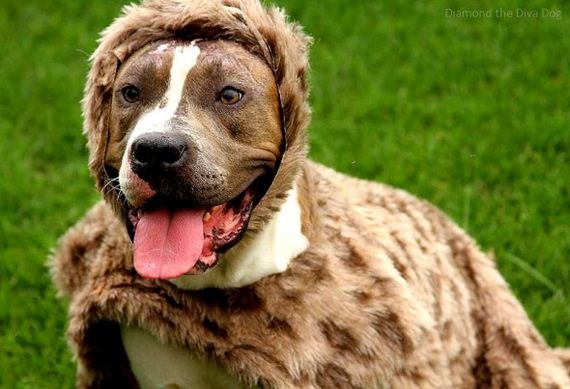 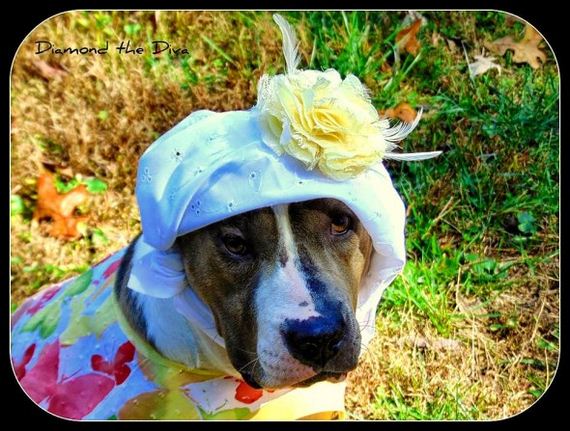 Well, not every one can be a winner…