Sometimes we find something amazing in the most unexpected places. Some of us look at a prison like it’s a dark and scary place. But not these shelter dogs. They found something beautiful inside the prison walls.

Dogs on the Inside is a film that follows the relationship between neglected and abused stray dogs and prison inmates, as they work together towards a second chance at a better life. In the film you will see a beautiful friendship between man and dog blossoming in the most unlikeliest places. With each other, they found love and trust. 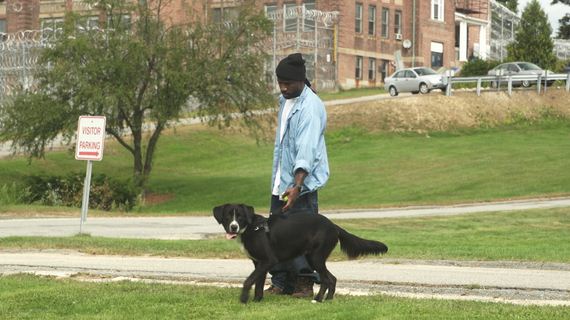 All of this has become possible through the work of a devoted team of animal rescuers who brought the dogs to a Massachusetts correction facility. In there, the prison inmates train and prepare the dogs to make them ready for adoption. But their connection goes deeper than that. The dogs who have been neglected and abused before have learned to have faith in people again. And because of the dogs’ love, the inmates are reminded of their humanity and their capacity to love. Watch the trailer below to take a glimpse of this heartwarming film.

This film is simply beautiful, powerful, and moving to the core!

Dogs on the Inside shows us that both dog and man deserve a second chance in life. It shows us the resiliency of a dog’s trust, as well as the generosity of the human spirit. It shows us that sometimes, it’s not humans, but animals like dogs, who remind us of our humanity and teach us how to love again.