The Colorado Animal Rescue Shelter opens its doors to every animal, no matter how their walk of life has led them there. And we mean every animal: dogs, cats, chickens, rats, and lizards have all found refuge at the facility.

But of all the animals they’ve helped find forever homes, this pup made the biggest mark on volunteers and staff members’ hearts. Found abandoned in Glenwood Springs, the cutie was full of personality but mysteriously unable to use his hind legs.
Vets ran tests that came up short in figuring out what was paralyzing the pup, now going by Ernie. 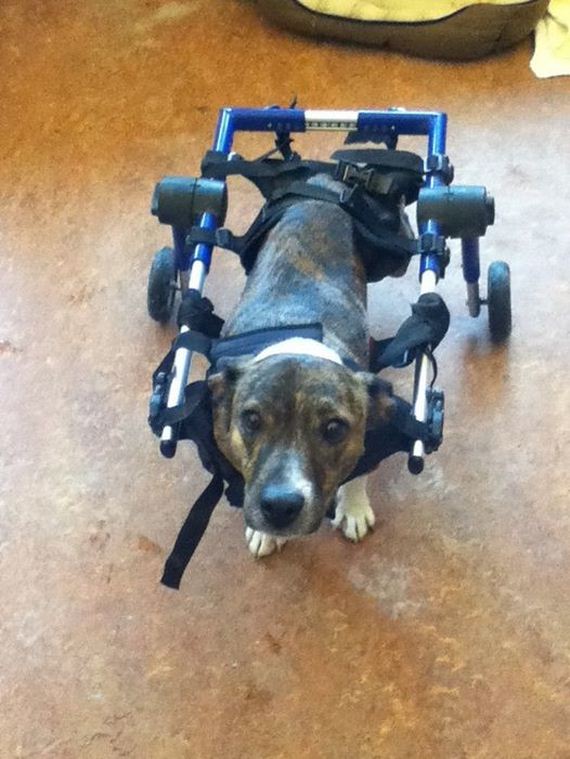 hey couldn’t find any evidence of a slipped disc or other issue, but that didn’t stop the crew from doing their best to build up his strength. 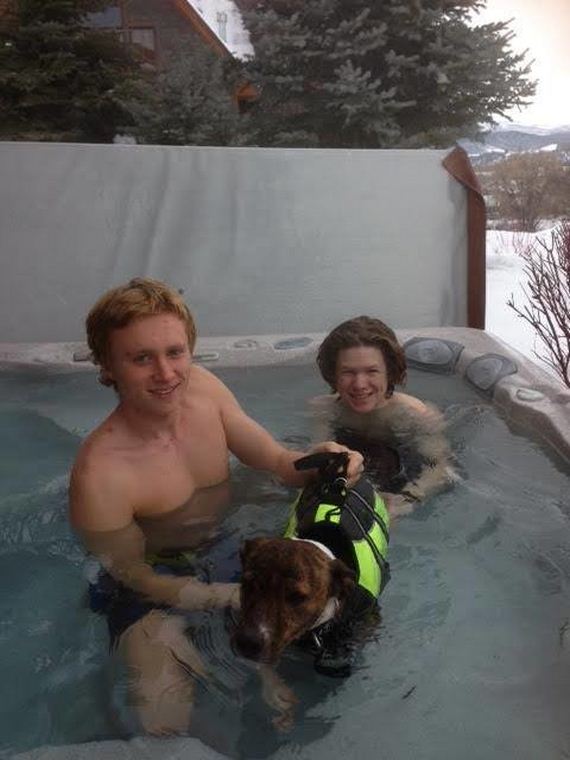 They tried physical therapy, acupuncture, and other methods, without much result, but he was finally becoming well enough to find a forever home. 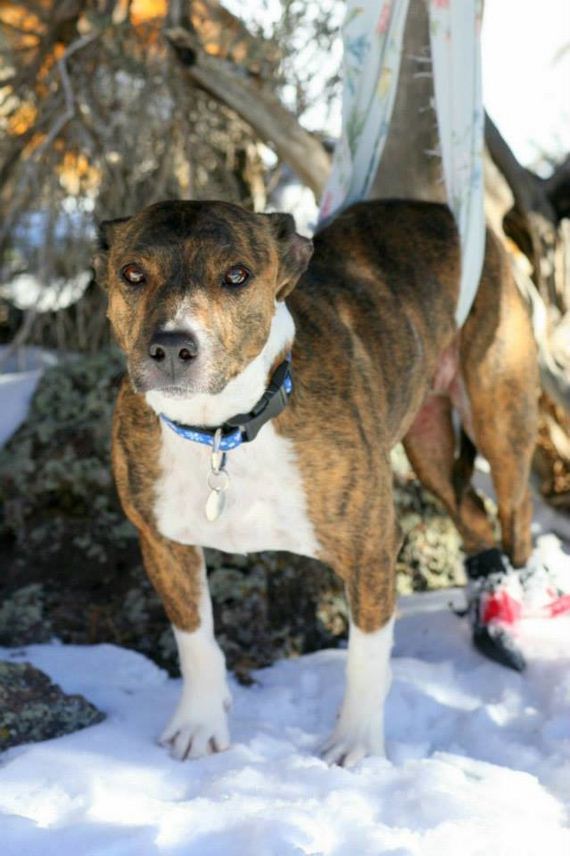 Like many animals with special needs, it took a bit longer than usual for someone to step up to take Ernie into their care. 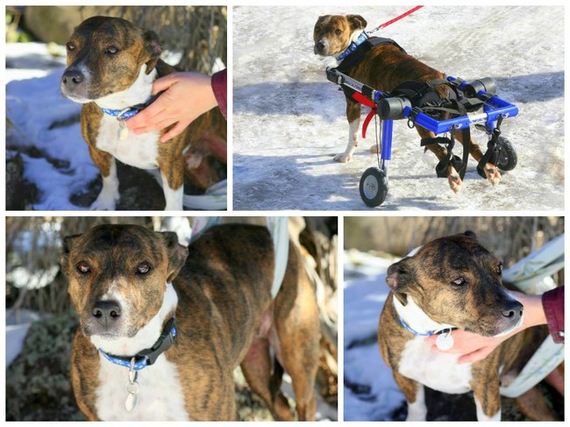 Then one day, a woman named Susi Cooley came to visit the shelter and decided to take the special boy home with her. There was just one problem: she was about to leave for vacation. 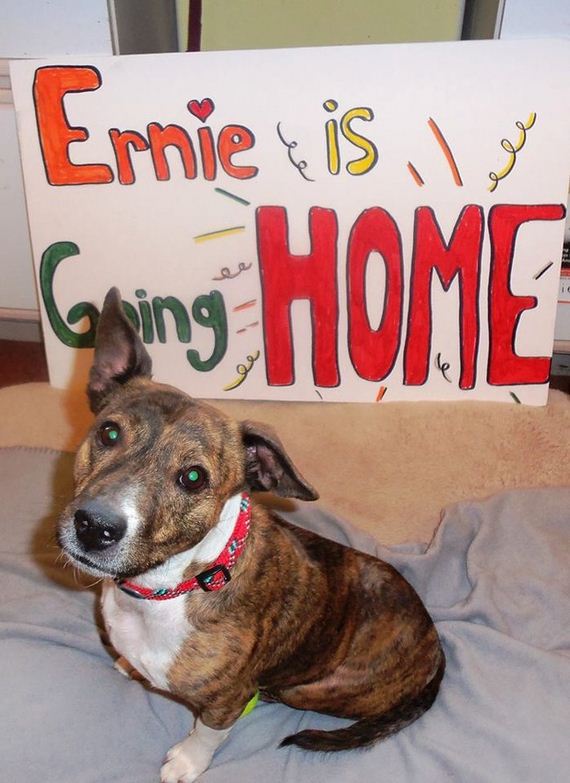 She told the shelter if he was still there when she got back, she would return for Ernie.

To her surprise, he was still at the shelter when she came home — and even more surprising, he didn’t need his wheelchair anymore. 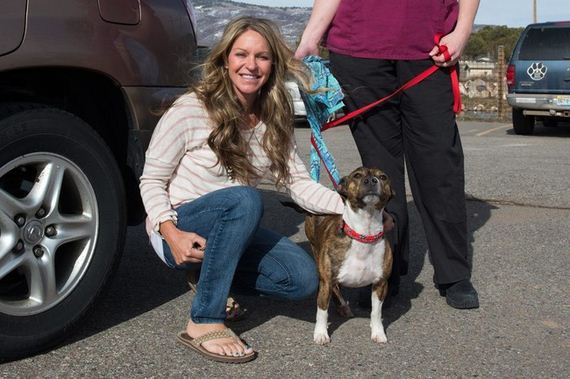 While waiting for Cooley’s return, the employees were stunned to see Ernie suddenly start walking all on his own. 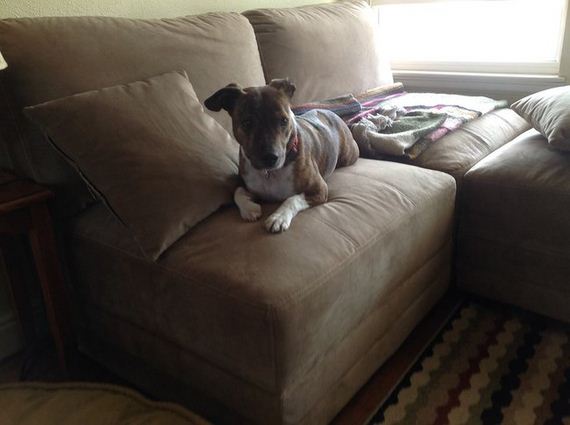 The paralysis remains a mystery, but it seems like the pup just needed an extra dash of hope to bounce back. And whatever the cause, both Ernie and his new family couldn’t be more thrilled to have the healthy dog in their home.