While most people say that their pets don’t really like the snowy season, this family has to prove the total opposite of that. They have a dog, and this dog really loves the snow. That is why his family decided to make him happy, and let him outside to play with the snow as much as he wanted to. when they get back outside they watch their dog playing just like a little child. the excitement was way too real for the dog, and he made sure to show that to everybody. 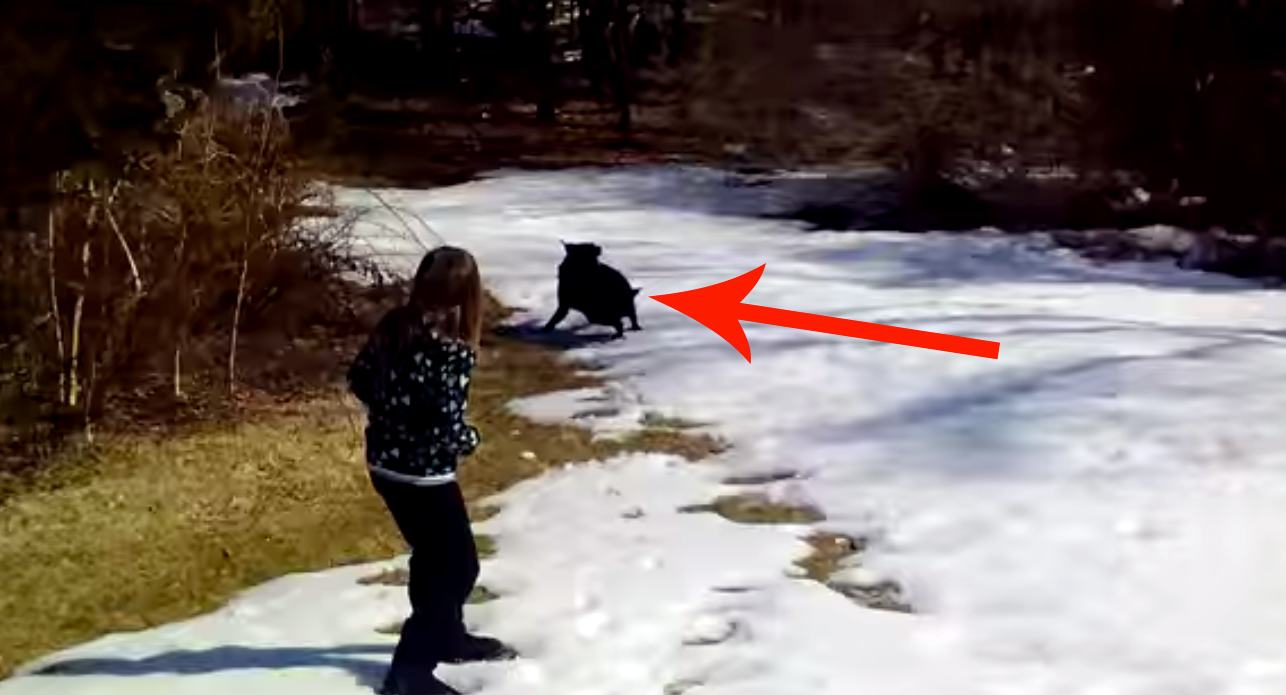 I gotta say that the family is totally right for laughing out loud to the games their little dog is doing. I mean how can you not laugh at a dog that slides up and down the snow while pushing himself? You could have never imagined but this dog does know how to play in the snow, more than most of us do. He is just trying to seize the moment because he never knows when might be the next time he is going to play in the snow. I just want to tell everybody, if your pets love to play in the snow, then you gotta let them play in the snow. Nothing will make them happier than doing what they most want to.

Take a look at this dog for example (I think he is a black Lab.) How happy does that face of his looks when he slides in the snow? And as soon as he gets up, his family asks him to do it again, and he does it without any hesitation. In this case is nut just the dog who is getting entertained, but the family as well. For them it is a great pleasure watching the dog having the time of its life. For more details you should watch the video below.