This video of a thirsty doggie running around Lima, capital of Peru, begging for some water with a bucket in his mouth has gone viral, stirring emotions all around the world. The unnamed canine, who was filmed in the district of Chorrillos, is one of the victims affected by Lima’s latest water shortage, which has already left 75 people dead and led to more than 1 million Peruvians being forced to abandon their homes. 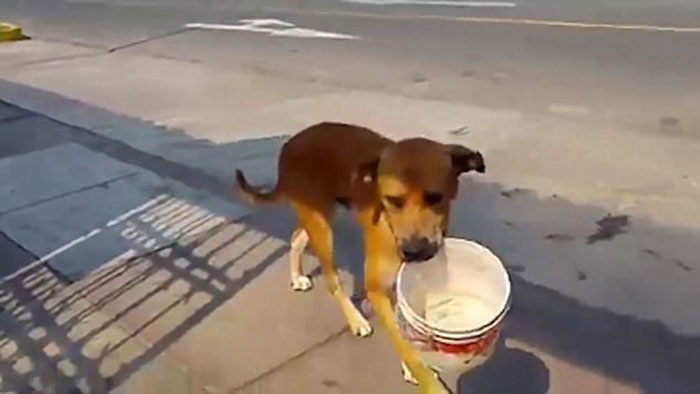 A water company called Sedapal suspended their supply of drinking water in the capital of Peru, after the water was confirmed to be contaminated with mud as a result of severe floods in the area. The company is said to be doing everything it can to solve the problem. Meanwhile, huge containers of water have been put in different parts of the city for people to share.

Still, this poor doggie obviously took it into his own hands – or rather, jaws – to make sure his water needs are met. What a smart dog with some serious skills and strategy!