Common wisdom holds that cats and dogs just don’t get along. But a viral video of a Beagle wrapping a protective paw around his best feline friend has led people to question the notion that differing species must “fight like cats and dogs.”

“Bo loves his cat siblings so much,” said Lisa Plummer, the 5-month-old Beagle’s owner who captured this adorable moment on film. The video has since garnered thousands of comments and shares on Facebook and Reddit. 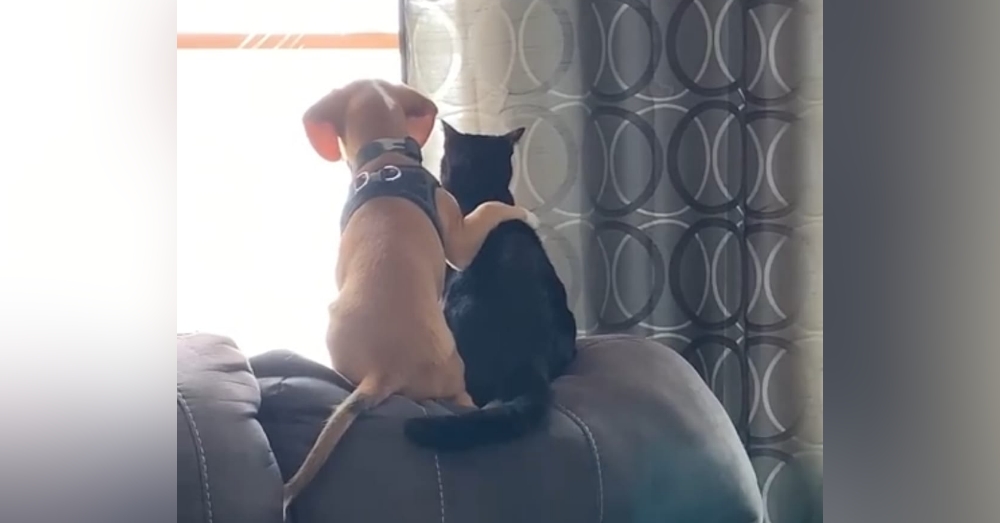 In the video, Bo jumps up to be near Jasper, a 10-month-old cat perched on the couch and staring out the window. The friendly Beagle then wraps his furry best friend in a warm puppy hug. The impromptu display of affection leads the cat, Jasper, to start wagging his tail.

“They literally drive me crazy with their constant chaos,” Plummer wrote on Facebook. “This sweet moment melted my heart and made me want to take back all the bad things I’ve said about them,” she laughed. You can watch the entire video below. 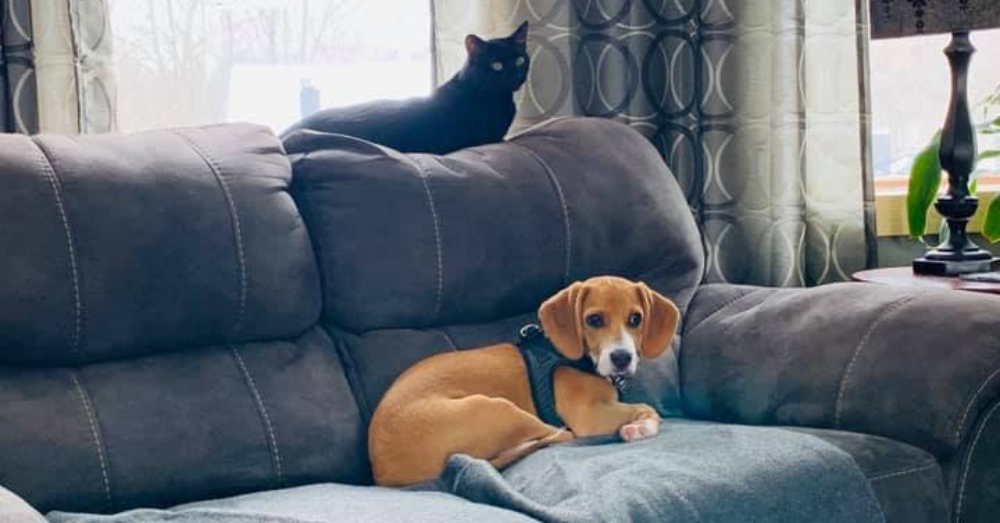 Thousands of users became enamored with Jasper and Bo’s friendship on Facebook or Reddit, where the video quickly went viral. “This is why I LOVE animals!!” one user wrote on Plummer’s Facebook page. “So adorable! I am so glad you caught this!” another person agreed. “I have watched it a dozen times today.”

Some people wished their cats and dogs played so well together. Others felt inspired to get a pet of their own! “I can’t even believe this is real,” one user wrote. “My doggo loves his kitten sisters and they definitely cuddle/lay together, but he is 10x their size.”

We’re also inspired by Bo and Jasper’s unique friendship, which you can see for yourself in the video below! Hopefully their unique bond will inspire other people to welcome rescued cats and dogs into their homes.