This is not something most shelters come across every day– two dogs and a pig who were left in the “stray building” of Animal Rescue League of Berks County, Pennsylvania one night in September. 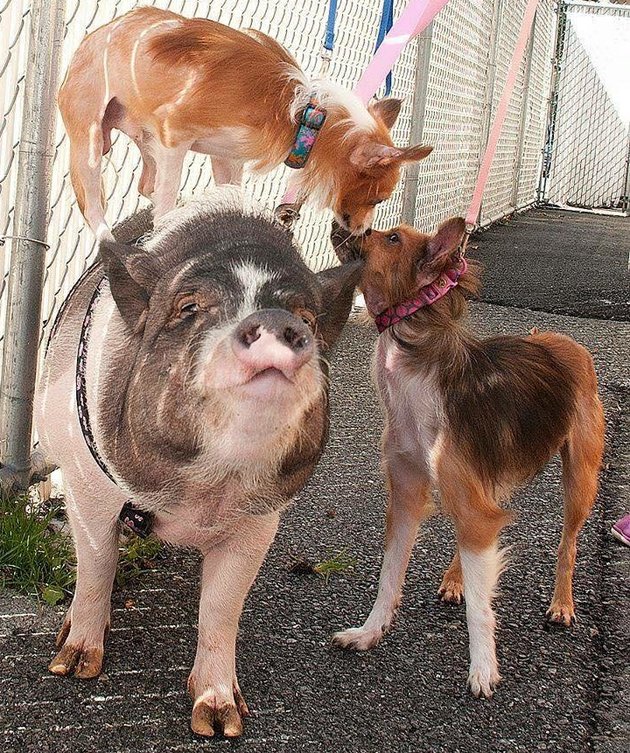 The rescuers found them the following morning. There was no note, nothing to tell them where they came from or why they had been abandoned. The animals seemed love and well cared for, so they believe the owners must have fallen upon hard times. A turtle had also been dropped off, but did not appear to be bonded to the other animals and he was quickly adopted out.

But the other three are clearly a bonded family.

“They are incredibly bonded, they sleep together, walk together, curl up together,” Sarah McKillip, Shelter Manager for the League told iHeartDogs.com. “You can tell they love each other.” 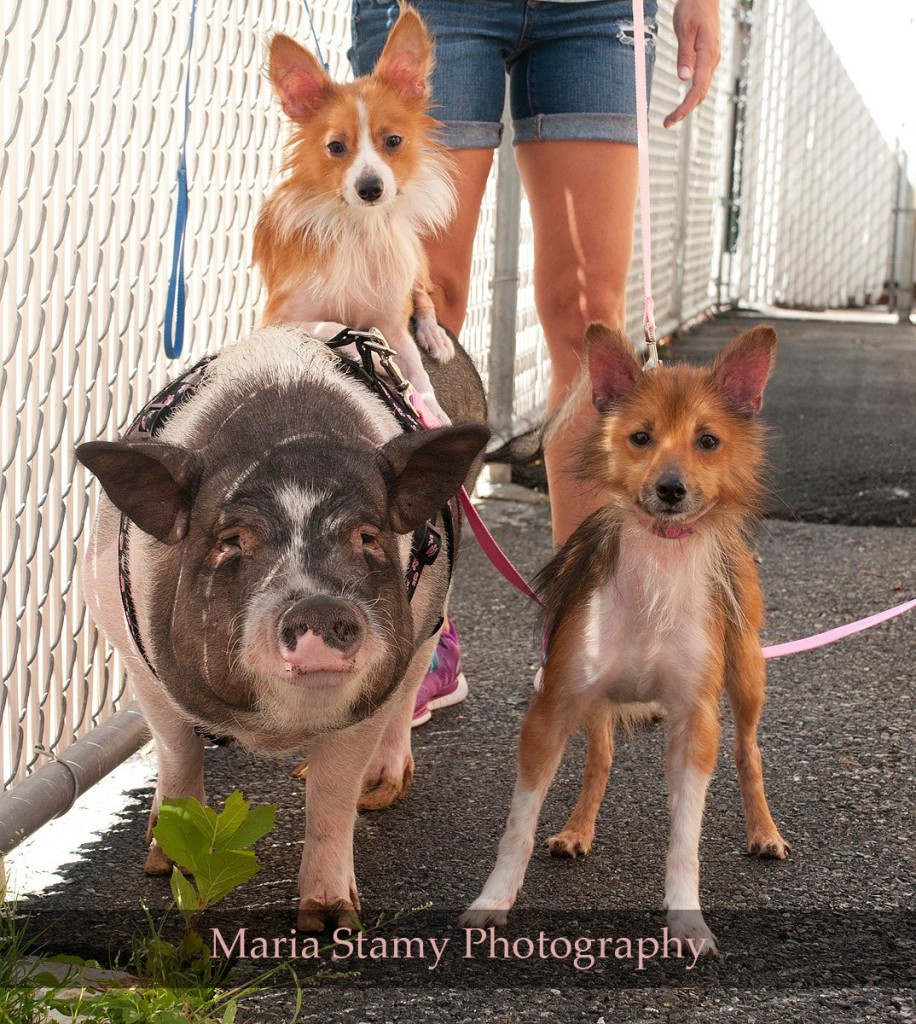 Now named Pattie the Pig, Pickles and Paprika, or Triple P as they are called at the shelter, they waiting for that special family that would like to take two dogs and a pig on daily walks.

Pattie is a 120-pound indoor pet pig, housebroken, harness and leash trained, with lots of personality. 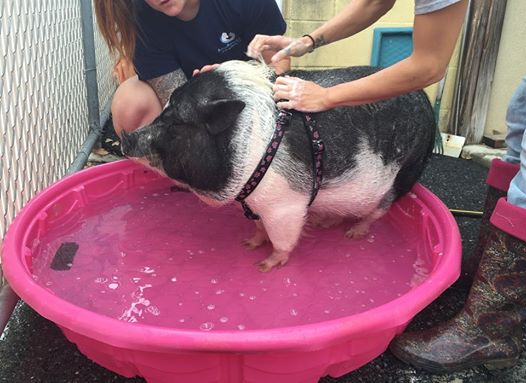 Pickles and Paprika are small dogs, maybe Chihuahua and terrier? Who are also very friendly.

The shelter is looking for “An animal loving home that has pig experience. A home that is patient and understanding and promises to send us lots of pictures,” McKillip told us. 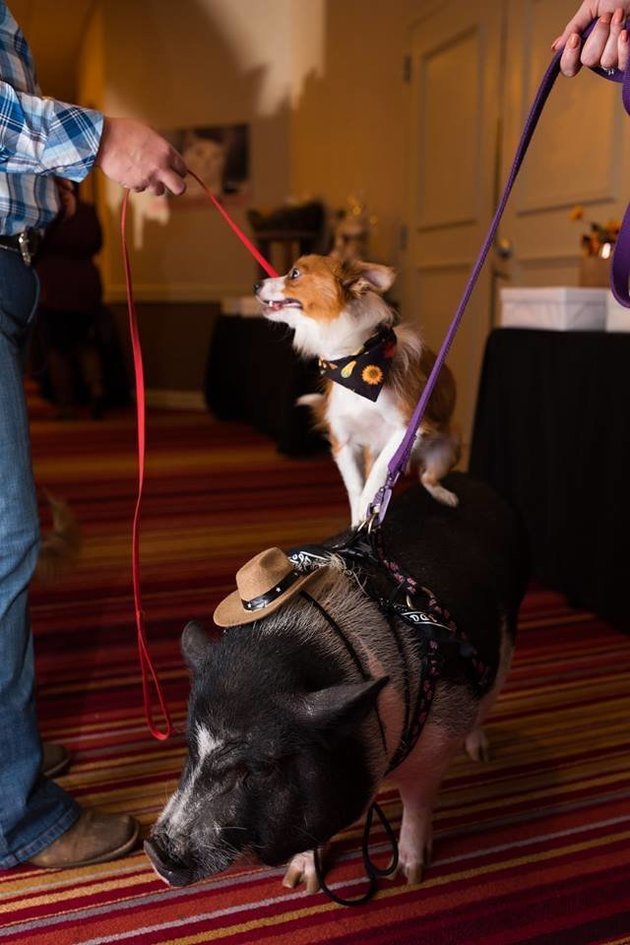 They have had an overwhelming response, but at this time, Triple P is still looking for a home. They will adopt out of state for the right fit, but they can’t afford transport and a person’s city or township must allow pigs.

Their adoption fee has been taken care of, however. 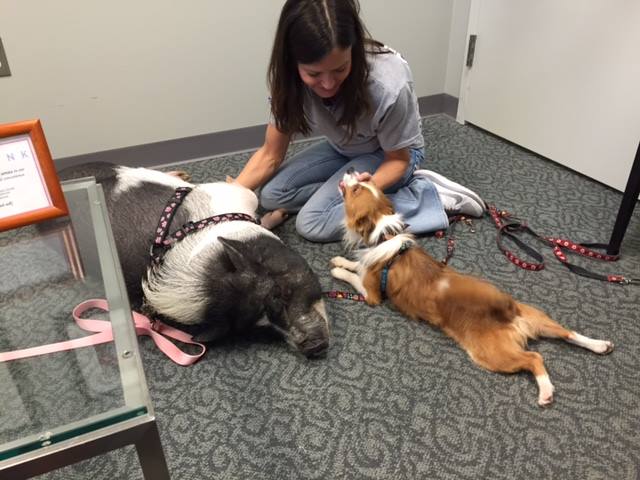 If you are interested in giving the trio a home, contact Sarah McKillip at smckillip@berksarl.org just be patient about a response, she’s received hundreds of emails.

Can’t adopt? SHARE this post to help them find their dream home – we know it’s out there!