Dogs are loyal by fault, they are such amazing companions, always there to lift our spirits with their unconditional love. If given the chance, they will never leave your side. The uninterrupted loyalty, care, and support means that you never have to feel alone.

Who would have thought that celebrities, just like us, rely on their dogs for comfort. Recently, one superhero has revealed that not all heroes wear capes, some just have fluffy paws.

British Actor Henry Cavill, who is best known to audiences for playing Superman in Man of Steel to Justice League and even for his appearances in Mission: Impossible – Fallout and Enola Holmes, has recently opened up about what his furry friend means to him. Even the superheroes we know and love talk about how the support for a loved one can help with mental health. 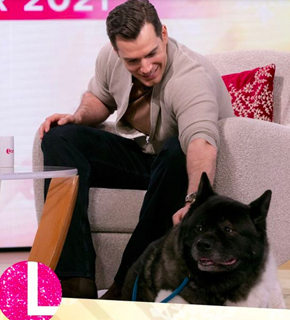 Fans who follow the star on his social media platforms are familiar with the actor’s American Akita named Kal who Cavill has had since the puppy was only 10 weeks old. In the eight years since then, the two have been inseparable, with the busy star bringing his dog along with him absolutely everywhere he can.

In a post from last year on Instagram, Cavill described Kal as “a strong contender for the world record on converting dog haters, takers or leavers, and fearers into dog lovers.” 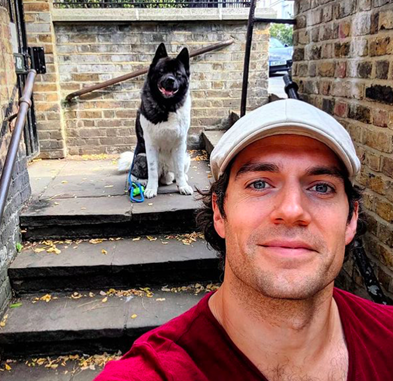 The film star regularly shares pictures of his well-groomed American Akita with captions like the one above to his 17.7 million Instagram followers.

In December, Cavill appeared on British talk show “Lorrain” to promote season 2 of his Netflix show The Witcher–which premiered on December 17. The conversation quickly turned to his canine companion in which he told the host, Lorraine Kelly, just how important Kal is to him.

Cavill and Kal are so close, in fact, that the American Akita even accompanied his owner to an interview, where the easygoing pup sat by Cavill’s feet while he talked. It was clear the pair did in fact share what the actor called an “incredibly close bond.”

He explained that Kal has helped him greatly with his mental health: “He has saved my emotional and psychological bacon plenty of times. We have an incredibly close bond.”

Fans were delighted to see Cavill’s dog by his side as he chatted with Kelly and helped bring to light the importance of emotional support animals.

“He senses it when I have got my own stuff on, he’ll be close-he’s almost always close, but he’ll be closer.” Cavill told People. 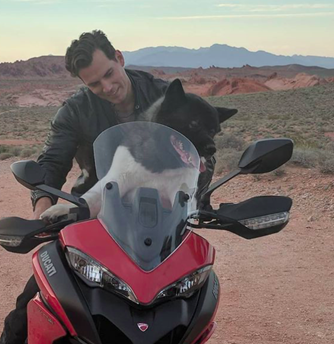 It is no surprise after the appearance on “Lorrain” to find out that Henry Cavill likes to keep his furry friend Kal around at all times, even when he is on set. He reportedly kept Kal with him on the Netflix Fantasy The Witcher.

“He was there the entire time, he spent most of his time in the trailer rather than on set,” Cavill told People. “Because when he can see me, but he can’t get to me, he tends to start making a lot of noise. We didn’t want him running in halfway through a scene or a sword fight especially, because he would be taking people down. But he was always there.”

The “Witcher” star then compared his relationship with his Akita, to his character’s bond to his horse, Roach. He explained that the horse is “Geralt’s best friend.” 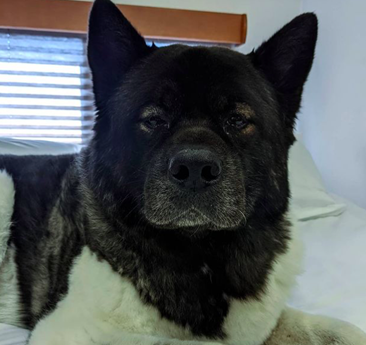 Cavill has also said in an interview with On Demand Entertainment that Kal is also a true companion for those moments where he just needs another being around but not necessarily to be putting lots of effort into a person.

He knows just like other dog owners, that our best buddies are the greatest companions.