In Delaware, a dog was walking and wandering around the thin ice, but unfortunately fell through. The poor creature was stranded in the freezing water. According to his owner, Mark Murowany, 13 year old Boo always walks around the lake but he never walked onto it before. When this all happened Mark’s mother was able to hear Boo barking from the ice watters. Immediately she ran outside to see his head poking out over the ice. She was terrified from what he saw, and immediately a friend of her’s, neighbor, called 911 and firefighters came right away to rescue him. Luckily they managed to rescue a dog that was drowning in a freezing pond. 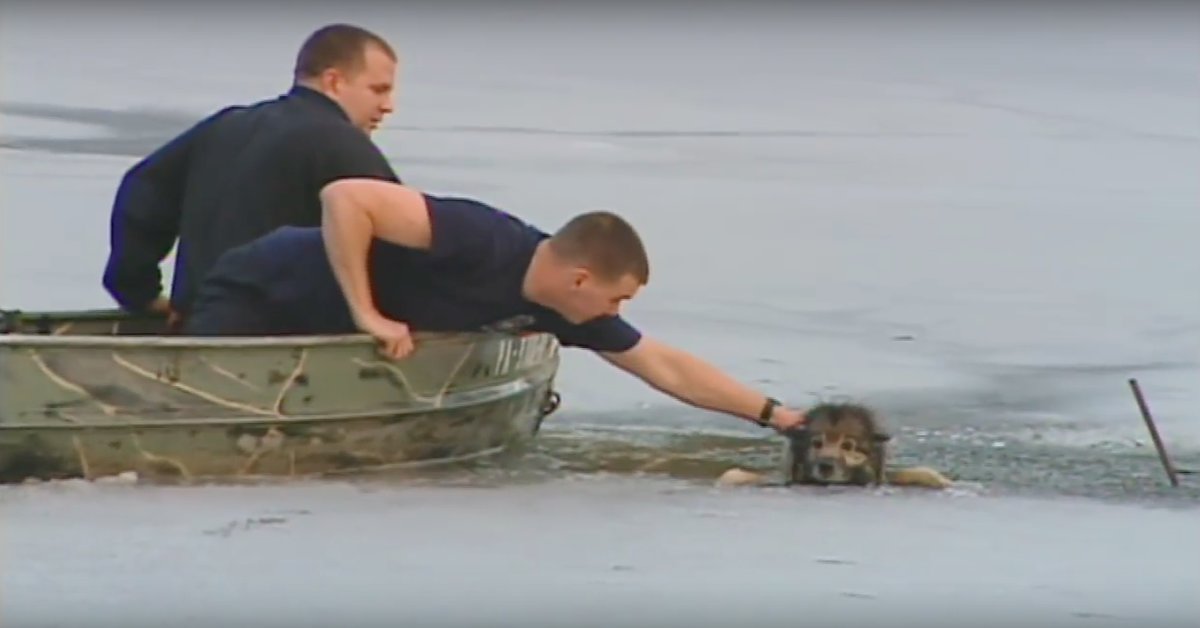 Once firefighter came, they had to break the ice little by little, to be able to reach Boo while using a rowboat. In some spots the ice was really thick which made it really hard for them to break it. But there was no other way to get to Boo, so they kept breaking the ice until they  finally got close to Boo. That is when one of the firefighters reached down to him, pulled him closer, and got him into the boat.  The dog was really cold, and for a couple of more minutes he would have freezed inside the pond.

Firefighters amaze us once more. They were able to save the 13-year old dog from drowning. Once they rescued him from the critical situation, they wrapped him up in blankets. From the sight of the dog, you will be able to see that he was really really cold. Right after they wrapped the dog with blankets, immediately they set up a space heater to keep him warm. Thankfully Boo was rescued because otherwise this story would have had such a tragic ending. The video below will inform you fully.