At just 10 weeks old, a puppy named Lisa was brought into the Humane Society of Silicon Valley with scars all over her face and inflamed eyelids that required surgery. While she got the care she needed, she would always bear the facial scars, and the staff worried that she would never find a permanent home — people can be pretty shallow, after all.

But they needn’t have worried. On seeing this “unusual-looking” puppy, the Doblar family instantly fell in love. 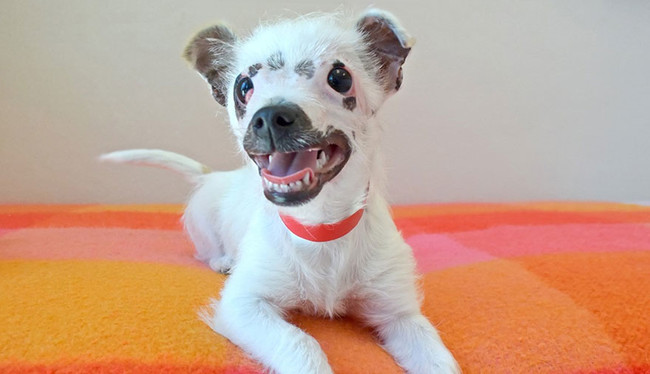 Her inflamed eyes and other facial scars might have made it difficult for her to find a home, but personality-wise, she was just like any other puppy. 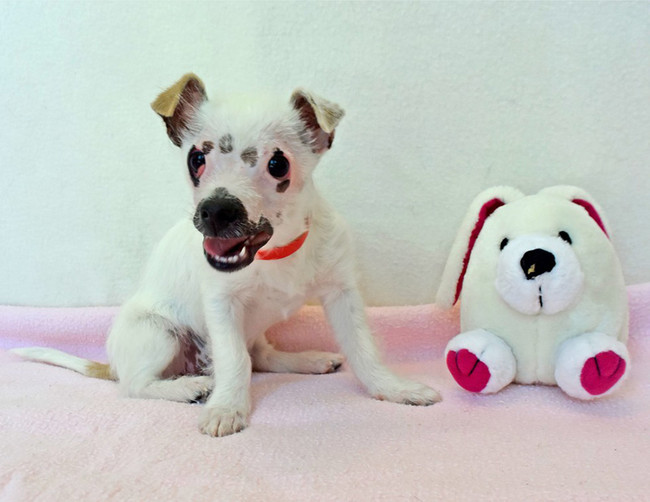 HSSV’s Finnegan Dowling said that despite her physical challenges, Lucky was a “pretty typical wiggly, squirmy, happy puppy” and that she was very social. “She loves other dogs and toys, is ridiculously kissy and she’ll lick your nose clean off…She wasn’t hesitant or frightened or timid at all.”

One day, the Doblar family came to the shelter looking for a new dog. They’d recently lost their old pooch, and wanted a special replacement. They immediately fell in love with Lucky. 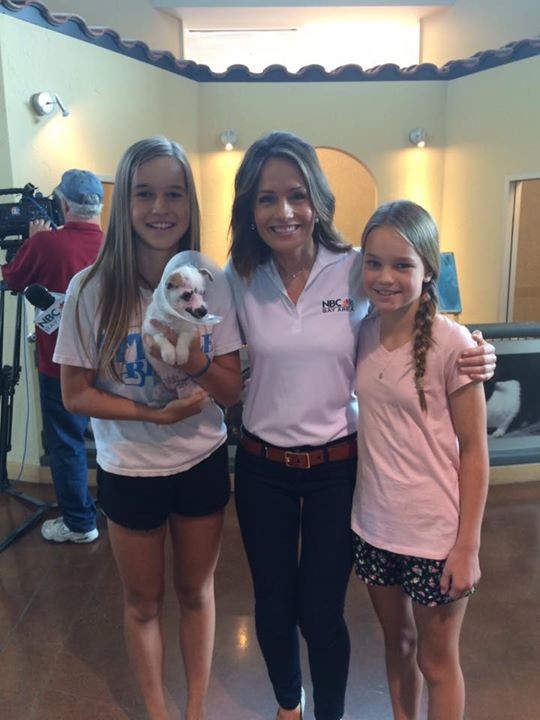 “She’s pretty funky looking [but] she just has a wonderful, sparkling personality,” Christine Doblar told The Dodo. “The fact that she was going to each of us, and [was] just as loving and exuberant with everyone she greeted…we looked at a few more dogs but nobody could compare to that.”

The Doblars decided to adopt her that very day. They renamed her Lucky — they felt that both she and they were blessed to find one another. 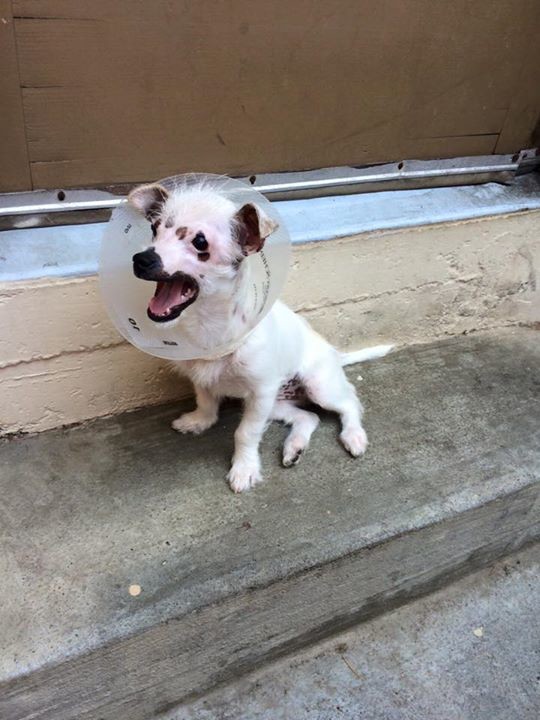 Since then, she’s settled in pretty well. 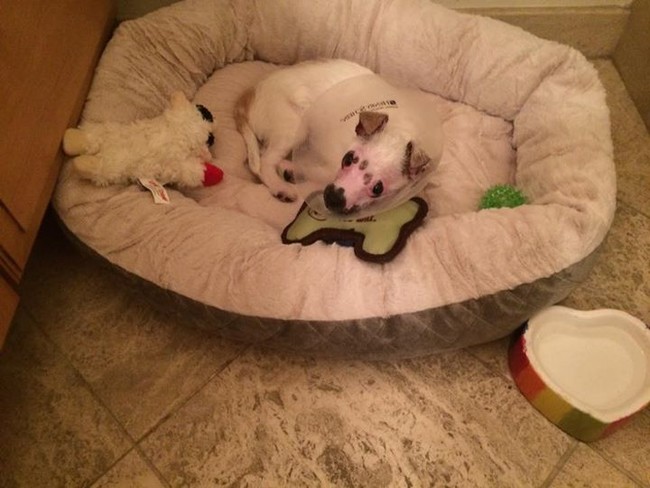 What a beautiful lady! 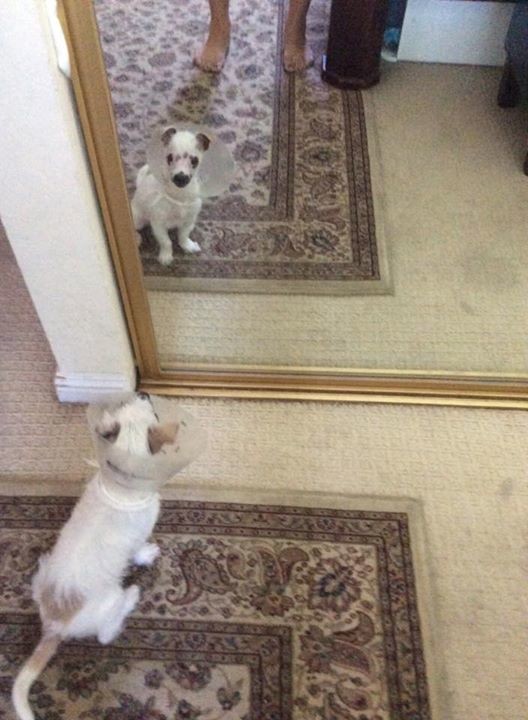 (via Bored Panda, The Dodo)

Lucky is also getting to know her six-year-old lab brother, Pele, who had been “kind of depressed,” according to Doblar, over the death of the family’s other dog. Now, the two are becoming friends.

It’s important to remember that even if they look funny, all creatures need love and affection. There’s also something that we can take from Lucky, says Dowling. “It doesn’t occur to her that she is different from other puppies. She doesn’t compare herself to others. Whatever caused her injuries, she holds no malice towards anyone for it.”