The terrible things that humankind is capable of never cease to amaze me. One pup in Minnesota was recently a victim of such cruelty, and his story will absolutely break your heart.
Clayton Van Wert, a truck driver, noticed a burning dumpster in a remote area. 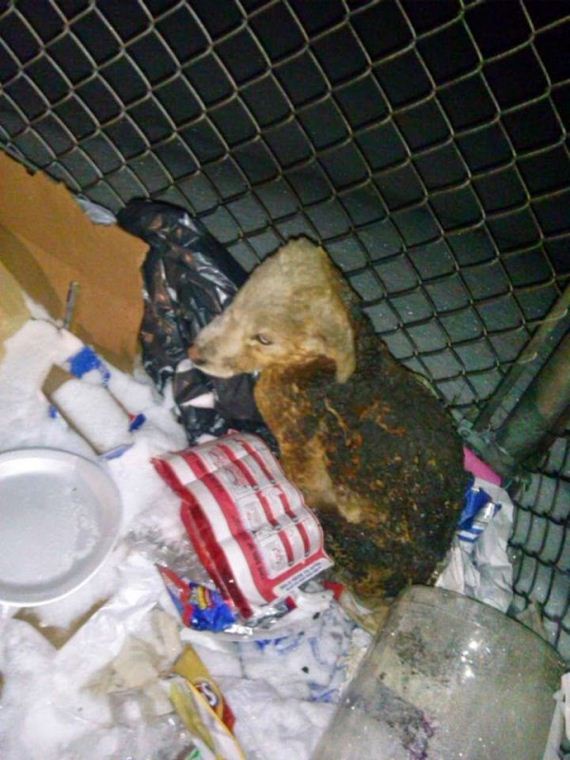 To his horror, when he investigated further, he found that it was a terrified, whimpering 5-month-old puppy on fire.
Van Wert sprung to action, grabbing the pup and putting the fire out, singing himself in the process. 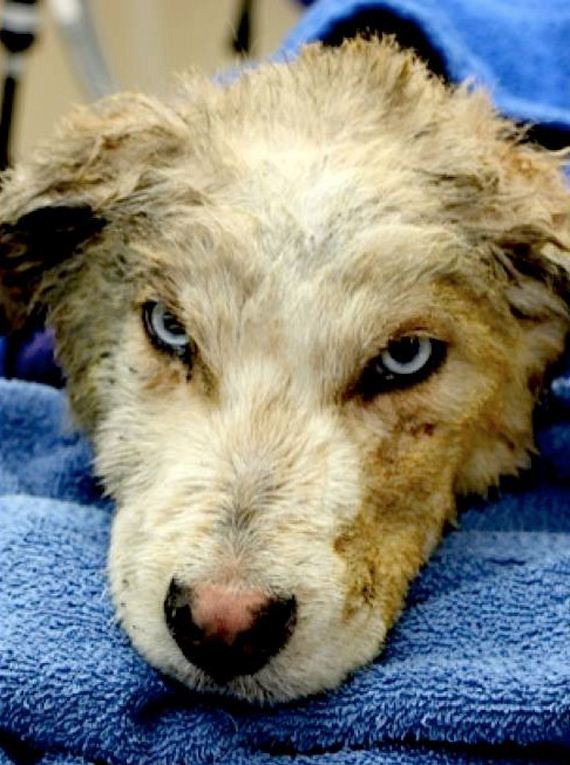 Upon arrival at the rescue center, the pup’s fur was carefully shaved to find out what horror lay beneath. 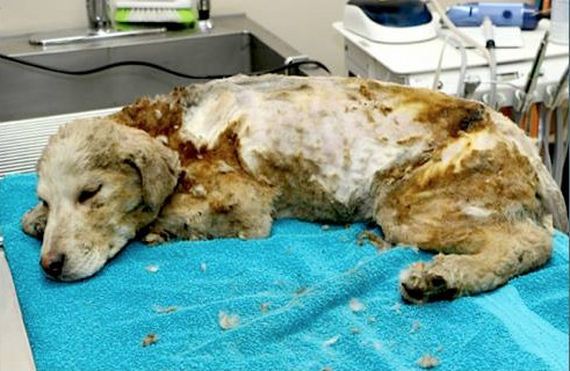 He was badly burned, but that wasn’t the end of it.
The vets later found fire accelerant in the pup’s fur – this was no accident. 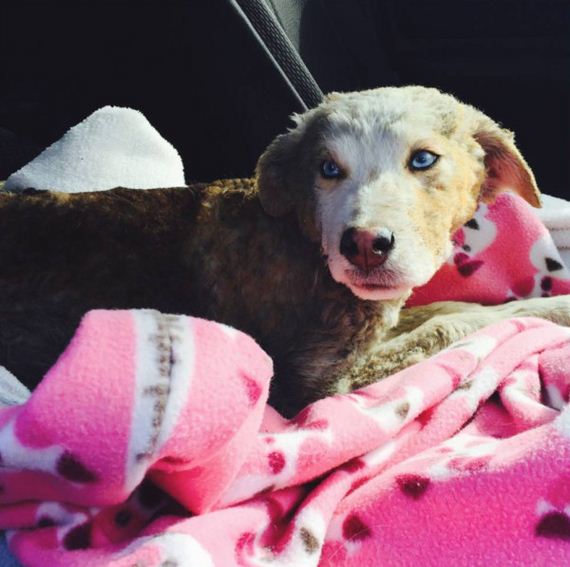 The pup weighed 19 pounds, which is only half as much as a dog his age should weigh.
Vets tried just wrapping his wounds, but the damage was so bad… 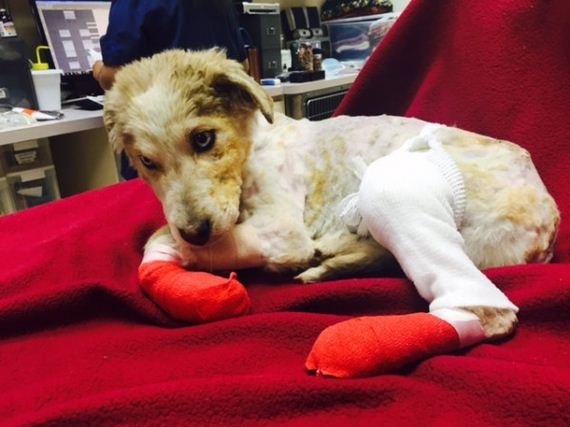 That surgery for skin grafts was necessary.

The pup was appropriately dubbed Phoenix, named after the bird that rises from its own ashes. 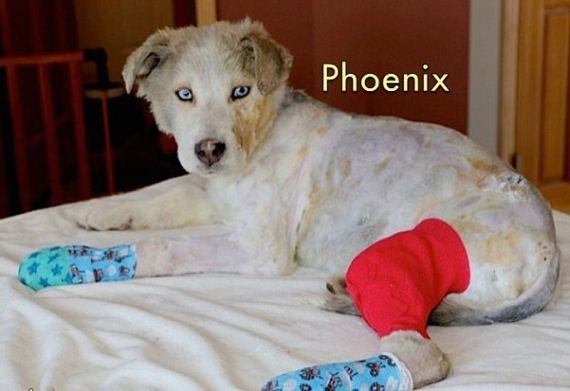 With 24 hour supervision, a hearty diet of cottage cheese and quinoa, and attention to his burns, this pup is headed in the right direction. 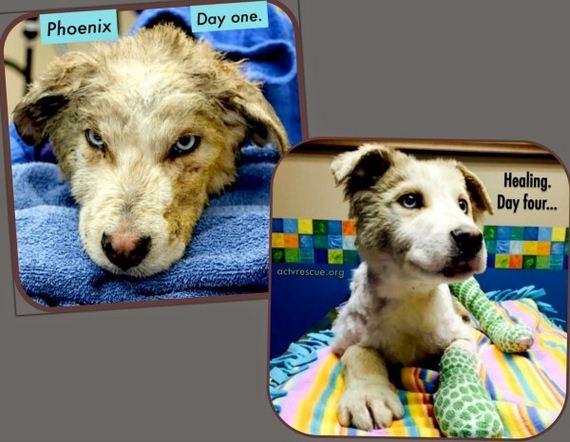 It’s still unknown who is responsible for putting this helpless, innocent bundle of love through such unnecessary pain. Besides putting the bad guy to justice, the next best thing to do is to help one of the rescue centers that has participated in Phoenix’s road to better health by donating to ACTV here. We wish Phoenix good heath and hope that once he’s all better he finds a happy, loving home.