When 11-year-old Norman was found in Indiana, he was covered with thousands of fleas and sores, not to mention severely emaciated and clearly beaten. Norman had zero energy and couldn’t even lift his head or walk.

The exhausted old pup’s story may seem sad, but, like most rescues, it ends up being a happy ending thanks to a little kindness and love.

Here’s a picture of Norman the day he was found: 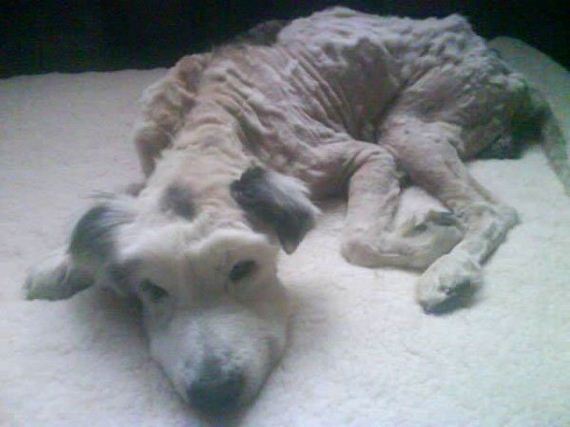 Pretty disturbing, right? Luckily, the kind stranger who found Norman quickly called a local rescue group called Friends of Indianapolis Dogs Outside (FIDO), who were determined to save the abandoned, abused dog.

Because of the group’s quick action, Norman is safe and sound and…wait for it…even found his forever home! His new mom, Susan Niehoff, says Norman is doing great. He suffers from arthritis which has impacted his ability to get around, but Susan says Norman is starting to embrace his new doggie wheelchair.

Here’s the happy pup and his family, about a year after being rescued: 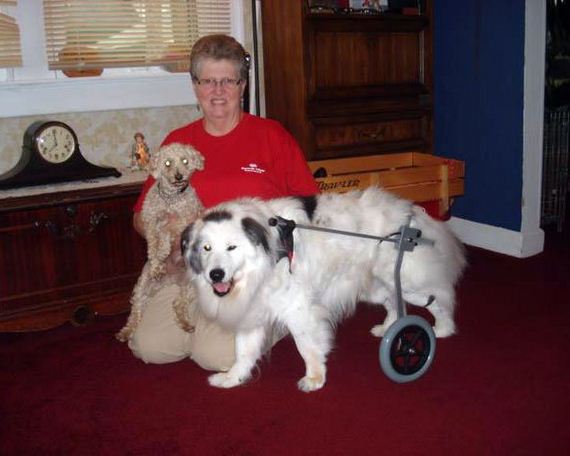 For the first couple of months, due to his painful history, Norman had issues with food aggression and was often hungry. Soon, though, he began to trust Susan, and now, she says, “he loves being loved.”

Such a beautiful story – look at Norman’s little smile! We love seeing dogs get the love they deserve. It’s amazing how quickly animals adapt and thrive when they’re in an environment that encourages their happiness. Be sure to share this inspiring story!