James Isaac is a 9-year-old boy living with autism in New Zealand.

Since getting his service dog Mahe two years ago, his life–and the lives of his family–has completely changed.

“James has profound autism, so he gets quite anxious when we go on outings. He’s very impulsive and he doesn’t have any awareness of danger,” James’ mother, Michelle Isaac, said in a story by TODAY.

“Before Mahe, when it was just one of us with James, we’d have to hold his hand tightly to stop him from running from the road, and James hates that. He doesn’t like being manhandled. He just wants his freedom…Mahe gives him that freedom to explore his environment without being dragged around,” she explained. 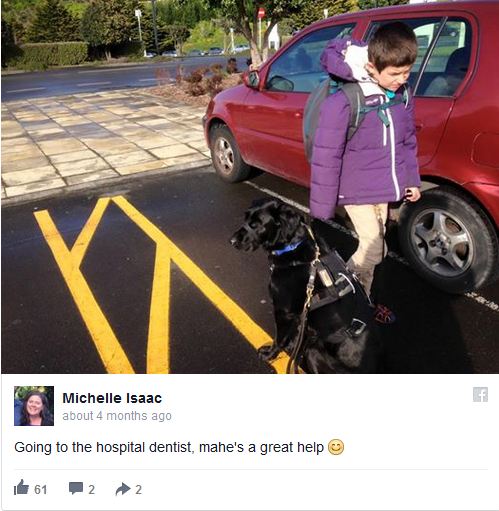 When James began having seizures, he was taken in for an MRI. The boy was given anesthesia, otherwise he wouldn’t have been able to stay still.

A hospital is a scary place for anyone, especially a little boy who gets nervous in unfamiliar surroundings with unfamiliar people. Luckily, Mahe was able to lay with him on the hospital bed as the anesthesia was administered. 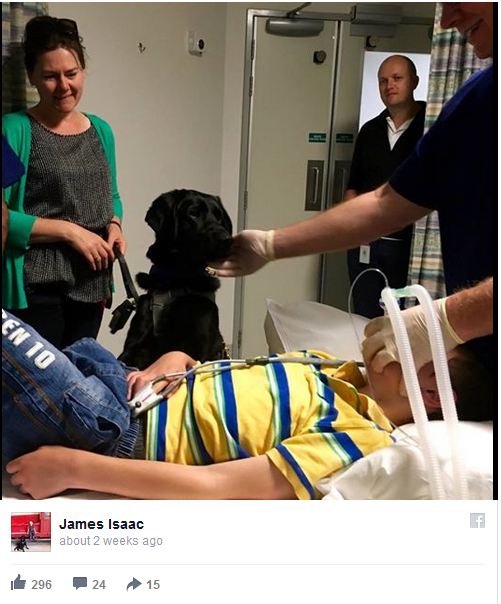 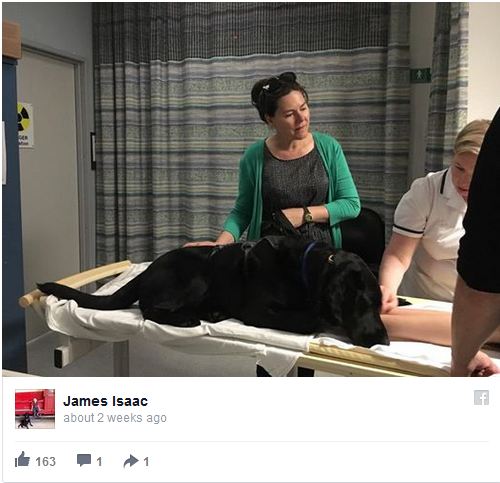 He also kept James calm and comforted him as soon as he woke up.

Said James’ mother to TODAY, “He got his face really close to James, who was asleep by that point, and he reached in to sniff him…He looked really concerned. It was quite touching.” 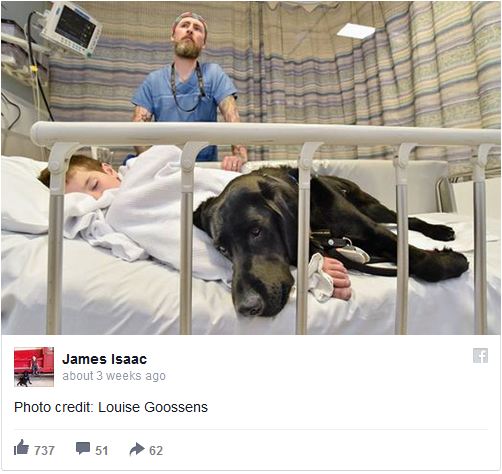 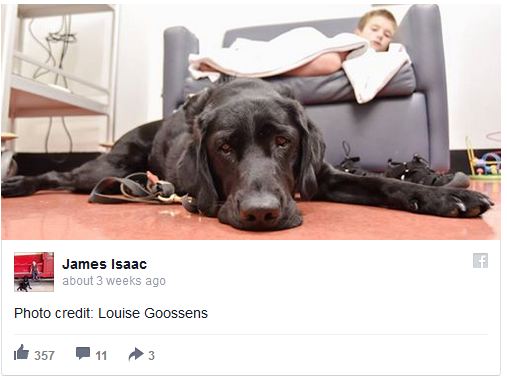 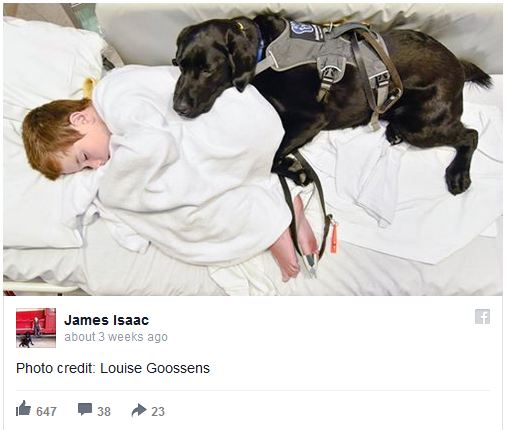 From scary situations to everyday outings, Mahe has made life so much better for the little boy and his family. He’s also become a great help in social situations.

“Before we had Mahe, it was hard. People were staring and thinking, ‘What’s wrong with that kid?’ and his behavior might be unusual and it was quite hard,” said Michelle Isaac in the TODAY story.

But with Mahe present, not only do strangers realize he’s there to help a little boy in need, the pup piques their curiosity. When they notice James and Mahe, “…it’s a positive thing. It’s totally different. People approach us and say, ‘Oh, what a great dog, and what does he do for James?’ They are interested in James in a positive way.” 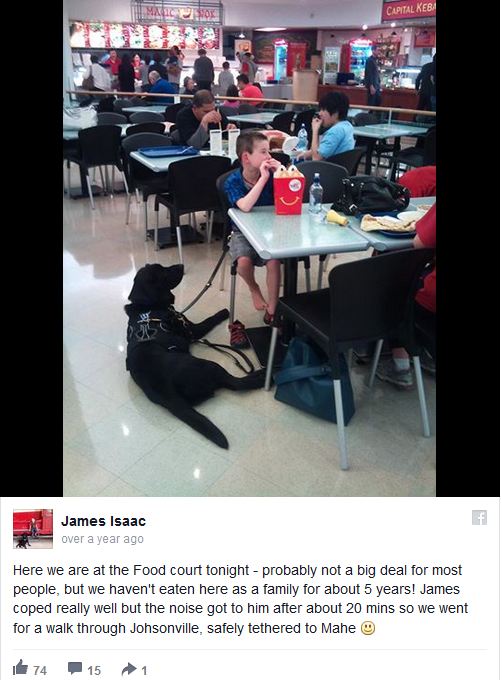