The Nebraska Humane Society came up with a safe and sanitary way to transport puppies around the shelter, and it’s also the cutest thing ever. The “puppy cart” is an easy way to move litters of puppies around and to keep them from getting sick as young pups are very susceptible to illnesses. 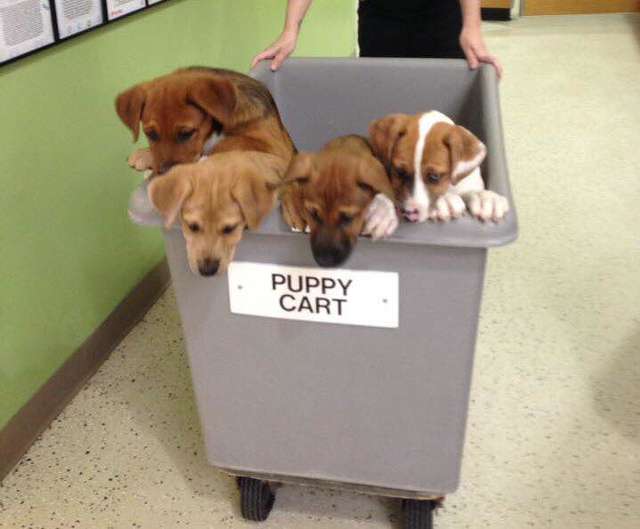 Not only is this a smart and efficient invention, the puppy cart makes for an adorable scene when pushed down a hallway. And it’s helping to draw attention to the shelter pups. 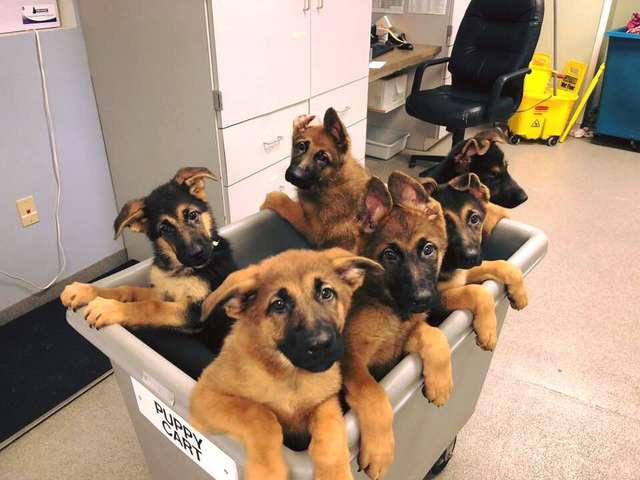 “We are a very clean shelter, but we intake all sorts of animals from all sorts of situations,” Pam Wiese, VP of public relations and marketing at the Nebraska Humane Society, told The Dodo. “As young pups don’t have full vaccinations, they are susceptible to picking up anything that may be lingering in higher traffic areas. To keep their feet off the floor and as safe as possible we transport them in the puppy cart. It’s a sterilizable way to move them. It’s also much easier to transport multiple puppies instead of making six trips to carry six puppies!” 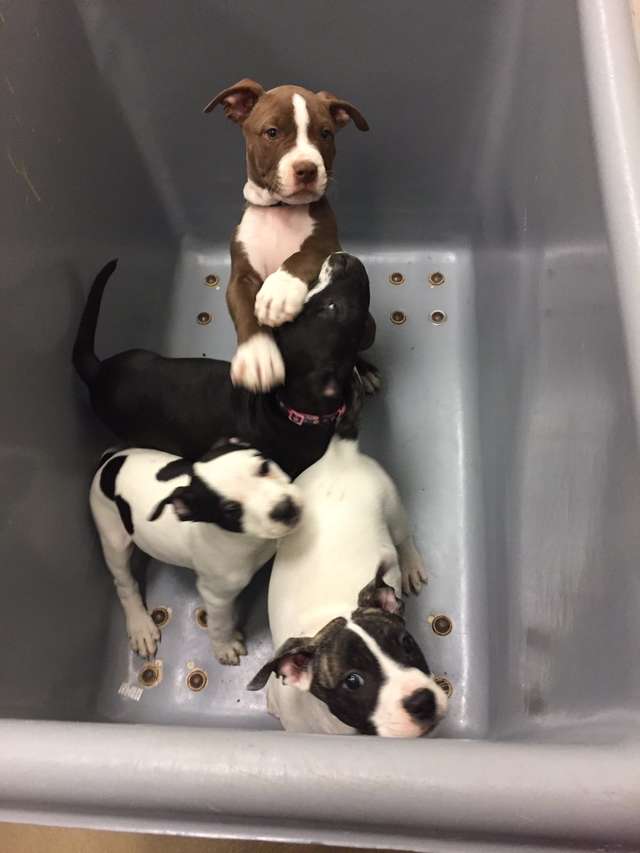 They posted some pictures to social media, and people couldn’t handle the cuteness. I mean, a box of puppies is every dog lover’s dream! 🙂 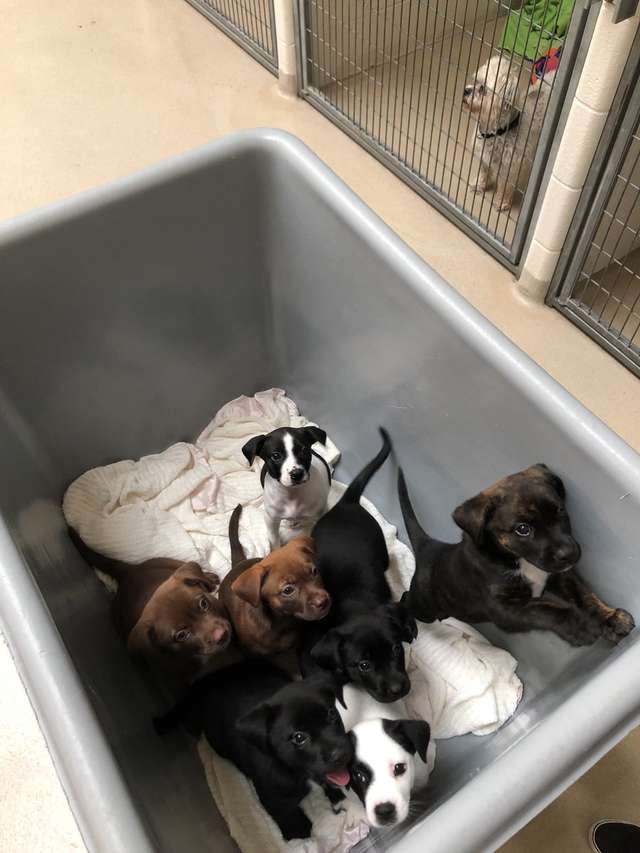 While the puppies are causing quite the stir, the Nebraska Humane Society also has some older dogs up for adoption who badly need homes. So they will put them in the puppy cart to help show them off in hopes it’ll find them forever homes. 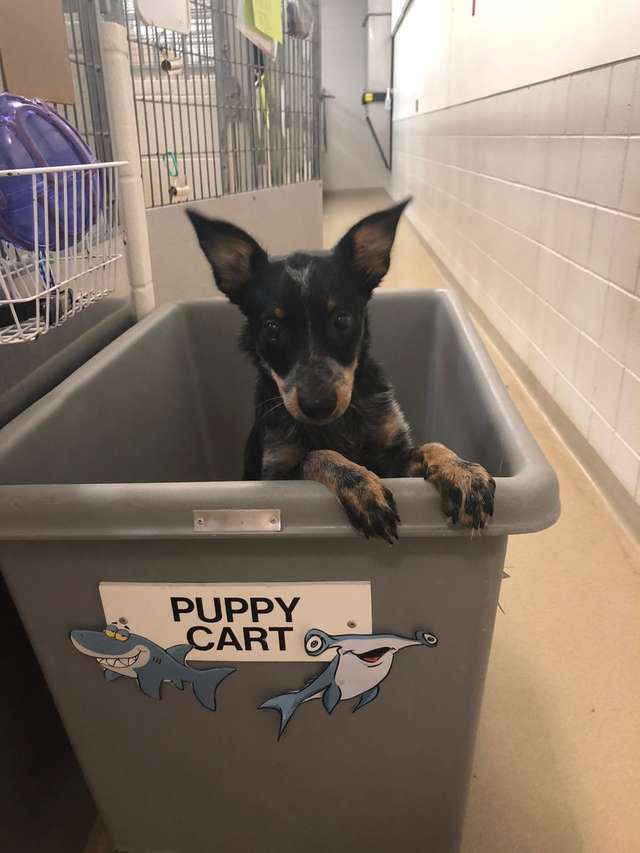 Recently, a pregnant dog came into the shelter and gave birth in her foster home. She stayed there with her pups until they were old enough to be adopted. That’s when the shelter placed the nine-week-old Boxer mix puppies in the puppy cart, and it resulted in a line of people at the door wanting to adopt them! 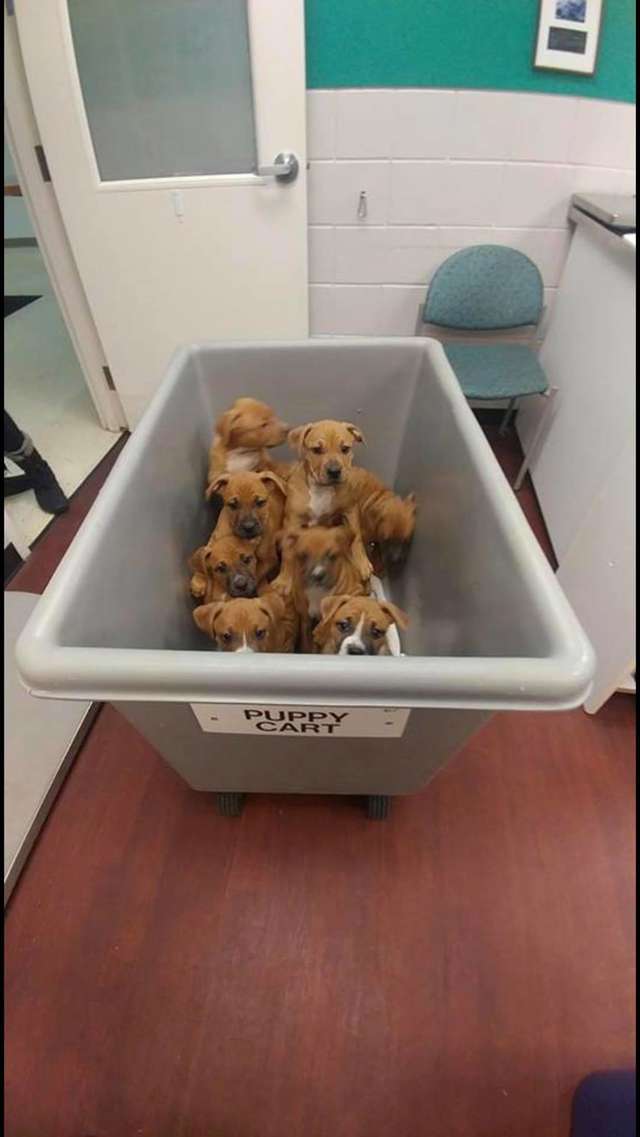 The entire litter has since been adopted into loving forever homes, and the shelter is so excited and grateful that this simple puppy cart is helping their dogs in such a big way.