When Sgt. Chris Dukes, a National Guardsmen from Georgia, USA, was on tour in Afghanistan, he made friends with a few locals on four legs – Target, Sasha and Rufus.

“A lot of us used the three of them as kind of an escape, you know when you’re home sick,” Dukes told CBS news reporter Jeff Glor.

But the dogs proved to be so much more than just a reminder of home. In fact, Dukes firmly believes he wouldn’t be alive today if weren’t for Rufus. Why? Read on… 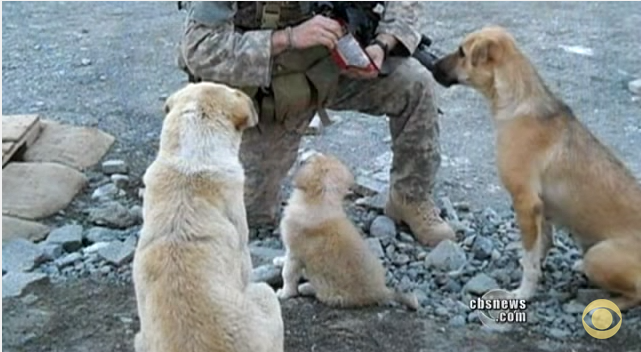 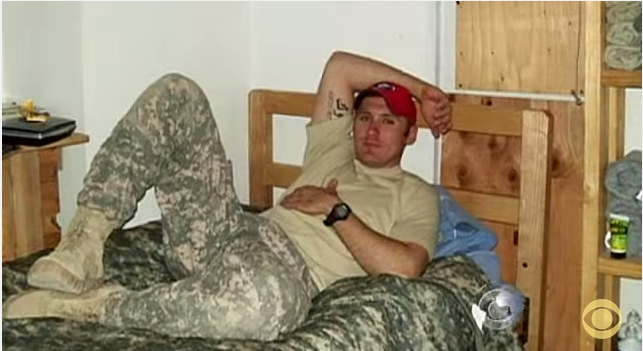 On a February night a suicide bomber tried to get into Dukes’s barracks. But the three dogs began to bark and bite the bomber.

He blew himself up – saving the lives of the fifty soldiers in the barracks. 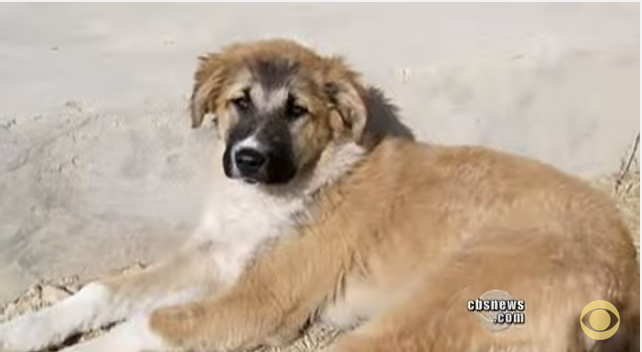 Sadly, Sasha was severely injured and had to be euthanized. She died defending the troops that had befriended her.

Rufus and Target survived, though they had to be left behind when Dukes returned to the States a month later. 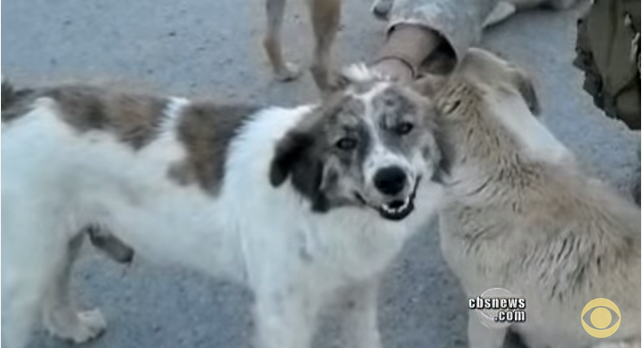 “I was really worried. The fact that the next unit may come in and not want them there,” says Dukes.

While another soldier kept any eye on them, Dukes wrote a letter to a group called Hope For The Warriors. He explained to them that they owed his life to these dogs and wanted nothing more than to have them with him.

After $21,000 was raised on a Facebook page, the two dogs were brought over from Afghanistan. Watch the heartwarming reunion captured by the News Crew.