At the beginning of November, the Austin, Texas police department received a call to pick up the corpse of a puppy, lying in a crate and covered with feces.

She was all skin and bones, her eyes glazed over. When she went to investigate the body of the deceased dog, Officer Ewa Wagner saw something shocking: the puppy’s ribcage moved. Somehow, she was still taking shallow breaths. 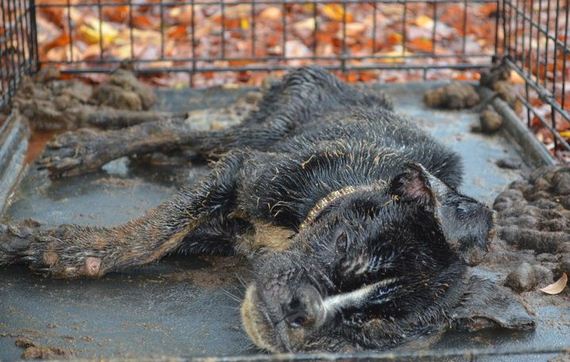 “We realized she was alive, but just barely, so we rushed her to the Austin Animal Center where vets began emergency treatment. Her temperature was too low to even register on a thermometer and she wasn’t moving at all. We didn’t think there was any way she would survive.”

The pup only weighted about 9.5 pounds but was determined to live, despite the obvious abuse and neglect she’d already endured in her short life.

Veterinary Technician Elizabeth Mancera, who worked to rehabilitate the pup, recalls the first time she saw her in the Huffington Post story.

“The detectives pulled up and said they had a dog who was barely alive. They handed her almost-lifeless body to me and I laid her on the exam table. She was covered in feces and freezing cold and wet. I talked to her the whole time and even though she couldn’t move her body, she looked up at me with pleading eyes. I kept telling her she would be okay.”

Mancera worked tirelessly to raise the pup’s body temperature, giving her a warm bath and gently heating her with a blow dryer. Two hours later, her temperature finally began to rise. Despite everyone’s doubts that the dog would live, Mancera had faith in the puppy’s fighting spirit. Said the vet tech in the story:

Everyone thought she was going to die. During those first few hours I just talked to her and told her she was loved and that nothing bad would ever happen to her again. I told her she needed a name and I picked Sophie. When I told her that was her name, she raised her head for the first time and looked at me. I knew then, Sophie would live. 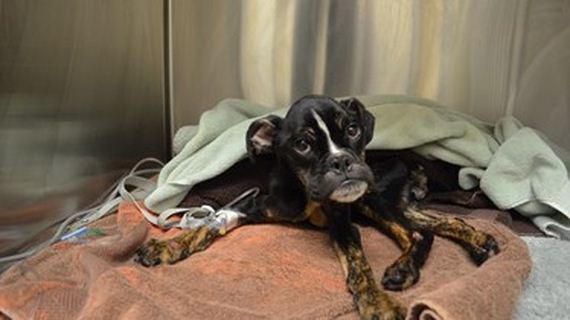 And, miraculously, she did. Already in love with Sophie, Mancera fostered the pup that night, caring for her at all hours. She even changed the dog’s diapers, which she had to wear because she was still too weak to walk outside.

As the weeks passed, Sophie steadily gained weight and strength. Finally, she reached a healthy 25 pounds!

Mancera loved seeing the pup prosper and knew how happy she made her family. But there was one defining moment when the vet tech knew, without a doubt, that Sophie had already found her forever home. 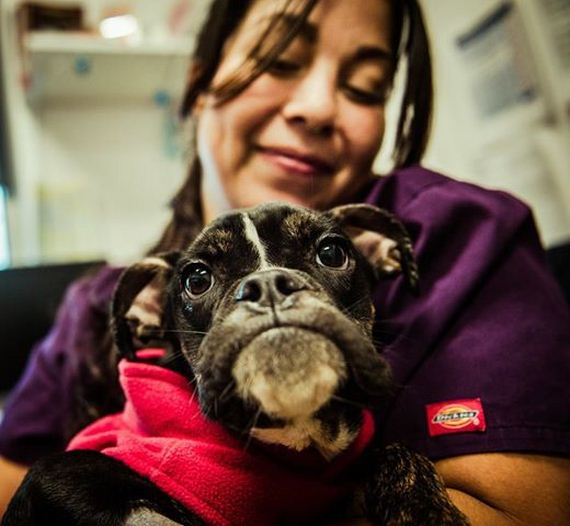 “It was right around Thanksgiving and I was watching Sophie gently play with my dog,” she told Huffington Post. “She was so happy and I could see a special connection between them. After all Sophie and I had been through, I knew she was going to be my dog. I reached down and kissed her, letting her know she had found her forever home.” 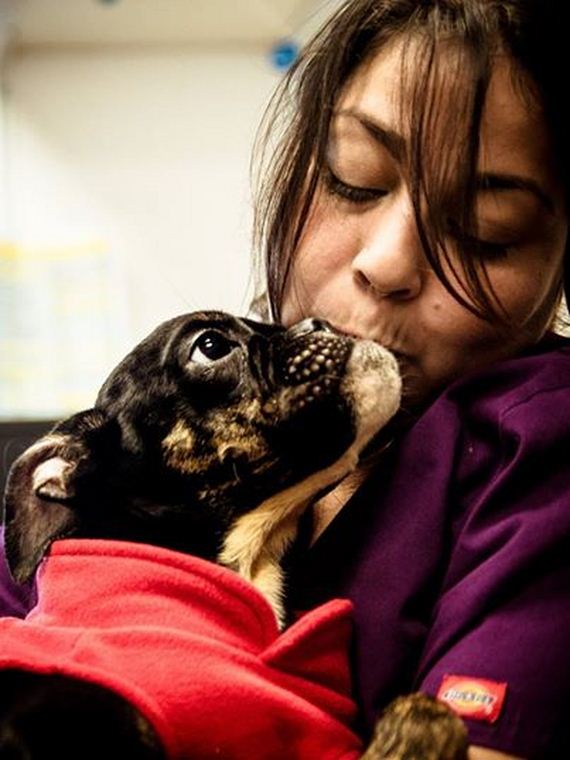 PETA has issued a $5,000 reward for anyone with information about who neglected poor Sophie and left her to die. We hope those responsible are caught, but no matter what happens, one thing is for sure: Sophie will never have to endure this kind of abuse again. 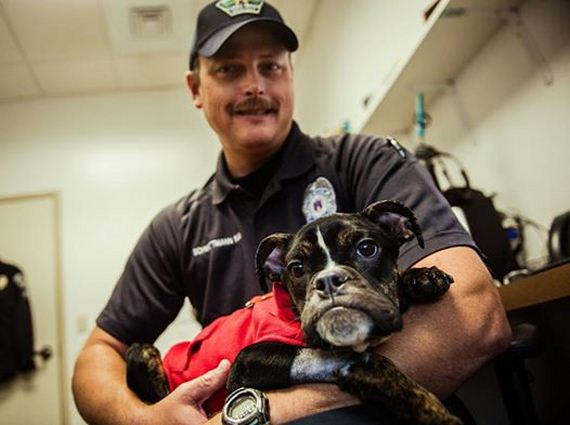 “The day I rescued Sophie I promised her nothing bad would ever happen to her again, and now I get to spend the rest of her life making good on that promise,” Mancera said in the story. 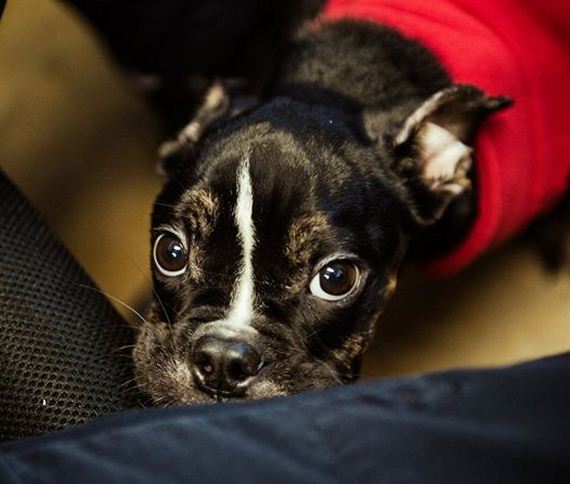 Now, Sophie will be spending her Christmas – and the rest of her life – surrounded by warmth, love, and joy. Plus, she’ll be getting her fair share of Christmas gifts this year! 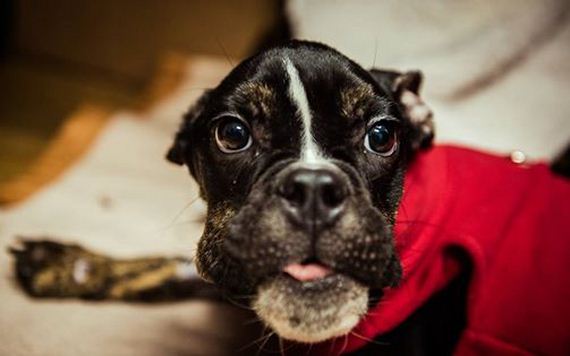 Thanks to everyone who refused to give up on this sweet girl, especially Elizabeth Mancera and her family.