wEveryone who opens their home to rescue dogs is a magnet for animals with tragic stories and medical conditions, but Faith Wright from Austin, Texas has a knack for winding up with a very particular kind of dog. 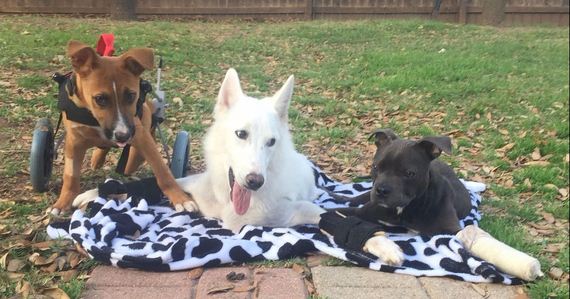 Since last year, three dogs with disabilities – including two with the same rare condition – have found their way to her home. Together they’re learning to live happy, healthy lives so they can someday find their forever homes.

It all started when a Siberian husky mix named Elsa Rose was abandoned in a Texas park. Elsa was born with swimmer’s syndrome, a condition that leaves her back legs extremely weak. 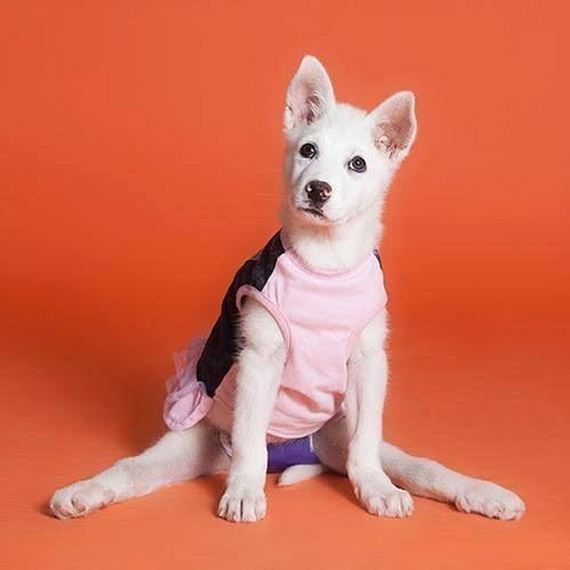 Some dogs with swimmer’s syndrome are actually put down, because it can be considered cruel to let them live. Vets even had to amputate Elsa’s back legs so she could live a healthier life with just her front two.

But that hasn’t stopped Elsa from walking around, playing with Wright and living a great life. It  actually turned out to be a good choice, because Elsa has become an inspiration for the other dogs Wright looks after. 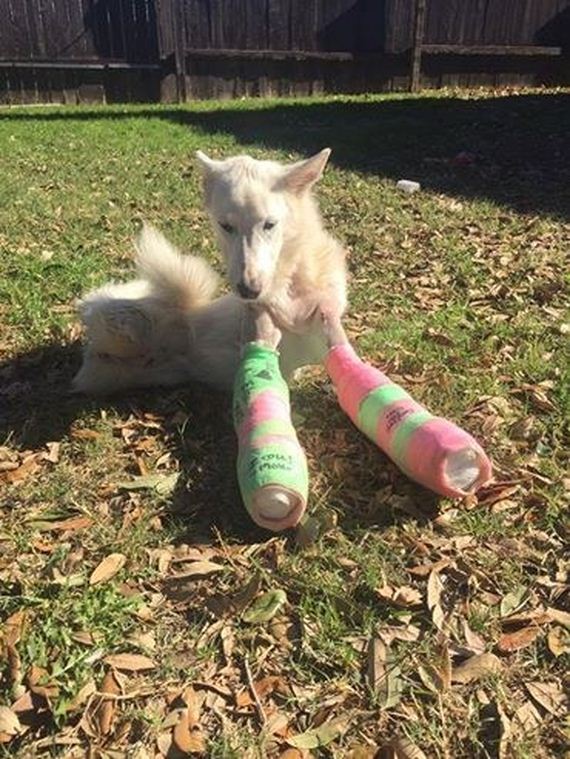 Starfish, a pitbull who also has swimmer’s syndrome, has learned to get around on her front legs by following Elsa’s lead. 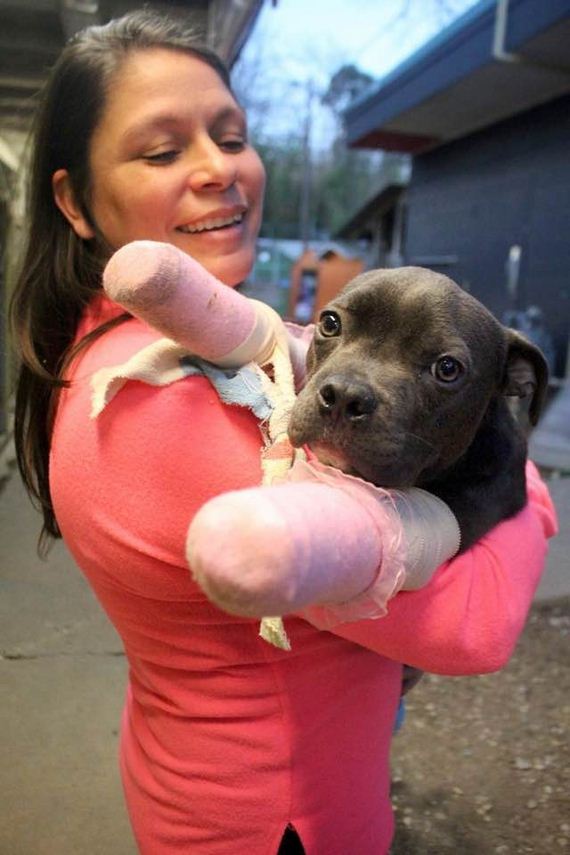 Wright treats Elsa and Starfish with physical therapy, helping them strengthen their legs so they can move around the house on their own.

Until then she’s happy with Starfish, who she calls her “seal pig,” because she rolls around like a seal but “snorts and grunts like a pig all the time.” 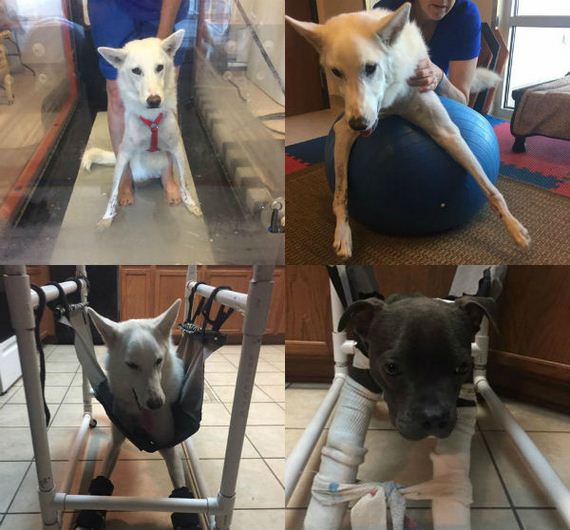 The last member of this adorable trio is Danali, a boxer mix whose spine was damaged by a pellet gun bullet. Unfortunately the bullet can’t be removed, but with the help of her two friends and a special wheelchair, Danali is learning to enjoy life as much as she can.

“She was very shy and scared when she first came to me,” Wright told the Dodo. “Once I put her with Elsa Rose, she became so happy and followed Elsa Rose everywhere.” 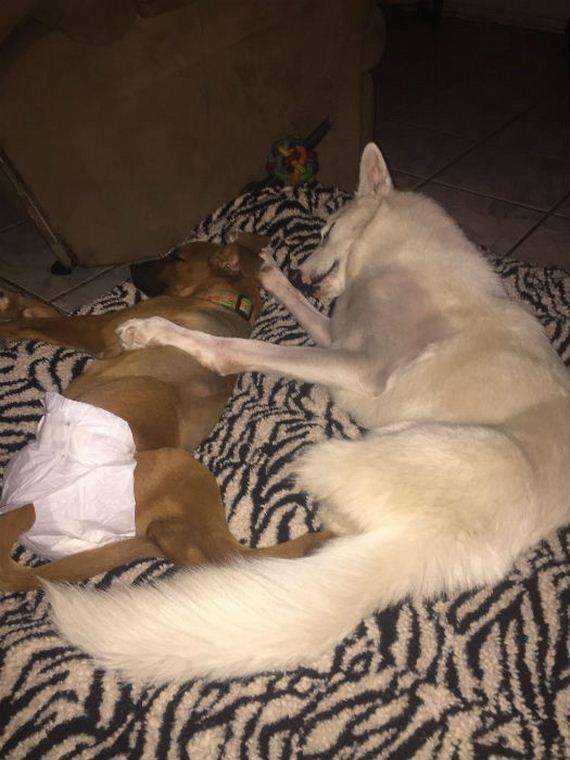 While Danali is already up for adoption (if you live near Austin you can learn more about her here) Elsa and Starfish have more work to do before they can move out.

It’s sad to see these three dogs who were destined to meet each other split up, but they deserve to be in homes that give them lots of individual attention.