The Make-A-Wish Foundation grants the wishes of children diagnosed with life-threatening medical conditions. Whether it’s visiting Disney World, meeting their favorite singer, or becoming an honorary police officer, the volunteers at Make-A-Wish work hard to make these wishes and dreams come true.

For three-year-old Zachary Oppenheimer, it was to have a new best friend – a furry best friend to be exact. “Puppy-Spot,” an organization that helps match puppies with loving families, donated an adorable Cocker Spaniel puppy to Zachary, who he initially started calling “Girl Puppy.” 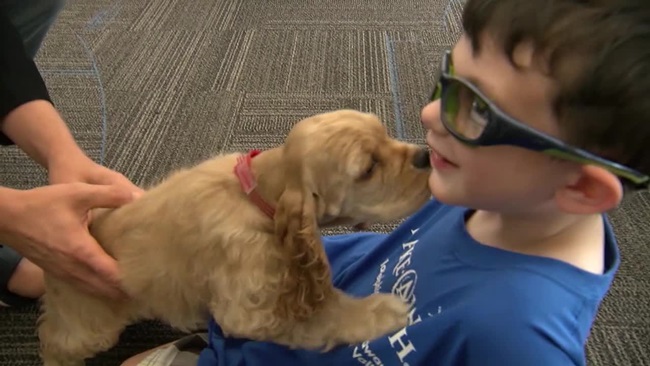 Zachary met his new puppy for the first time, and the whole thing was caught on camera. Zachary laid down while the pup crawled onto him and gave him lots of kisses. The puppy may be small, but she will make a huge difference in Zachary’s life. She has already put a big smile on his face!

The family has decided to name their new furbaby “Buttons.” After a long day of traveling on an airplane from Missouri, she is now enjoying her new life in her new forever home in Pennsylvania. Zachary and Buttons will get to grow up together and will be the best of friends! Growing up with a dog teaches kids about responsibility and compassion, so it’s awesome that Zachary will now have a pup at such a young age.

Zachary has been fighting cancer in his eye since October. Thankfully, he is now cancer free with a new eye, and now a new puppy! 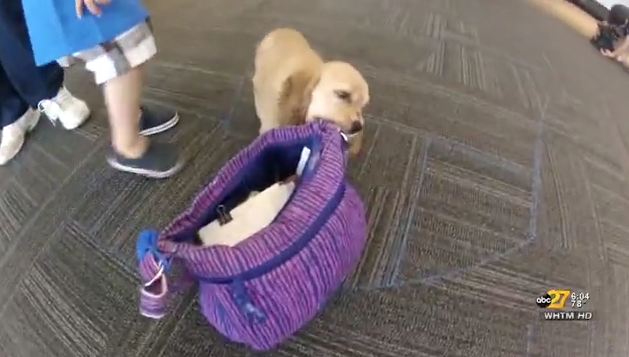 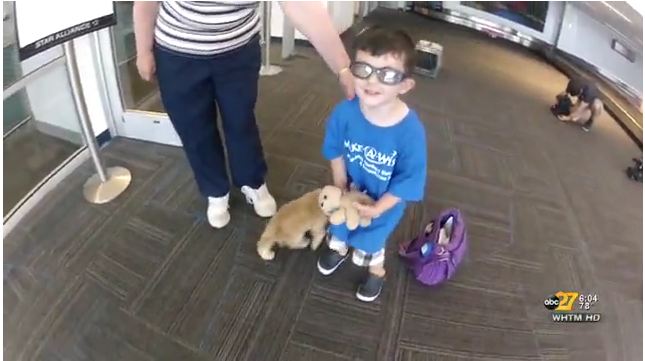 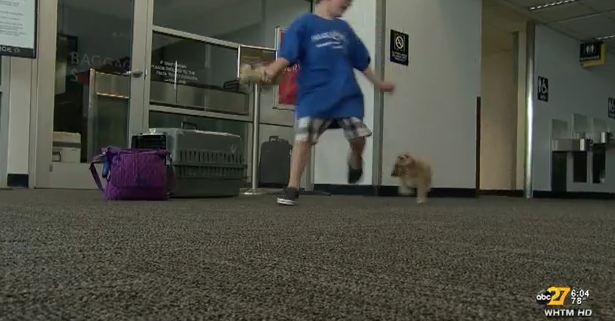 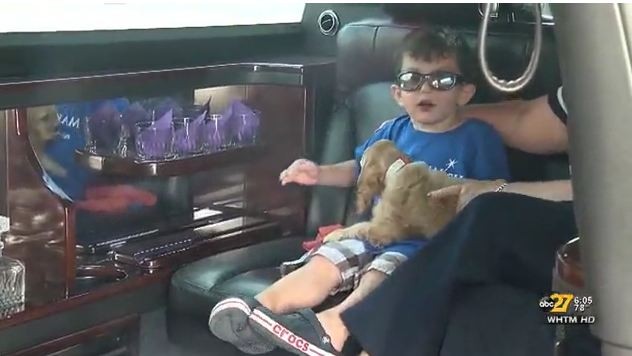