Two years ago, a dog in Bulgaria was tied up under a trailer for ten days after people claimed he had a disease that could be passed to humans. For those ten days, he survived on the bread and water given to him by passersby, and he was unable to walk around. 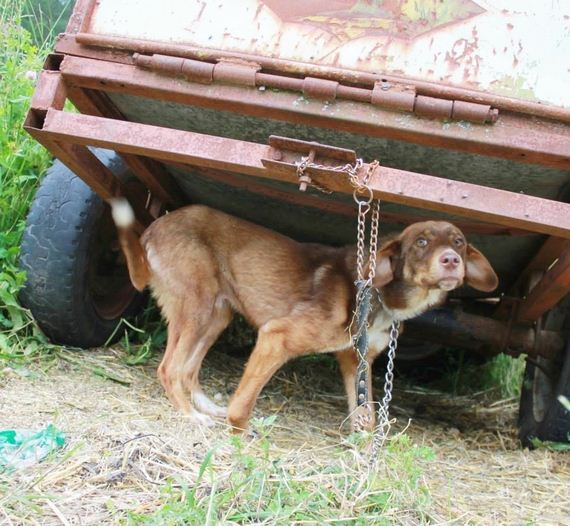 One day, a woman noticed him and immediately called up Rudozem Street Dog Rescue to ask for help. Although they had no space left at their shelter, they knew they couldn’t leave this poor dog to die. When they got there, they noticed that the dog was in horrible shape and covered in flies. But after a couple of minutes he was already licking the rescuer’s hand and wagging his tail. They named him Duke. 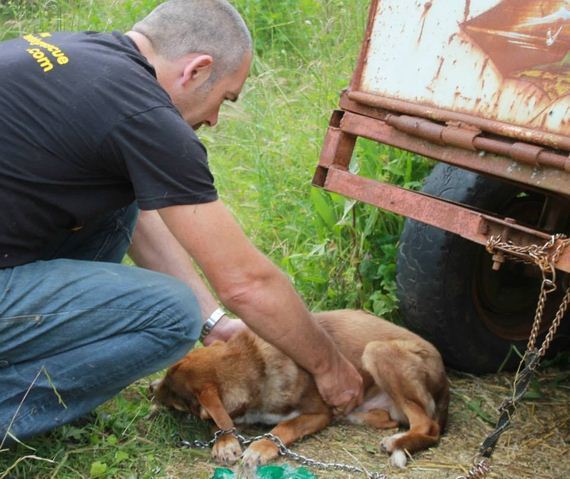 Because of lack of space at the shelter, they put him in with another rescue dog. He was very nervous but it didn’t take long for him to warm up to people. When they got a closer look at him, they realized he was in worse shape than they even thought. 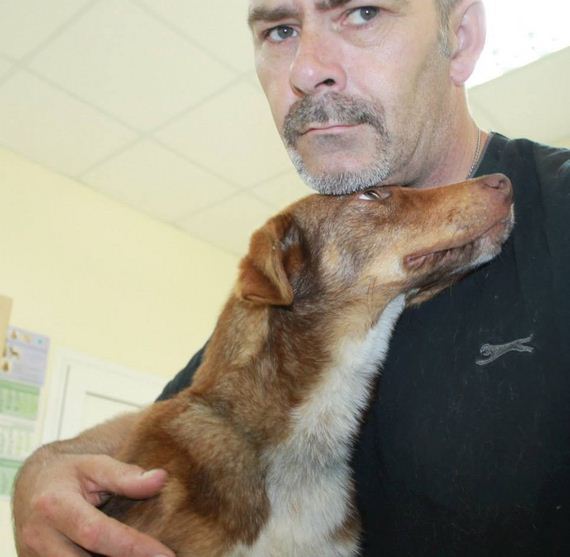 He had misshapen legs, which, after getting him x-rays, they found out were from abuse; it seemed that his legs and feet had been intentionally smashed and all of his bones and ligaments were broken. He also had a cough which was due to the damage on his throat from the heavy chain that was around his neck for so long to keep him tied up to the trailer. 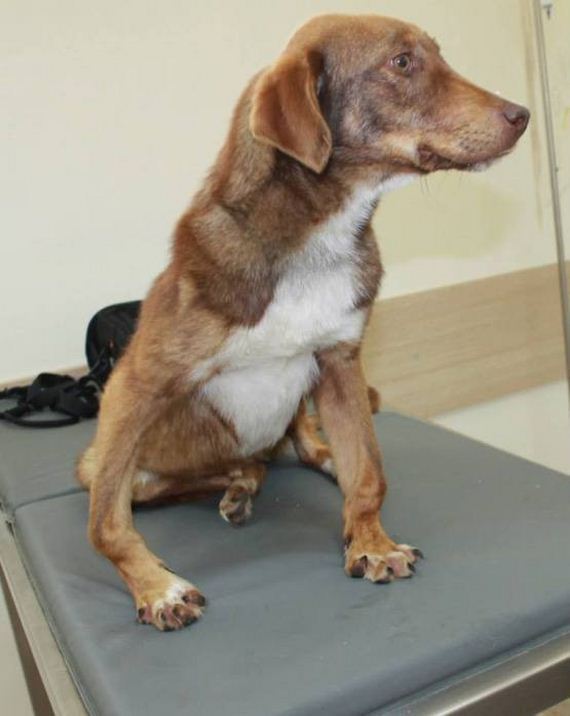 The vet put splints on his legs for a few weeks before operating on them to see if it would help. Duke was already much happier and was constantly wagging his tail. He was eating much better and learned how to get around with his splints. 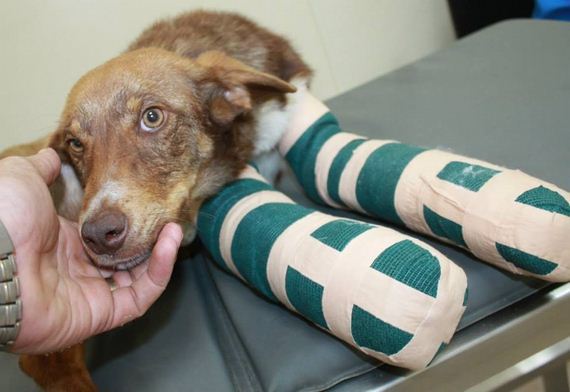 The splints did help, but Duke would still need surgery. Once he was recovered, he was put up for adoption. Although Duke was in Bulgaria, a woman all the way from England wanted to give him a furever home. 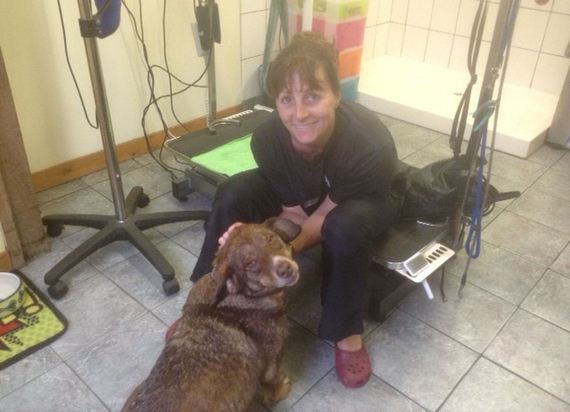 Now, two years later, Duke is happy as can be and is loving his home. The dog who was once deemed “untouchable” is now getting all the love and cuddles in the world. He will never have to worry about being abused or neglected ever again! 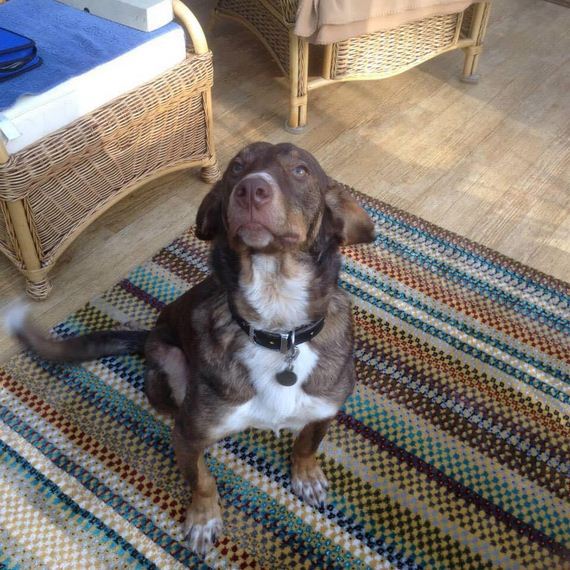 Watch his rescue below: