Dogs who survive animal abuse are often placed in animal shelters or held as property until the abuser’s court case is settled. Whether or not the animal is returned to the alleged abuser is generally in the hands of the court system. A recent animal abuse victim from Gwinnett County, Georgia was saved from his tormentor and found temporary refuge in a jail cell. 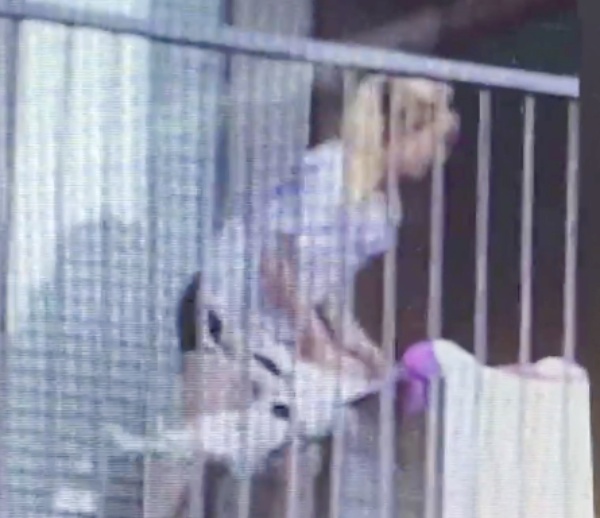 Police say 30-year-old Ashten Goeckel beat her Cavalier King Charles Spaniel dog on her apartment’s balcony as the animal struggles over and over. Thanks to video surveillance footage in the area, Goeckel was arrested and a court date is pending. Since the arrest, people have been flooding the Gwinnett County Sheriff’s Office with requests for an update on the dog. She suffered a minor injury but is doing much better now. 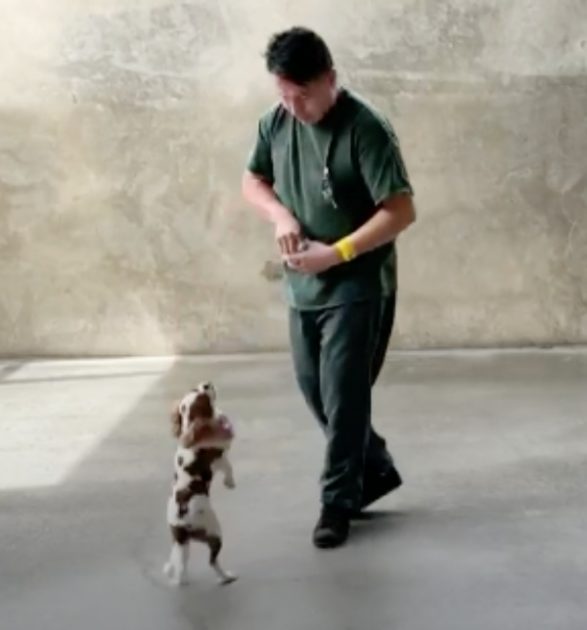 Instead of the dog languishing in an animal shelter for her alleged abuser’s court date, she will live with inmates at the Gwinnett County Jail. Thanks to the agency’s Operation Second Chance Program, homeless animals are trained while they wait to get adopted out. The dog, named Victoria, will stay in the program until Goeckel’s case is settled. A judge is in charge of deciding where Victoria will go next. 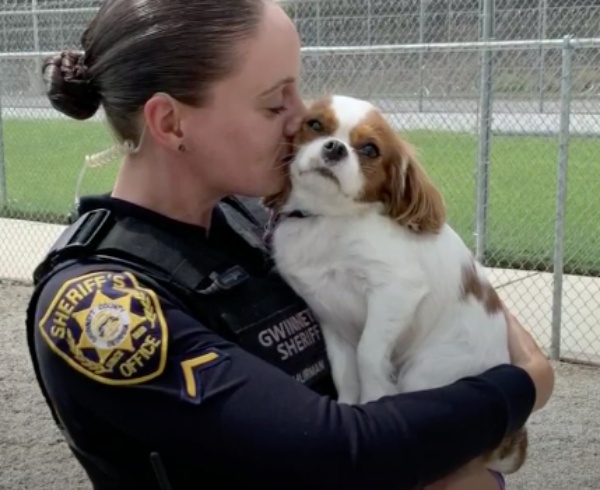 Anyone interested in adopting an animal like Victoria can visit the JailDogs.org website. For more about this case, press play on the video below. Warning: The surveillance footage of dog abuse is featured in the video.