It’s no secret dogs can become attached to one another and form tight bonds, but Bonnie and Clyde have taken it to a new level. They’ve basically redefined the meaning of “inseparable.”

The two dogs were found wandering the streets of Arizona together. They were rescued by Maricopa County Animal Care & Control (MCACC) where the workers realized the pups were a bonded pair. 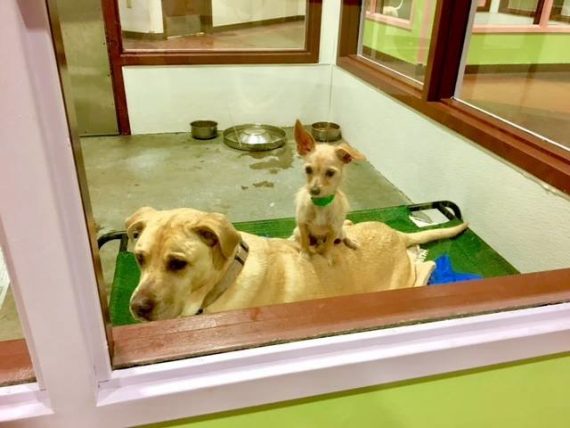 So instead of splitting them up, they placed the dogs in the same kennel. That’s when the staff realized just how close the dogs really were. 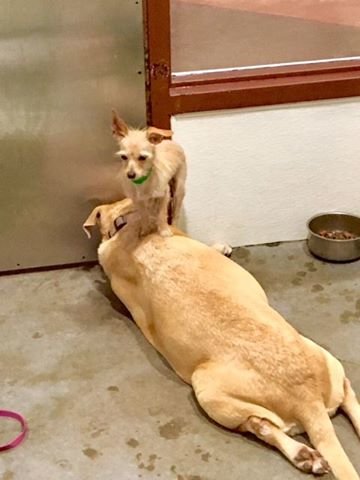 The tiny pup actually spends most of his time sitting on top of his bigger dog friend — and she prefers it that way! When they aren’t sitting upright, they are cuddling together. The appropriately named Bonnie and Clyde want nothing more than to stay together forever. 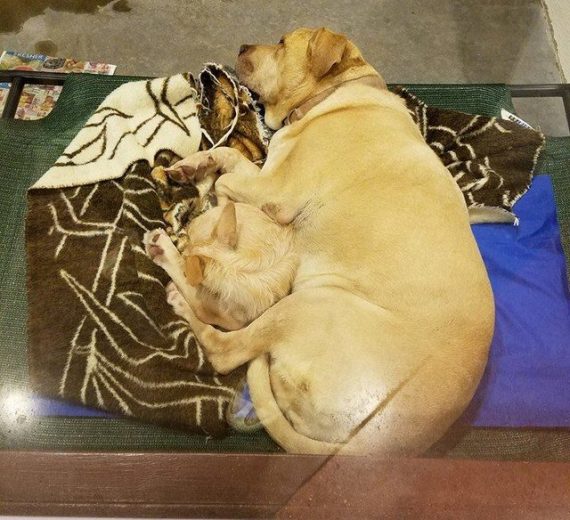 And hopefully it’ll be with a forever family in a forever home. The shelter can’t stress enough how important it is that the bonded pair remains together. 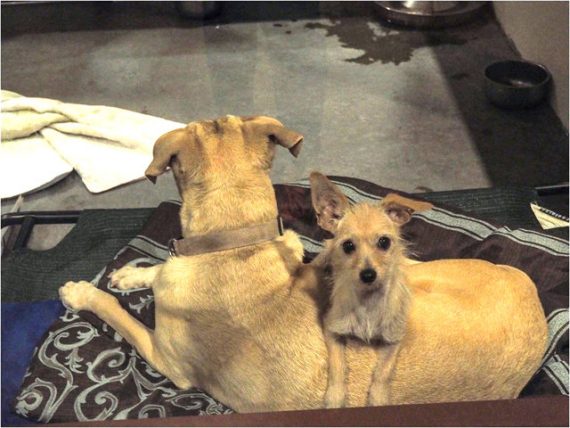 Thankfully the good people at Maricopa County Animal Care & Control realized right away that Bonnie and Clyde needed to be with each other.

If you’re in the Phoenix area and would like to adopt Bonnie and Clyde, visit the MCACC website.

For all others, you can use the handy tool below to find dogs (or cats!) in your area that need forever homes! 🙂