Sally and Jon Watkinson were walking their puli dogs, Kato and Hugo, when they noticed a little creature had hitched a ride. A frightened baby possum latched onto the coat of Kato and seemed to want to get to a safer place. Sally was surprised by the calm reactions of both of her dogs. 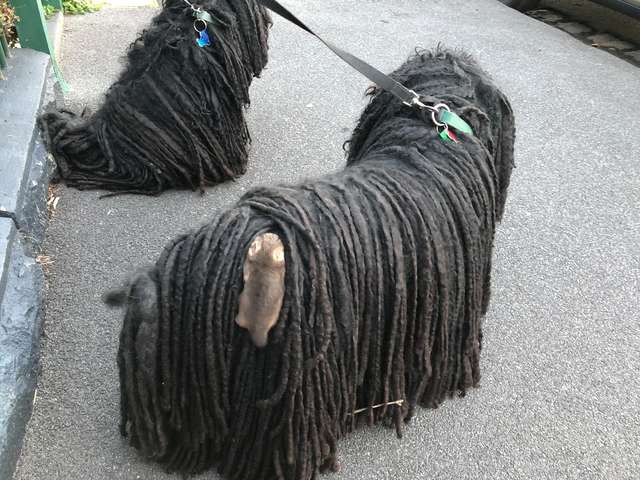 “Hugo and Kato seemed to barely notice it was there,” she said on Facebook. “It’s most surprising that Hugo was not barking frantically at it. Apparently, Kato was seemingly oblivious also.”

The couple got ahold of a wildlife rescue and proceeded to walk the dogs to the vet with the possum still hitchhiking. The little animal was checked for injuries and seemed to be doing well but spent the night there before going on to a wildlife carer. They will care for it until it can be released back into the wild. 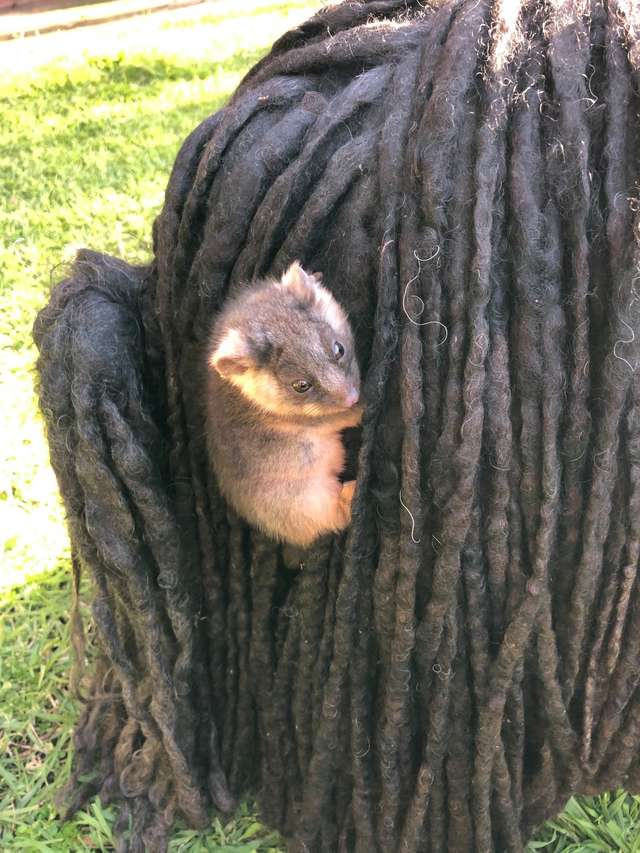 If they find the mother soon, the two can be successfully reunited. But the baby is in good hands going forward thanks to these Good Samaritans and their puli taxi service!