I think all of us here in the LittleThings community can agree that every animal is a treasure, and deserves all the love and affection we can give it!

Unfortunately, out in the wider world, not everyone shares this belief. From time to time, we hear heartbreaking stories about animals that were hurt or neglected by humans, like this bunny who was thankfully rescued after being abandoned.

It’s hard to express enough just how grateful we all are to the Good Samaritans who step up and save these helpless creatures in their time of need, they are truly guardian angels to animals with no one to protect them!

We’re sure that’s exactly how little Brody, a 6-week-old puppy, felt after a kind-hearted utility worker stepped in and saved his life in Rock Hill, SC.

The tiny Labrador mix baby dog was bleeding and in pain when Darryl, a worker for the apartment complex, found him. Immediately, he called the authorities and had the little one rushed to the local animal hospital, Ebenezer Animal Hospital.

When he arrived, veterinarians on staff discovered a tragic case of animal abuse, tempered by just a flicker of hope…

Warning: The following content contains photos and descriptions of animal abuse, which some readers might find disturbing. 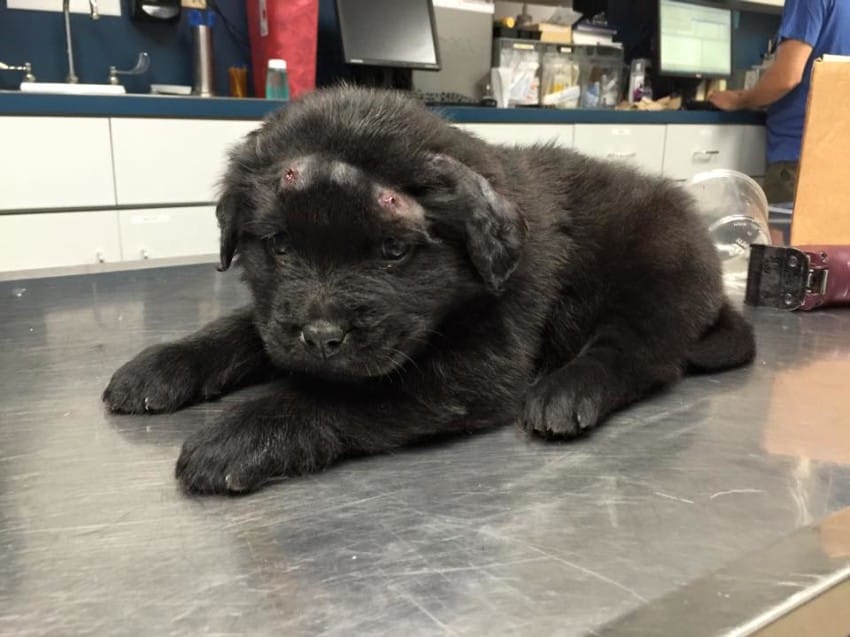 When Brody first arrived at the clinic, the veterinary staff was horrified by the state he was in, noticing obvious wounds all over his body.

They X-rayed the pooch straight away, and discovered the unthinkable: 18 BB gun pellets lodged in his tiny body. 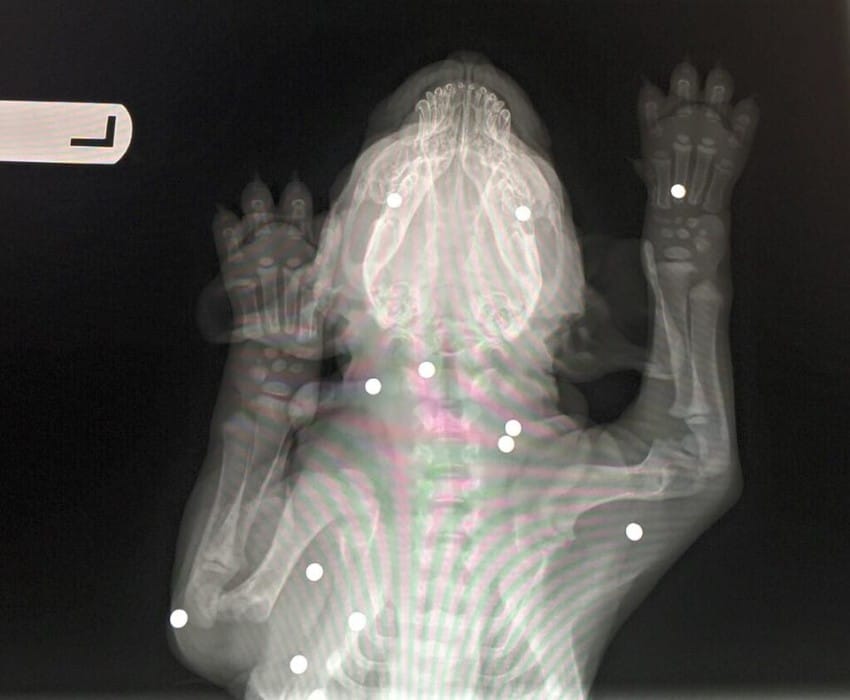 The “toy” guns can be very dangerous in the wrong hands, and can cause serious injury and even death if not handled appropriately.

In Brody’s case, it was immediately clear that this wasn’t an accident; the sweet puppy was a target. 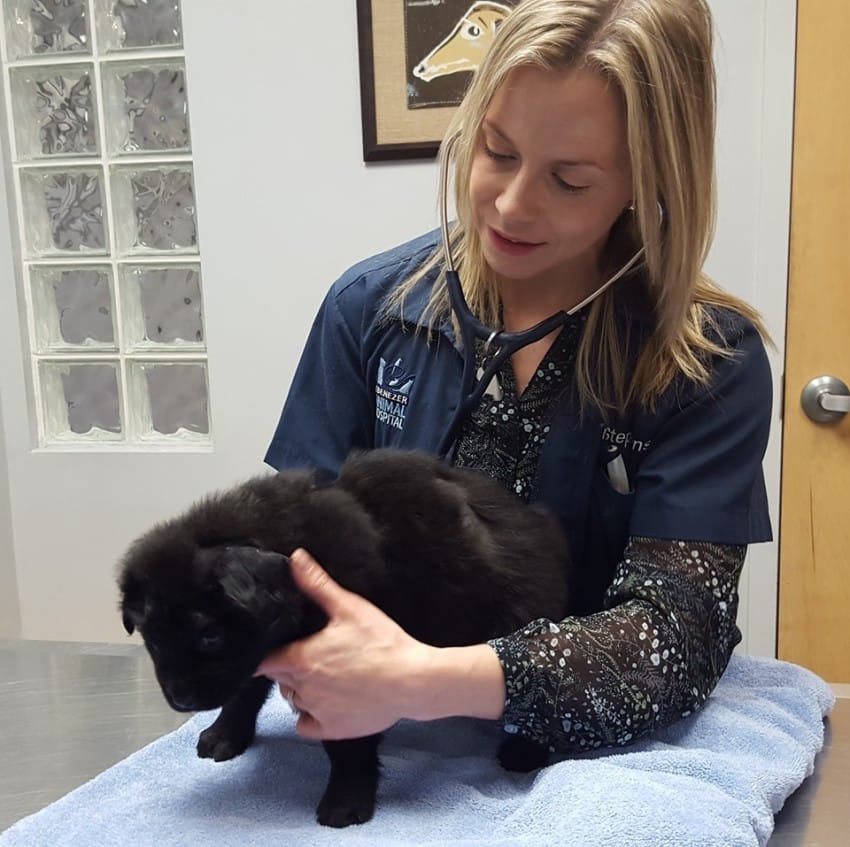 But Brody, despite his age and tiny stature, is a trooper. With the help of the dedicated staff at Ebenezer, he is making what people are calling a “miraculous” recovery.

They aren’t removing the pellets, because he is too little for the pain medication, but his body is doing a remarkable job healing around them. 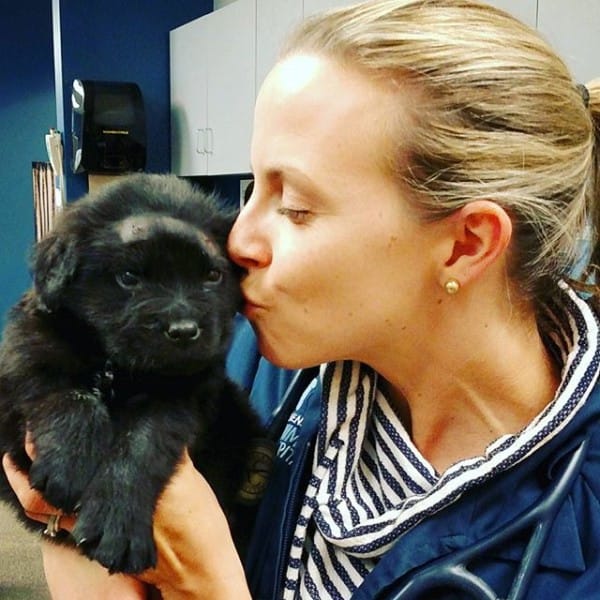 In the meantime, he’s on plenty of antibiotics, and a steady diet of puppy love!

The staff at Ebenezer is making his recovery a priority, and is especially focused on teaching him to trust humans after his terrifying experience. 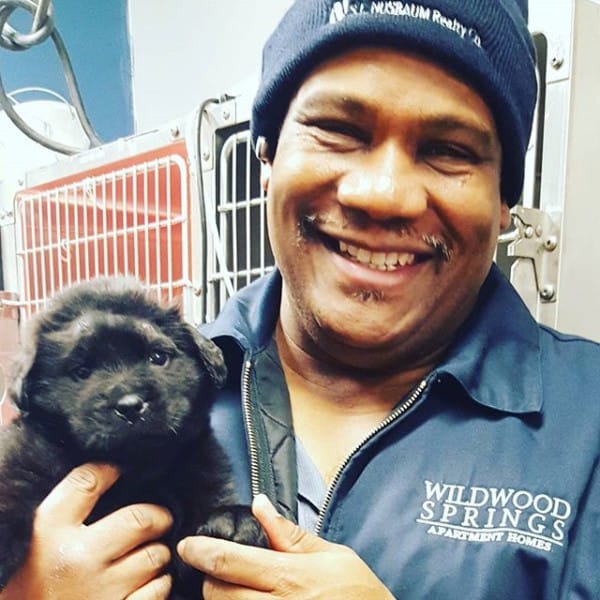 He’s even had some time to relax and snuggle with Darryl, the hero who saved his life after spotting a group of teenage boys gathered around the pooch.

Though none would admit to hurting the dog, Darryl reported to the police, and two of the teenagers have been charged with Brody’s abuse. 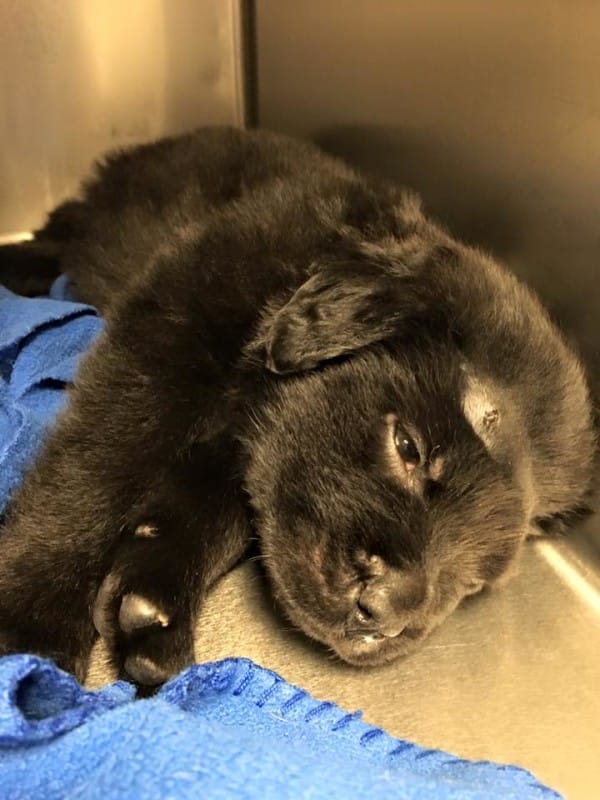 Without that to worry about, everyone is spending all their time and energy lavishing little Brody with love, and he is spending most of his time catching up on a pressing priority — nap time!

According to Mashable, the teeny pup has already found a furr-ever home through Project Safe Pet. 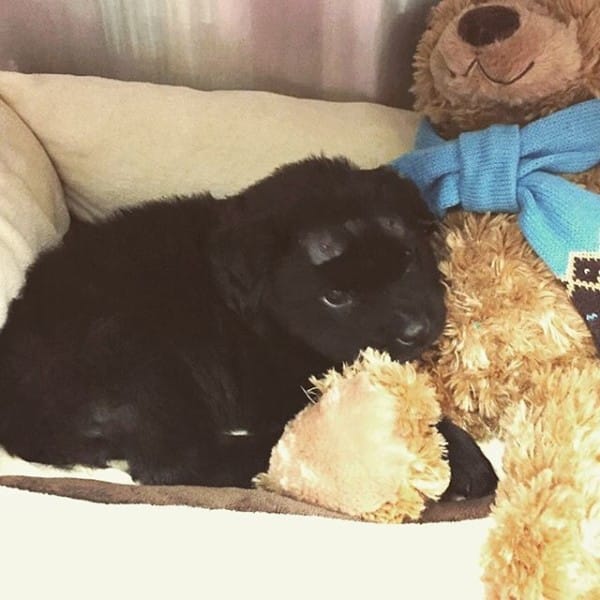 He’ll go home as soon as his wounds are fully healed and he’s no longer in pain.

The staff at Ebenezer expect him to make a full recovery and live a perfectly normal life, thanks to the lifesaving efforts of everyone involved.

Until then, he’s living like a little prince while everyone fusses over how cute he is; sounds like a very happy ending if you ask us!