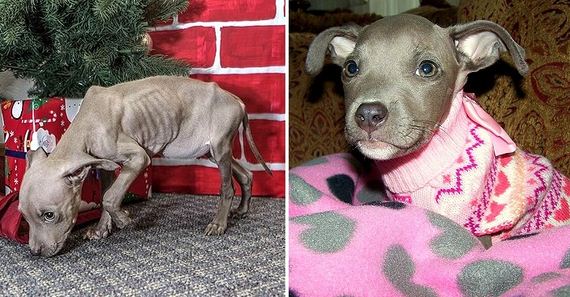 Little Jovie was three months old and weighed only three pounds when she was rescued.  Now the little darling of Lucas County Pit Crew is steadily gaining weight and will soon be ready for a home.

“She’s a character,” Jean Keating, executive director of the Pit Crew, told The Blade. “She has a personality that will just crack you up.”

When the teeny dog was taken in by the rescue group on September 29th, her frail body was beginning to shut down.  Dr. Anne Berstrom of the West Toledo Animal Hospital in Ohio said she only weighed half of what she should at three months. 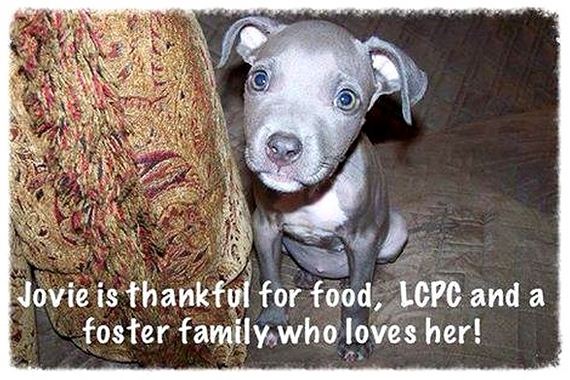 “Her body condition was excessively poor,” she said. “She definitely wasn’t going to go on too much longer. She was kind of living on borrowed time.”

But Keating could tell that Jovie was a fighter, as she had “a little sparkle in her eye and tried to wag her tail.”  She stayed at the animal hospital during the day and went home with Keating at night.

“If she was going to die, I didn’t want her to die alone,” she said. “Every time she breathed, you felt every bone in her body.” 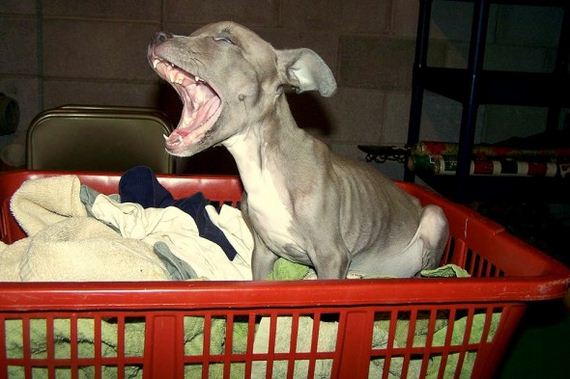 But by the fourth day in care, she was trying to walk, which caused muscle spasms.

“She would just fall over and her limbs would shake and she was just screaming,” Keating said. “It was horrifying. All I could do was wrap her up in a blanket and hold her until it stopped.”

Soon she was taken into a foster home that could provide round-the-clock care.  Keating was right – Jovie was a survivor and soldiered on.  At seven pounds, she now weighs nearly half of what she should. 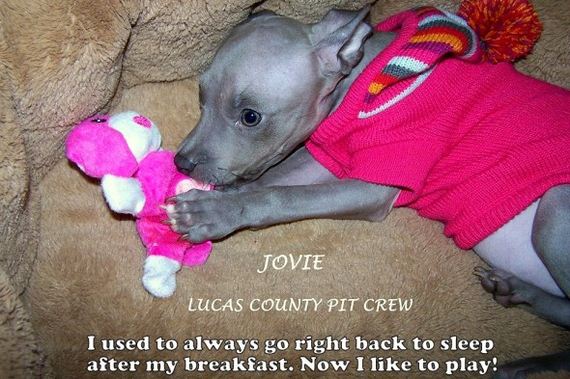 She still suffers from vomiting and diarrhea, but the bouts are becoming less frequent. The cause of these is unclear; it may be a result of her prolonged starvation, or she may have a medical condition. Dr. Bergstrom says it may be impossible to say if the damage to Jovie’s organs caused the malnutrition or if it was the other way around.

“I don’t honestly know if Jovie will ever be normal,” Keating said. “She’s likely going to be a special-needs dog all her life.”

Because the cause of Jovie’s condition is unknown, the woman who owned her has not yet been charged with animal cruelty. Jessica Bell told the Pet Bull Project that the puppy was skinny when she got her, and according to director Cindy Reinsel, there is proof that Jovie had been to a veterinarian and that several foods had been tried unsuccessfully before Bell sought help from the Pit Crew. 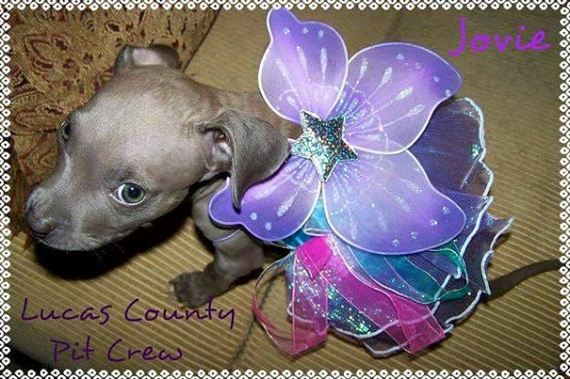 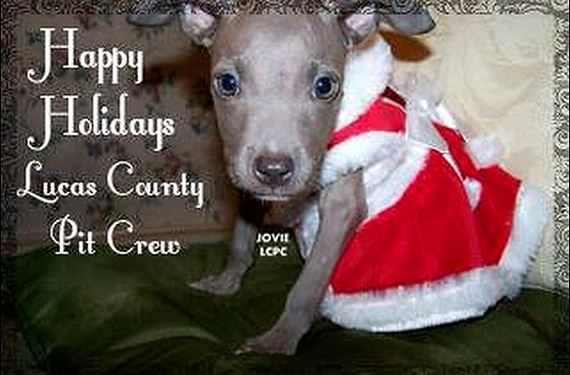 “She is gaining about a pound a week now, but will most likely always be small because of the severe starvation she suffered,” Pit Crew said.

Her medical care and special food are expensive, costing about $1,000 so far.  But this hasn’t stopped people from stepping up to adopt her.  When she is ready, the Pit Crew has already got a couple of families approved as possible adopters.  For now, she is thriving with a temporary family.

“Jovie is in foster care with a wonderful family and getting better every day,” Pit Crew said.