Hope For Paws received a phone call regarding a homeless dog who was found wandering the streets. The Good Samaritan waited in the area for an hour until rescuers could arrive.

Once rescuers arrived, she helped them secure the area with a gate so that the dog couldn’t run away. The dog was under a car so they quickly wrapped the gate around the entire car. 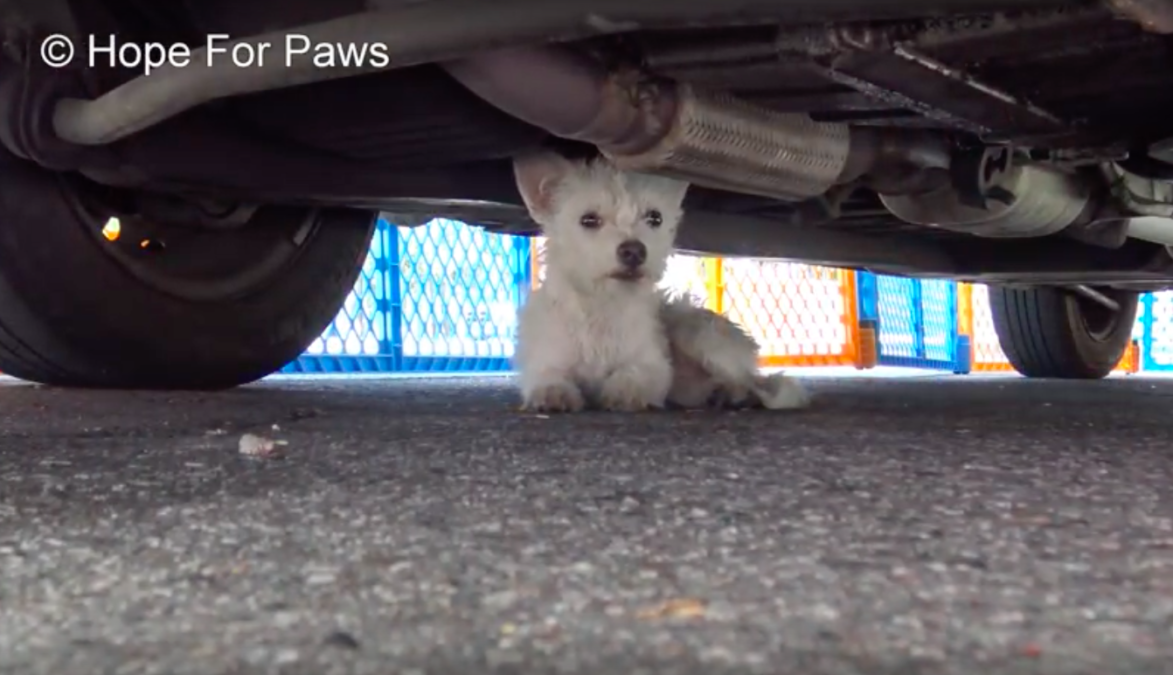 When they looked under the car, they realized that this dog was only a little puppy. She was very scared and wouldn’t come out from under the car; all she did was lie down.

Rescuers had no choice but to use a gentle snare to secure the pup. She kept walking away from the snare but they were finally able to get it around her hind legs. Then one of the rescuers crawled half-way under the car to grab ahold of the dog. Thankfully, she didn’t even put up a fight and was very cooperative. 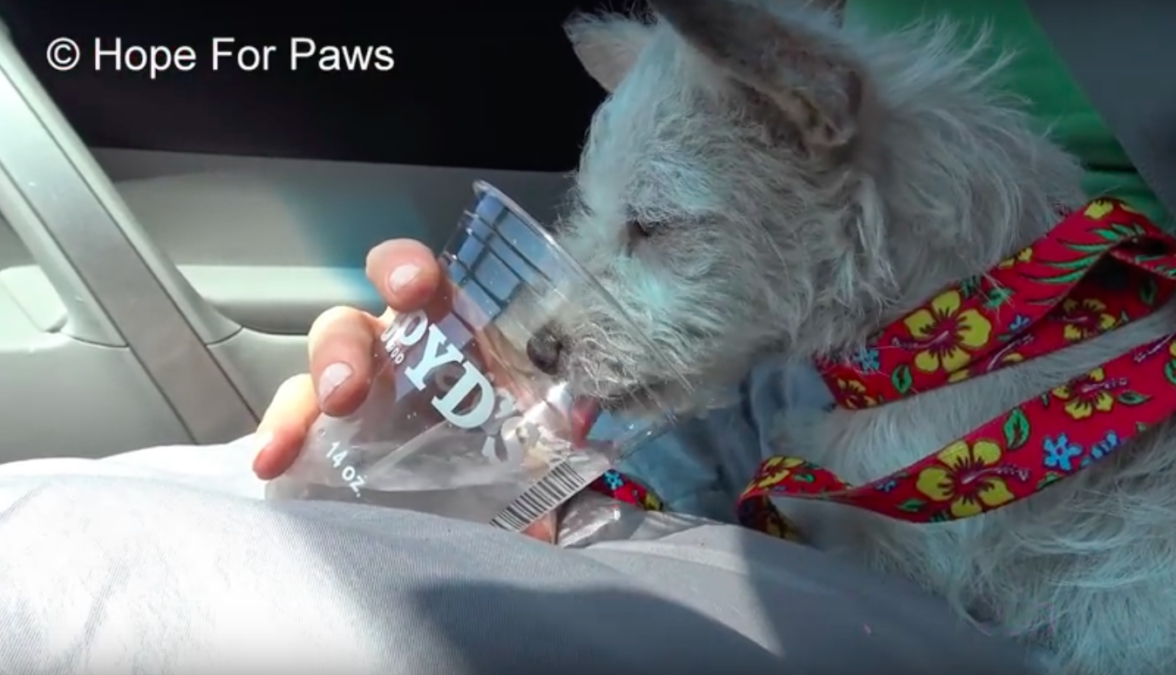 They put the leash around her and got her in the car. She was a very young puppy and was extremely sweet! They gave her a cup of water which she quickly drank up. They decided to name this cute little pup “America.” 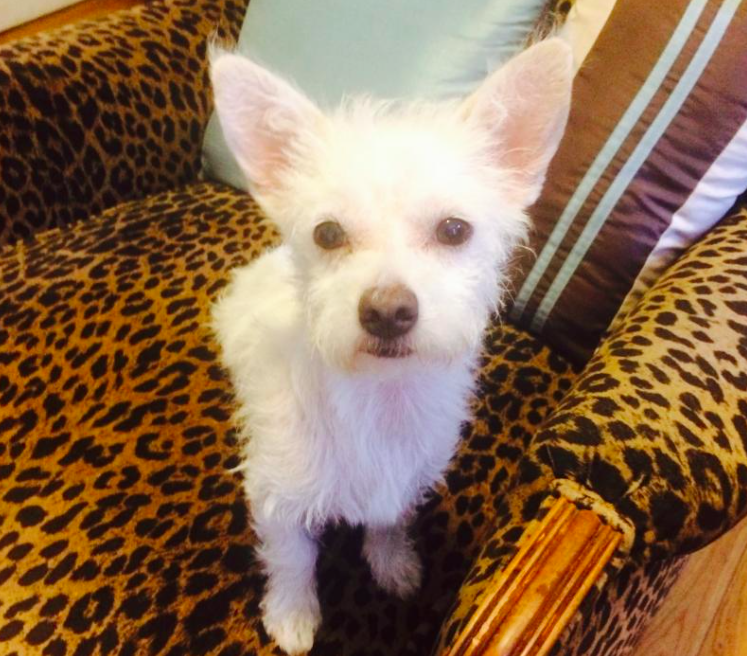 Once they got back to their rescue, they gave her what was probably her first bath ever. She didn’t seem too fond of it, but it undoubtedly felt good to get clean. After her bath, her personality began to shine through. She is such a happy and quirky little puppy! 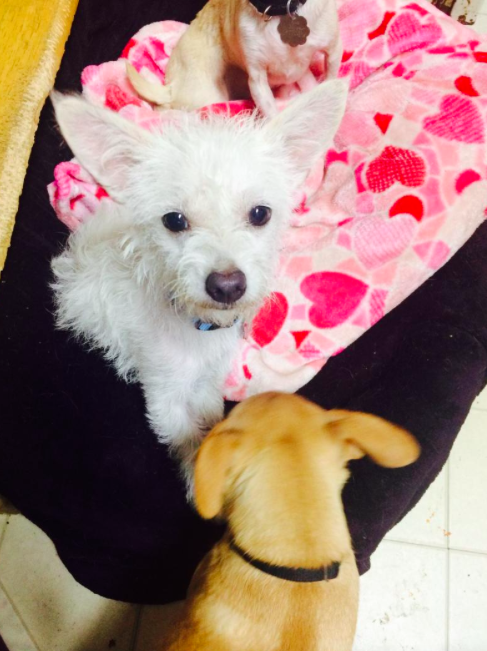 Now she is searching for her forever home! America is a Westie/Terrier mix and is thought to be around five months old. She is looking for a home that has another young playful dog and with owners who aren’t gone all day. She has had her first shots, has been microchipped, and will be spayed before she’s adopted. To apply to adopt America, visit www.TheForgottenDog.org. 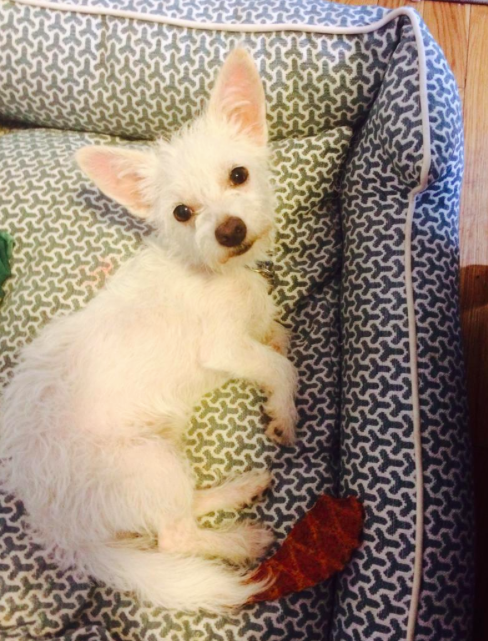 In the meantime, she is enjoying the start to her new life while living with a foster. She gets to sleep in a warm and cozy bed and is feeling love for the first time!