We all know how hard it is to say goodbye to our dogs when we have to go away, even if it’s just for a few hours. But we know deep down they’ll be okay, and that we are probably taking it harder than they are. It’ll just be that much sweeter when we come home later to be greeted by them! 🙂 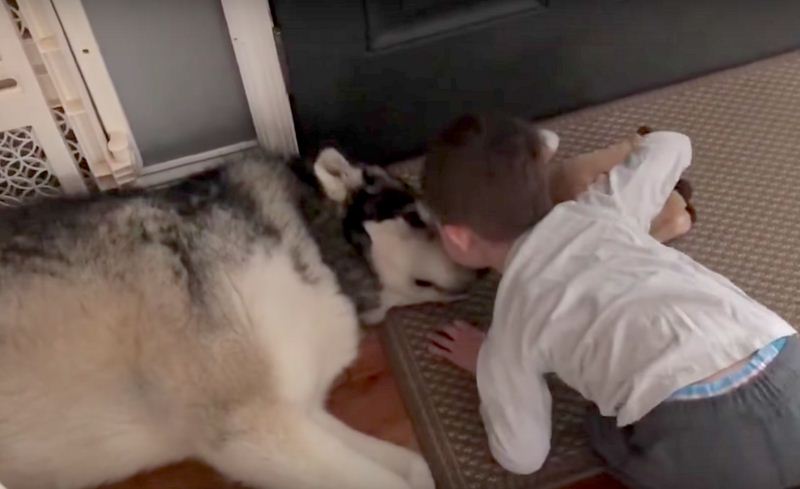 In the video below, a toddler has to say goodbye to his dog for the day. And the way he does it is the most heartwarming thing! The boy walks over to pat the dog on the head as he says his goodbye and tells him that he loves him. The dog’s wagging his tail as the kid then bends down to kiss him on the head. It’s the sweetest interaction you’ll see all day! 🙂