Buddy didn’t have such a great day when he thought licking the crumbs out of a cookie jar was a good idea. Specialist firefighters from the Hampshire Fire and Rescue were called in to rescue Buddy over the weekend; a pug and Chihuahua cross-breed puppy with an obvious sweet tooth. The little guy became trapped as he tried to grab the last crumbs in the bottom of the cookie jar.

According to the Facebook page of the rescue organization, of course it was a serious issue for the little pooch who had to have been embarrassed when all was said and done, but rescuers did take Buddy’s safety seriously. After the dog’s owner tried using soap to make the jar slide off and that didn’t work, it was time to call in the experts. 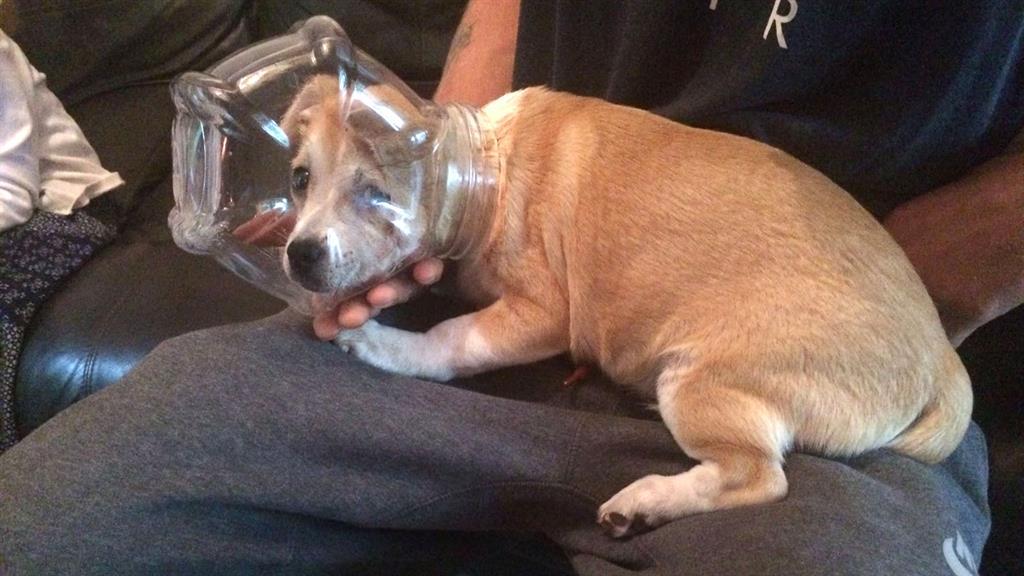 And so came Anton Phillips, a rescue specialist to Buddy’s assistance.

“I was keen not to risk breaking the glass as this could have injured the animal. I used manual manipulation to release the dog’s head. I pulled back the loose skin and positioned it so I could get one ear out then the other. There was a pop as I got its head free. I have dealt with a lot of animals over the years and I always say if they can get it in, I can get it out,” stated Anton. 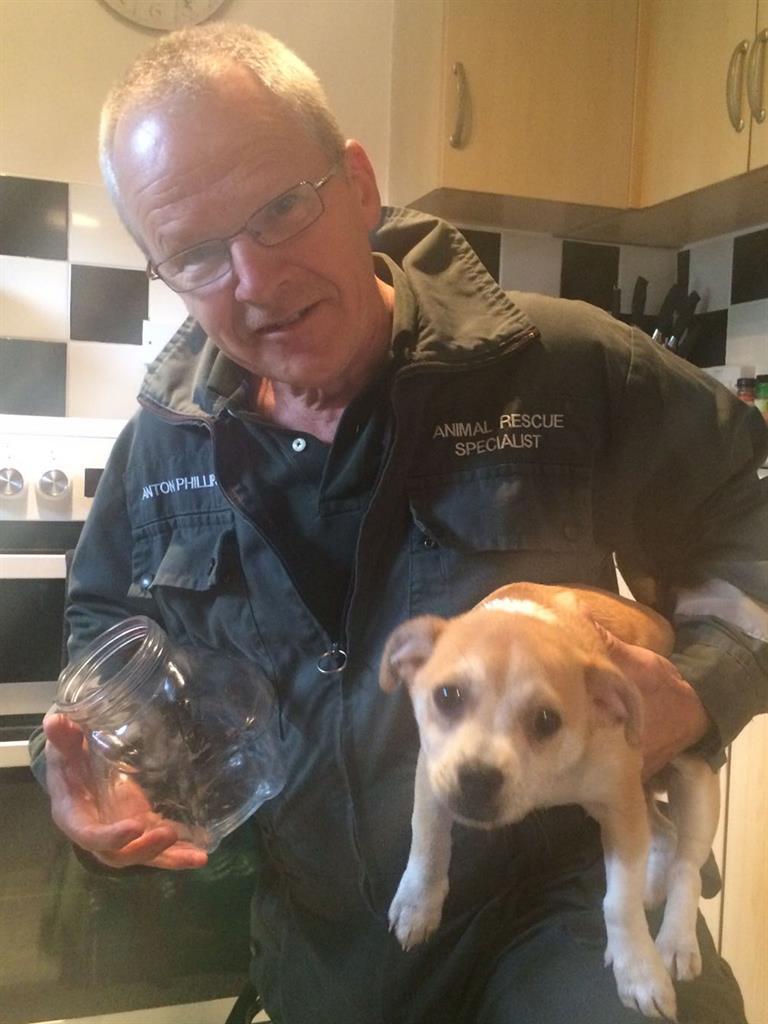 We can only hope Buddy learned a lesson – the crumbs just aren’t worth it!

(Photos and video screenshots via Hampshire Fire and Rescue)

Check out the quick video for a smile: (silly puppy)