Smart dogs often show restlessness and unmanageable behavior as puppies. This was the case with Ruby, an Australian Shepherd puppy. The shelter tagged her as unadoptable and arranged for her to be put down. Just 2 hours before being put down, dog trainer Patricia Inman intervened and begged for Ruby’s life. 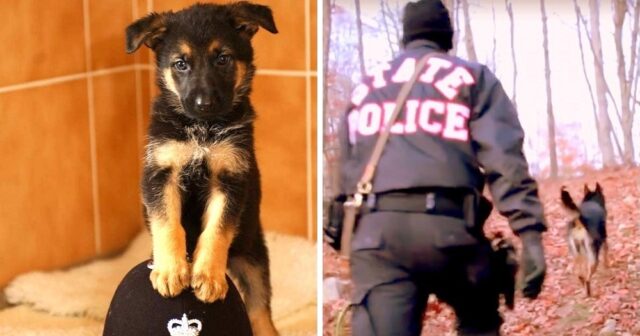 Patricia believed that a gifted dog like Ruby would do well with the K9 unit. Her efforts paid off and Ruby was enrolled into a K9 training program. Her handler, Daniel O’Neil, had immense trouble in the early days of her training. But once Ruby settled down in a stable and loving environment, she became a force to be reckoned with!

Over 7 years, Ruby and Daniel helped crack many missing people cases and saved countless lives. One day, they received a call about a teenager missing for 24 hours. The family was heavily distressed. Ruby eventually found the missing teen passed out in the woods. The teen had hit his head and was rushed to the hospital just in time to be saved. 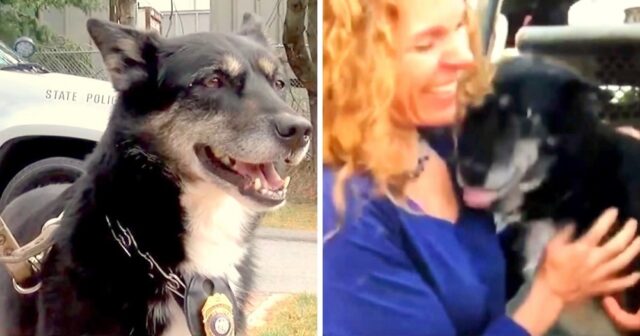 Later when the boy’s mother came to thank Officer Daniel, he was shocked to find out who the mother was. The boy’s mother was none other than Patricia, the trainer who had saved Ruby as a puppy! Daniel informed her that Ruby was THE K9 who saved her son’s life. Patricia was in tears as she tried to wrap her head around this fateful coincidence. Her simple act of kindness 7 years ago saved her son’s life! What a miracle!

Click the video below to watch Ruby’s journey and her heavily emotional reunion with Patricia 7 years later!