Natalie Olivieri had rescued enough dogs to know Harper had been horribly abused — and that she was traumatized. 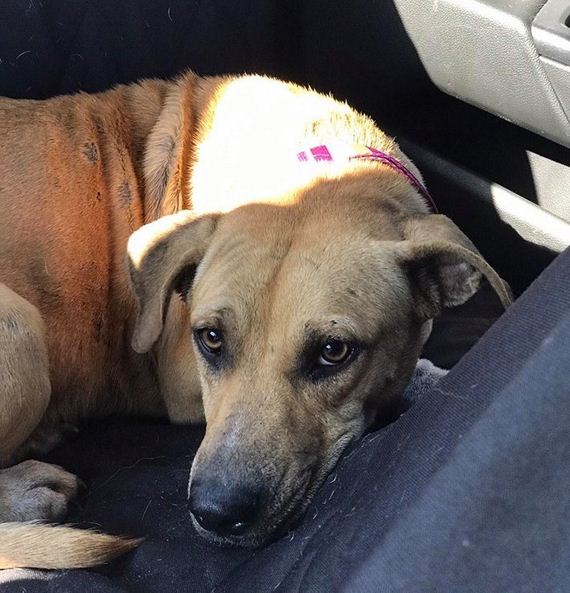 “The place is pretty much a dumping ground of dogs,” Olivieri told The Dodo. “People just leave them there.” 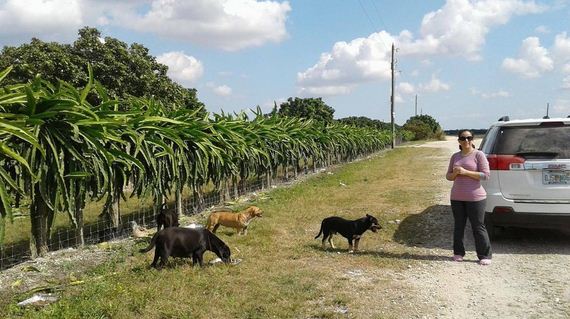 Another organization called Redland Rock Pit Abandoned Dog Project visits The Redlands every day to feed the homeless dogs there. It goes through about 350 pounds of kibble to feed approximately 100 dogs, Jessie Pena, vice president of the group, told The Dodo.

However, there are more dogs than it can help, Pena explained. 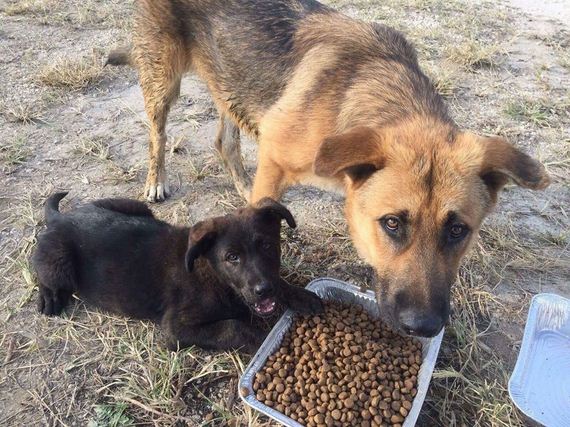 “There are thousands of dogs out there,” Pena said. “We only cover a small area. Redland is huge.” 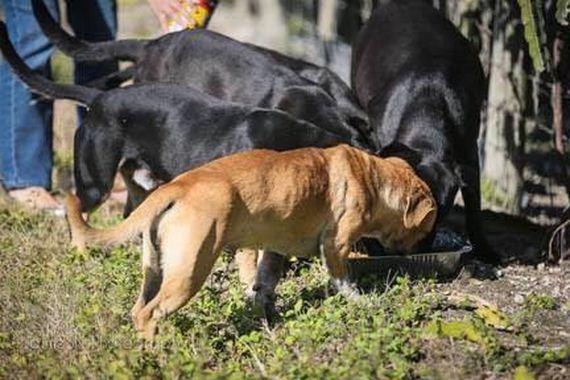 For Olivieri, it was an experience she’ll never forget.

“We pulled onto this dirt road, it was all remote,” Olivieri said. “You would never find it on your own.”

When volunteers from Redland Rock Pit started putting out food, dogs started to appear. That’s when rescuers spotted Harper, a 1-year-old hound mix. The volunteers had seen her before on previous visits to The Redlands — they believed she’d lived in the field for about four or five months. 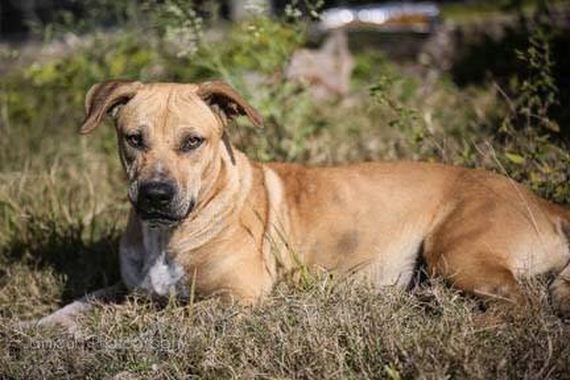 “Harper came out with about five other dogs,” Olivieri said. “As soon as Harper approached us and we met, she just completely fell on the ground in fear.”

Besides clearly being terrified of people, Olivieri noticed Harper had scars on her head and back.

“She was definitely abused and neglected,” Olivieri said. “There was no way we were going to leave her there.”

Rescuers managed to slip a lead around Harper’s neck, but when they tried to take her back to the truck, Harper refused to move. 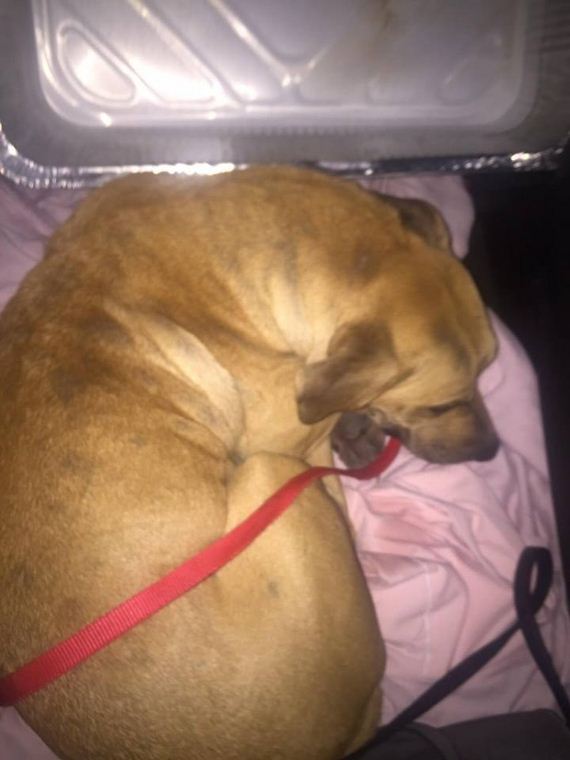 “We had to pick Harper up,” Olivieri said. “We didn’t even put her in a crate at this point, so we put a blanket on the floor.”

When Olivieri and the other Furever Bully Love Rescue volunteers arrived back in Orlando, they took Harper (and two other dogs from The Redlands) to the vet for a checkup, where Harper was treated for anemia, worms and a tooth infection. 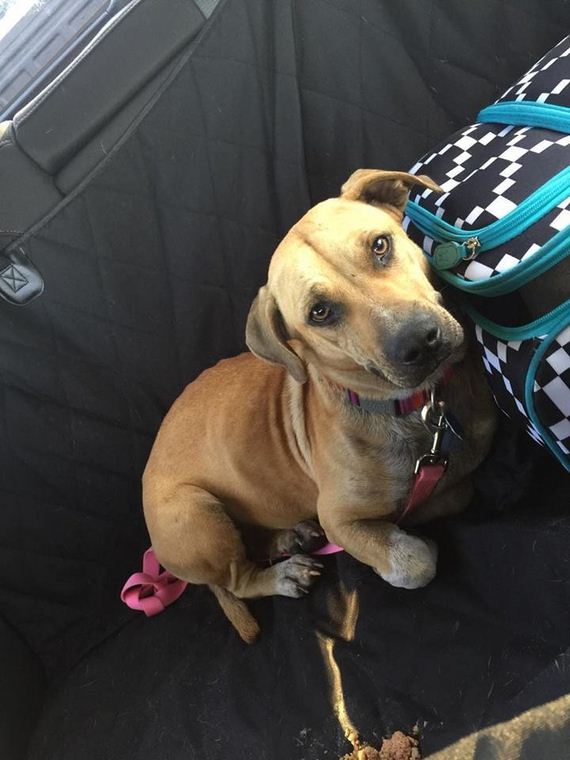 But Harper’s fear issues would take a lot longer to heal. 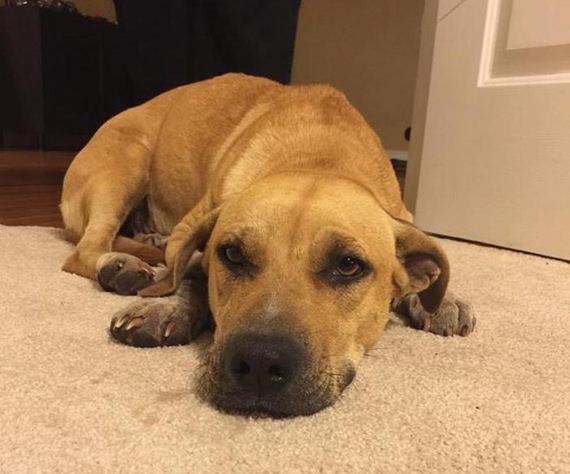 “For about three days, she never stood up,” Olivieri said.

And when anyone picked up Harper, she clung to them like her life depended on it. 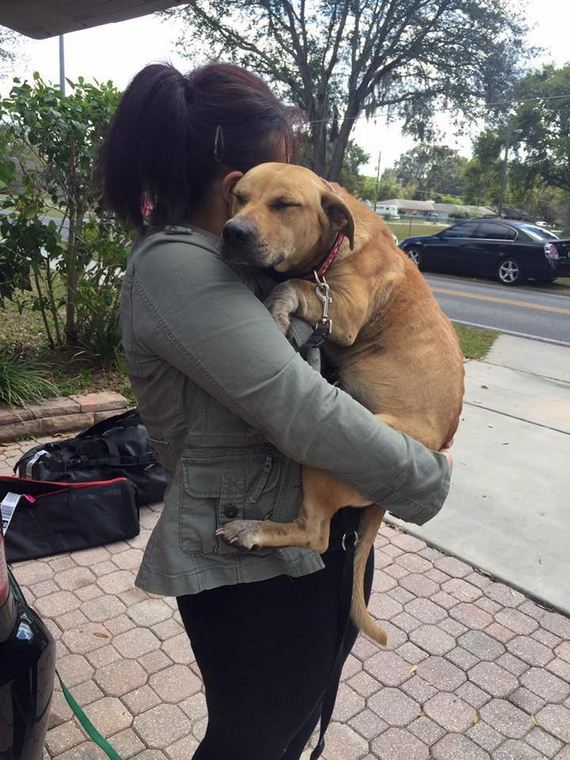 “It could be a comfort thing, or it could be that she’s holding on so she doesn’t fall,” Olivieri said. “It’s hard to say with abused dogs like that.” 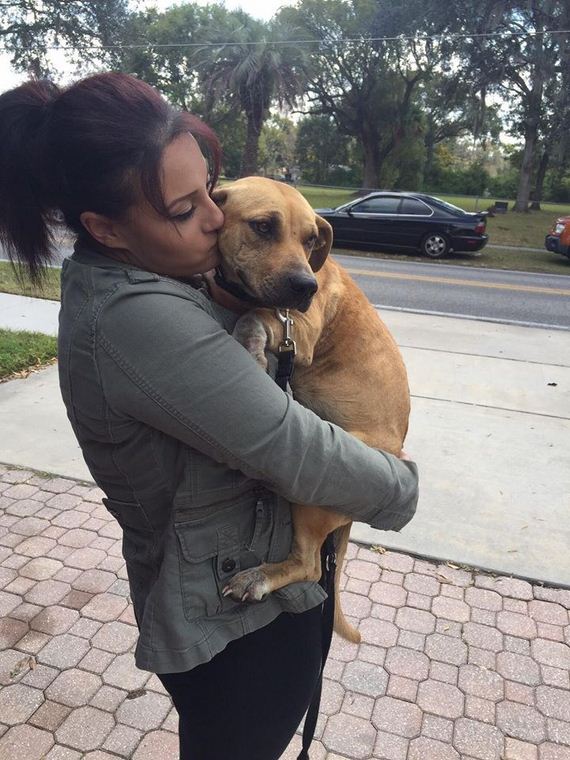 Since Furever Bully Love rescue doesn’t have a physical shelter, Harper went straight into foster care with a woman name Cheryl Kessler. Harper’s only been with Kessler for a few weeks, but Kessler’s already seeing a huge change in her.

“She leaves her crate and runs around outside,” Kessler told The Dodo. “She’s doing donuts in the backyard, and just being a very normal, typical dog. I love seeing her come out of her shell, and her personality come through.” 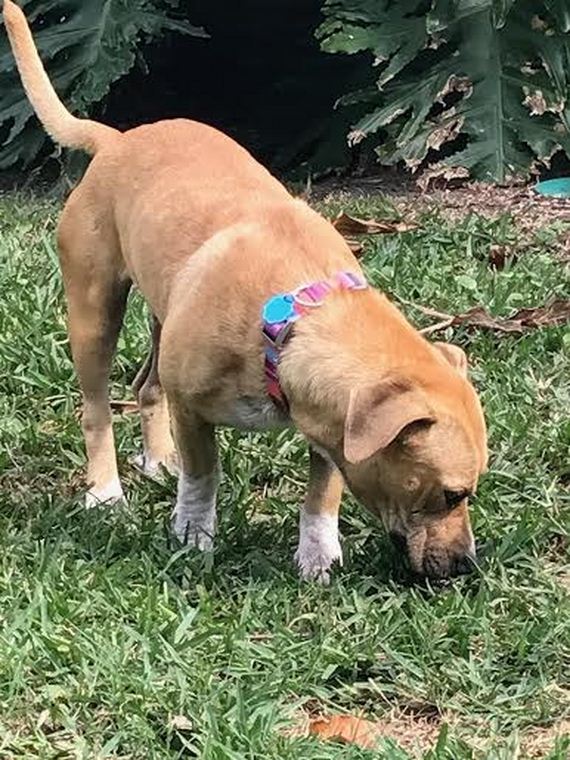 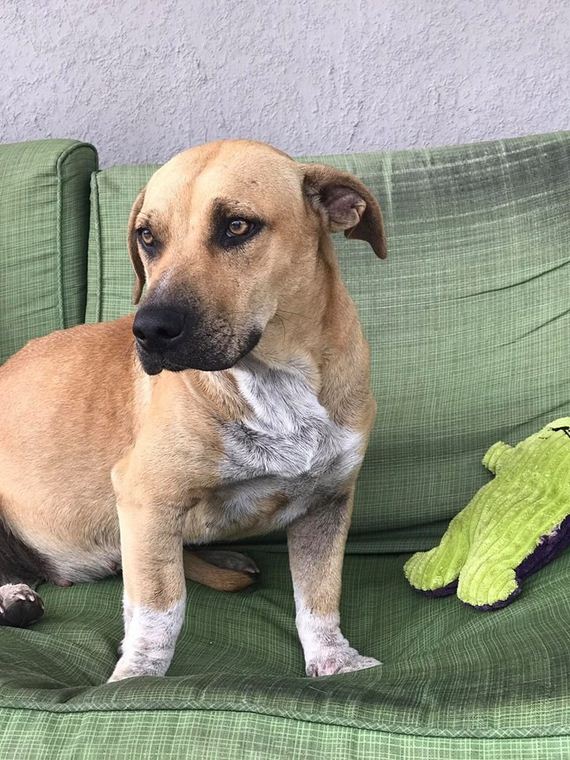 Harper will be up for adoption in about five months. If you’d like to adopt her, or one of Furever Bully Love Rescue’s other dogs, get in touch with them. Redland Rock Pit Abandoned Dog Project also has plenty of homeless dogs who need homes available on its website.

You can help both Furever Bully Love Rescue and Redland Rock Pit Abandoned Dog Project save more dogs by donating.