Back in July 2015, PAWS Animal Rescue in Ireland posted a heartbreaking video of Angel, the Sighthound puppy who was too traumatized to do anything but stand and stare at the wall. She tucked her head against the corner as if in a time-out, or hoping to disappear altogether. 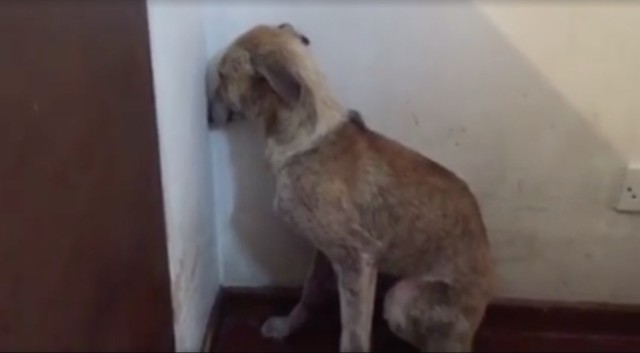 While the exact source of the abuse remains a mystery, the toll it took on the poor pup was evident. Gina Heatherington, founder and CEO of PAWS Animal Rescue Ireland, said to ABC News:

“She was picked up on the street…She sat in the corner and hid her head and she just wouldn’t move for anybody. Whatever trauma happened to her, [I thought] ‘What did they do to her to make her like that?’ Never had I seen a dog that was traumatized that much, mentally.”

When Dubliner Michael McGrath saw the video, it tugged at his heartstrings, and he knew he wanted to give Angel a second chance. Said McGrath in the ABC News article:

“I saw the original video and we just had to have her…I said, ‘We can really give her a good life and make a difference.’”

On January 30th, PAWS posted a new video of Angel–now named Cara–on their Facebook page. But this time, she looks much different! Once a pup that was scared silent, one-year-old Cara is now quite the conversationalist with new sibling Jago, who was also a rescue. 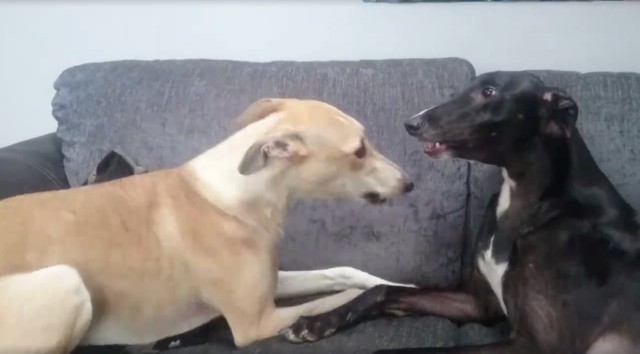 She was very scared, but has really come on well. I think she was young enough to be able to block out what happened. She’s afraid of other dogs outside, but she has the security of her home. She’s a great little character and it just broke our hearts when we saw the video.” 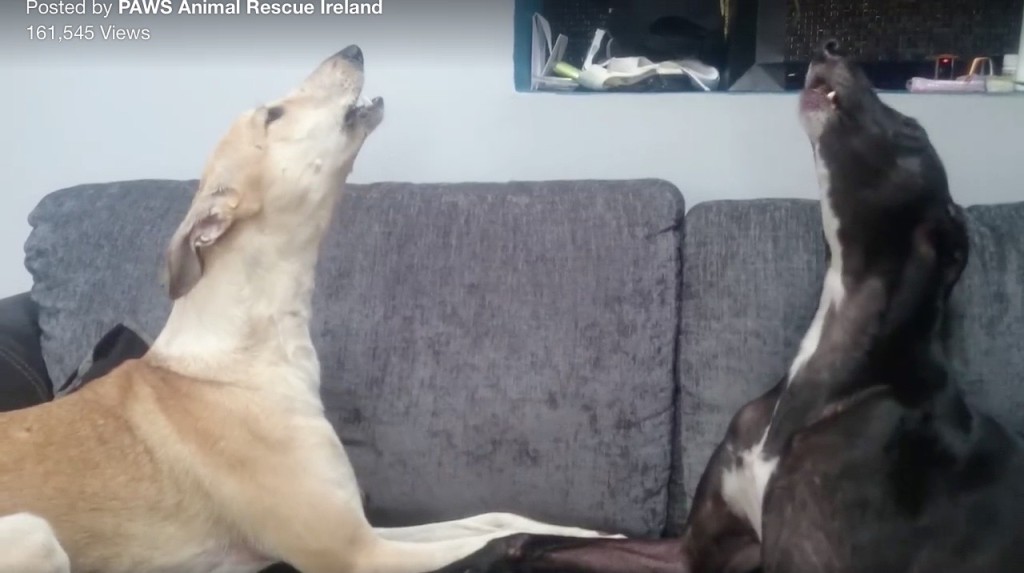 This new video, however, must make Cara’s new owners smile (we know we did!). Looks like she’s fitting in nicely!