The first thing people notice about Brodie is his long neck. Brodie is a rare breed called an Azawakh, which is a sighthound related to Greyhounds and Whippets. The breed is already known for having a long neck, but after a car accident, Brodie had to get his leg amputated. His missing leg only accents his giraffe neck further.

Despite having a rough past, Brodie’s living the dream. He has loving canine siblings, and he’s Instagram-famous for his “giraffe neck.” Most importantly, his mom thinks his incredible story is an inspiration to all. 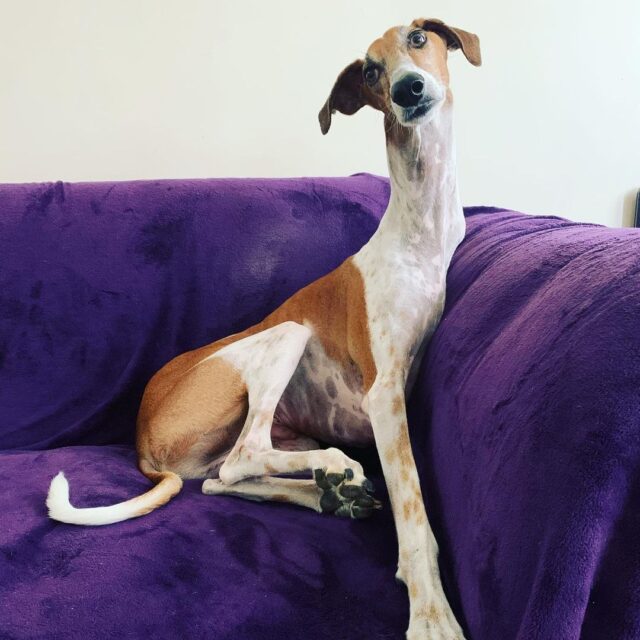 As a puppy, Brodie got hit by a car and was neglected. Louisa Crook from the Middle East rescued him, but he was in critical condition. He had to get one of his front legs and shoulder amputated, which saved his life.

Now, Brodie is fully healed, and he’s living comfortably in Crook’s home with her two other dogs. One of Brodie’s most recognizable traits is his long neck. Crook loves Azawakhs, but since they’re a rare breed, Brodie is the first one she has seen in person. She said their necks are usually extremely long, but Brodie’s missing leg makes his whole body look like part of his neck. 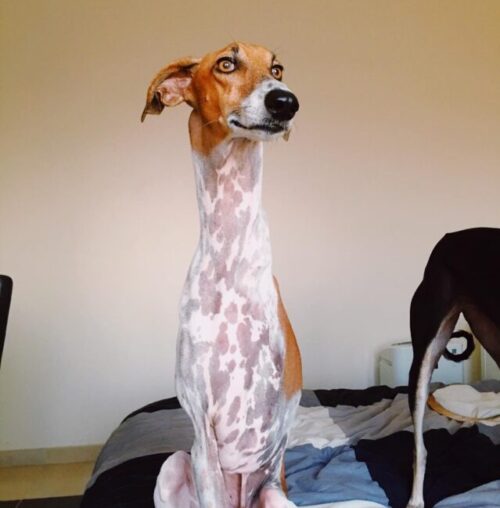 “Brodie is absolutely the most beautiful dog I think I will ever lay eyes on. I’m a sighthound fan, and Azawakhs are one of my favorite breeds,” said Crook. “Even in the state Brodie was in when I first saw him — unable to walk and in such pain — he still took my breath away.”

Crook says that she and Brodie have a special bond. He’s the only dog in the house who likes to get up early in the morning with her. He’s always incredibly sweet, and he seems grateful that she saved his life. 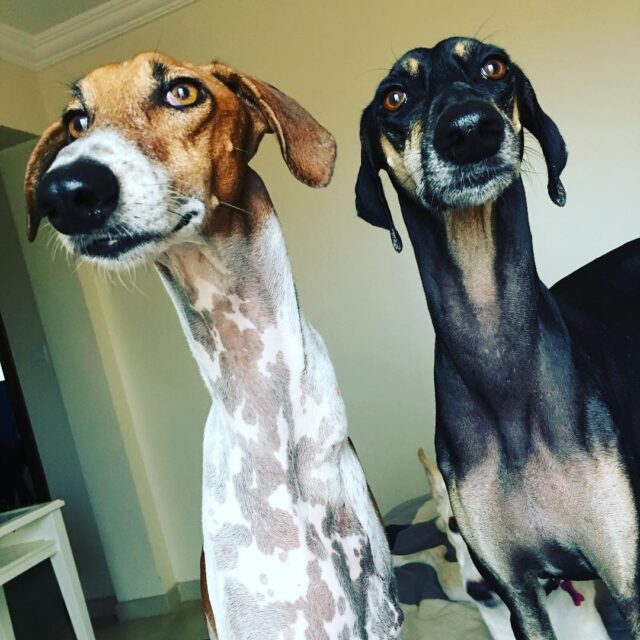 Crook isn’t the only person who adores Brodie. He now has his own Instagram page with over 25,000 followers. People always stop Crook to ask about the pup while they’re walking too. They’re always curious about his long neck, missing leg, and freckles.

Not many people are familiar with Azawakhs, which are considered one of the smartest dog breeds in the world. When Crook tells people about Brodie’s past, they’re even more amazed by the beautiful dog. 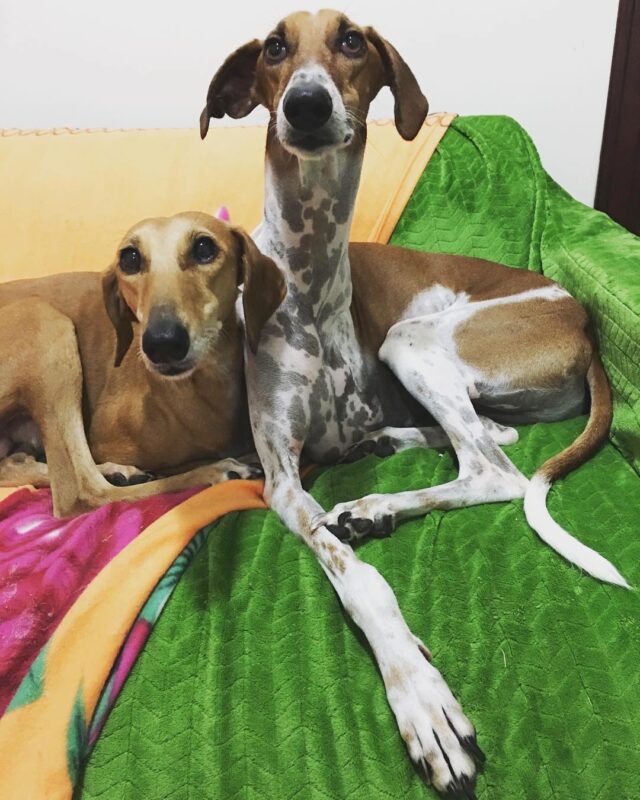 “From Brodie, I definitely learned not to give up so easily. I was so certain there was no hope and got so close to calling it for him. I shudder to think of it now seeing how he thrived,” Crook said. “Brodie is the dog I look to when I need to stop feeling sorry for myself. I will never have it as bad as he had it and he got through it all like it was nothing and with a smile on his face.”

Brodie truly is one of a kind. He and Crook changed each other’s lives in many ways after she rescued him. Thanks to his social media fame, he will continue to inspire others for years to come.