It’s unclear how three tiny Lab puppies ended up hiding under a Florida porch, but they seemed scared and confused. They’re only about two months old, with one boy and two girls. So, they were definitely too small to be out in the world fending for themselves.

Luckily, Florida Highway Patrol Trooper Susan Barge spotted the puppies under the porch and knew she had to do something. After a little investigating, she decided to take matters into her own hands. She dedicated her time to make sure these sweet puppies found amazing families to love them. 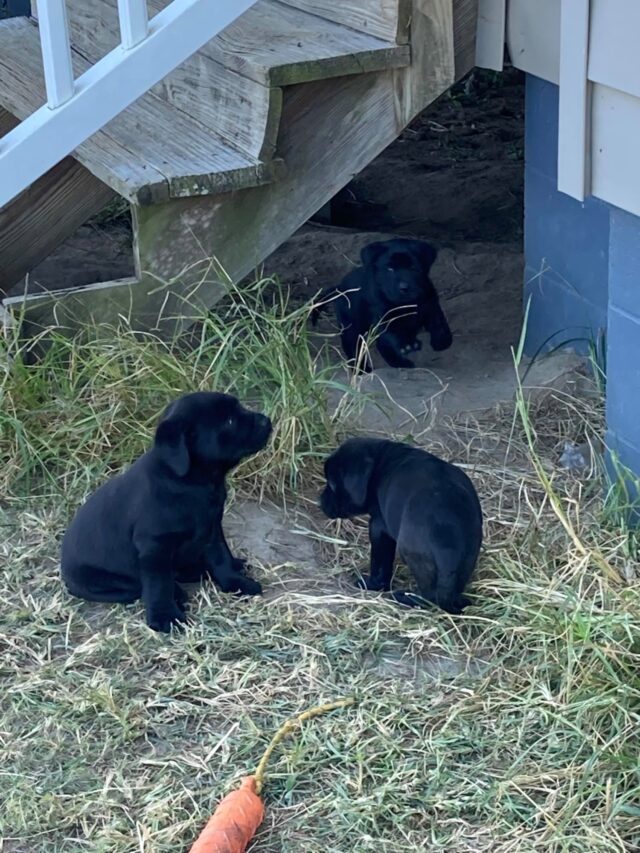 Barge was working on a hit-and-run crash on a Saturday when she spotted the puppies nearby. The tiny black Labs huddled together under a nearby porch. Before Barge went home for the night, she decided to help the pups.

She talked to the owner of the residence. It’s unclear if the homeowner knew anything about the scared puppies. Barge also noticed that the temperatures could reach the 30s overnight, so she couldn’t bear to see the shivering pups suffer. 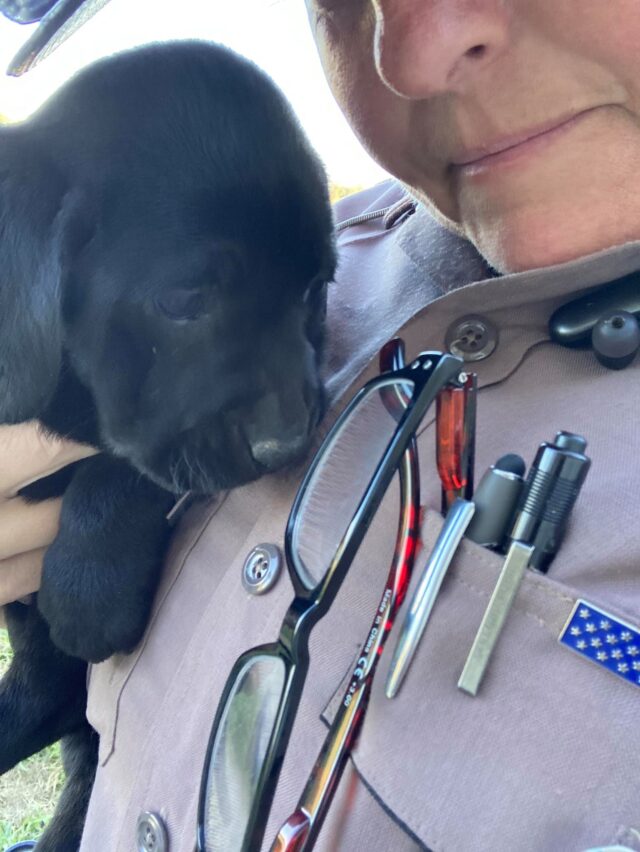 Barge took the puppies with her to help them find forever homes. She went above and beyond her regular job duties to make sure these dogs stayed safe.

“Sue Barge, you are such an inspiration,” wrote Shana Robison, who helped with the rescue. 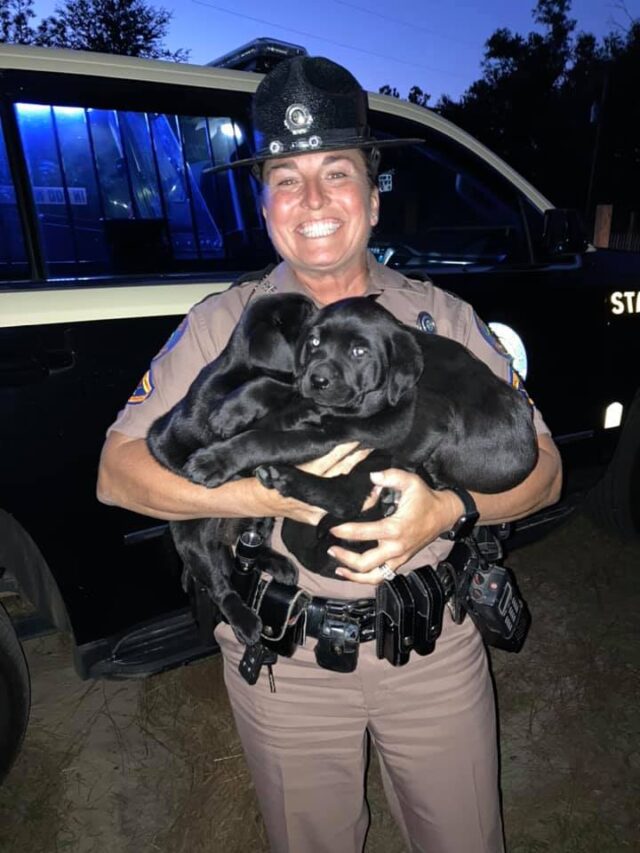 Looking Toward a Brighter Future

At first, Barge and Robison planned to find homes for the three puppies themselves. According to Facebook, Barge took them somewhere warm for the night, and she encouraged people to message Robison if they were interested in adopting.

But later, Barge shared an update on the puppies’ journey. She said that Casey’s PAWSitive Stars, a rescue that focuses on rehabilitating animals, offered to take the Lab puppies. All the adoptions went through the rescue, and it’s no surprise that the pups were scooped up right away. “They have all since been adopted by their furever family,” the Florida Department of Highway Safety and Motor Vehicles wrote on Facebook.

Florida is known for its warm weather, but nights can still get chilly, especially for innocent puppies fending for themselves. Barge never explained how the puppies ended up alone under the porch, but it’s unlikely that they would’ve survived long on their own. So, Barge deserves so much recognition for going out of her way to make sure these puppies thrived. She might not think so, but she’s a hero! 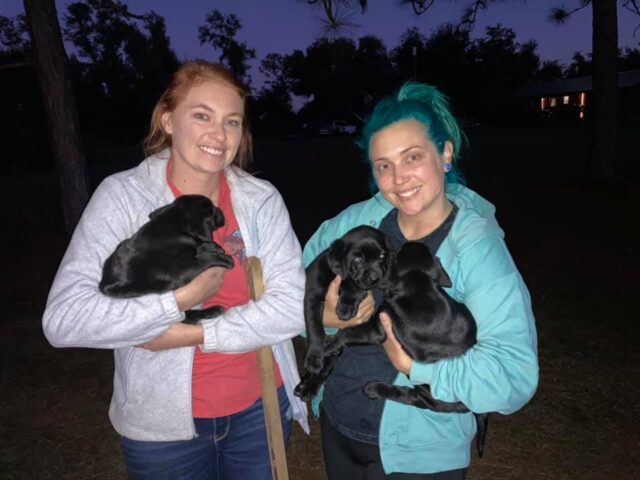