Do you remember those giant console television sets that were so popular years ago?

Now made obsolete by flat-screen televisions that can be mounted on the wall, these massive cabinets were once the high-tech electronics on which most people watched the Beatles give their first hilarious American interview on one in 1964.

However, nowadays, these massive antiques are most likely gathering dust in many basements. But why let them sit there decaying when you could turn them into something useful?

Shona Lene specializes in turning useless old junk into a practical treasure, and she recently published a DIY project that will make you see that giant console TV in a whole new light!

With just a few easy steps, Shona transformed a cabinet TV set into a luxurious bed for her adorable dog, and you can, too! All it takes is a helper who can lift a TV, a little paint, and a vivid imagination.

Scroll through the images below to see how easy it can be to repurpose that useless old television into something you’ll be proud to display in your home! 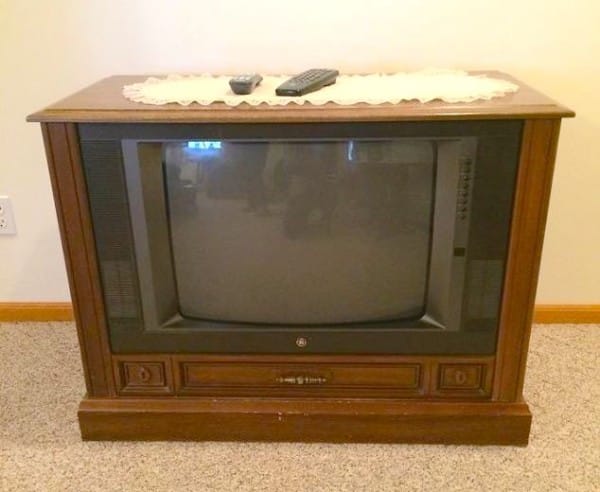 In case you forgot what they looked like, here’s a console television set. If I had to guess, I’d say this one was from the 1980s.

Shona found this one at a swap meet and immediately knew that she wanted to transform it into a bed for her little Pomeranian, Lilly. 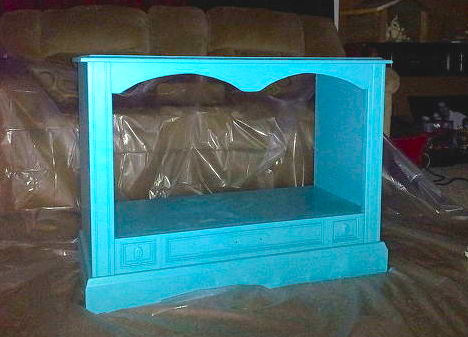 The first thing to do was get rid of the television set itself. The next step was to gussy up the cabinet a little.

Shona explains: “I gutted the TV, added a bottom shelf, and an upper trim piece my husband cut out from scrap wood. I used Zinsser primer, then sprayed Sherman Williams Mariner paint with my handy dandy paint gun.” 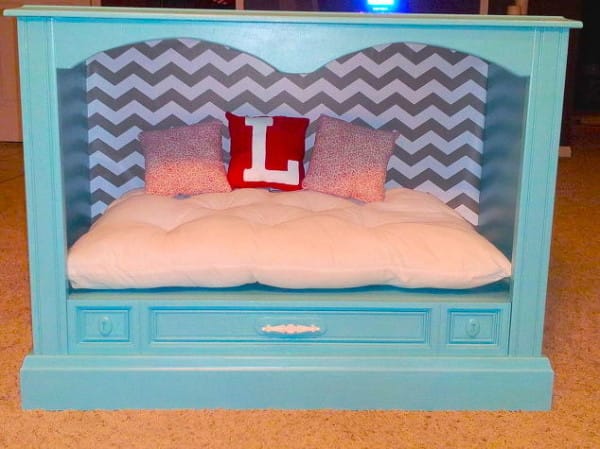 Because she wanted it to feel more like a little bedroom, Shona closed in the back of the cabinet so her Pomeranian would fall out the other side.

She used a piece of plywood to create the back wall. Then she covered it in grey and white chevron contact paper found on Amazon. 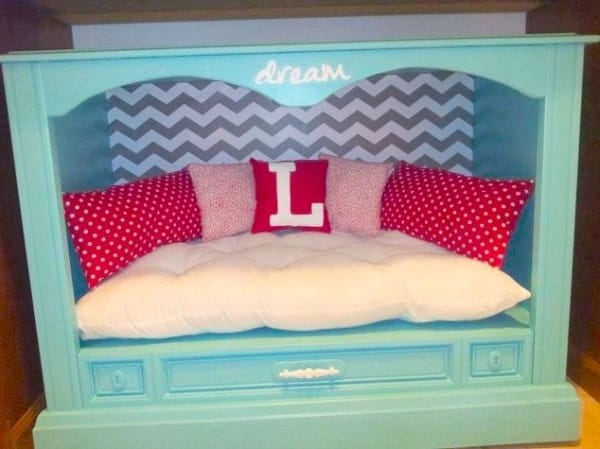 To make the bed extra-comfy, she quick sewed some puppy-sized pillows out of colorful fabric.

Shona explains: “I used a wooden letter from Hobby Lobby to outline my “L” before hand painting it in white fabric paint.”

She also kept the cabinet’s original hardware in tact, but spray-painted it white so that it complemented the rest of the updates. 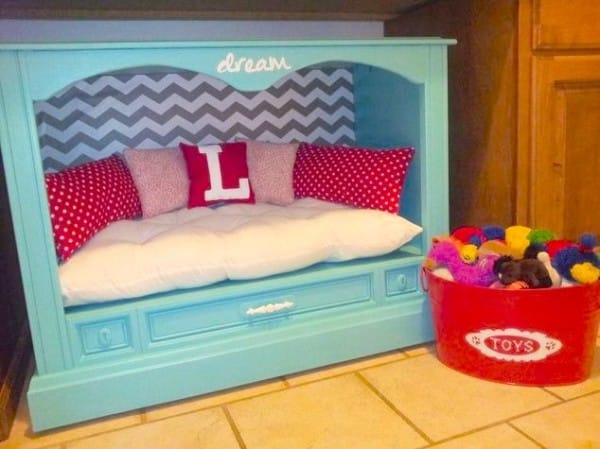 Of course, no bedroom is complete without a toy box, so Shona added a red bucket found at Dollar General to hold all of Lilly’s stuffed animals.

The “Dream” and “TOYS” lettering was made with a Cricut machine. 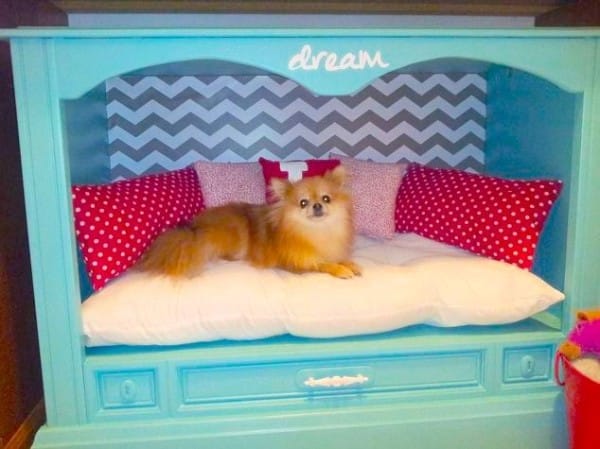 Finally, it was time to see if Lily would accept the new “TV console bed” as her new personal space. “I think she loves it!” Shona said of this picture.