Stephen Gilchrist Glover, better known as Steve-O, was in Peru filming and learning how to mountain climb for a new series called “Ultimate Expedition.” He wanted to find a street dog to be his companion, so he bought some dog food and went around trying to feed the strays.

None of the dogs wanted anything to do with him. But then he came across Wendy. Steve-O knew she was the one, but he was afraid he’d never see her again. He went into a restaurant where dogs were not allowed, and much to his surprise, came out later to Wendy and a whole crew of strays! “It was like she told the dogs I was cool,” he said. 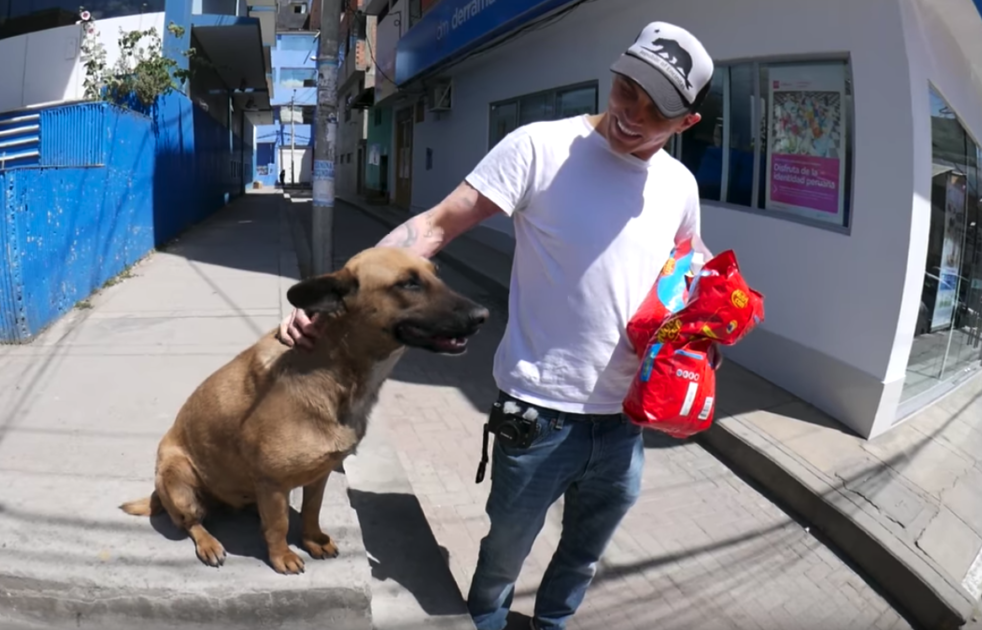 He tried sneaking her back to the hotel, but he was busted by management. They allowed him to bathe her before taking her back outside, but that’s when Steve-O decided he’d stay out there with her! He pitched a tent and spent the night by her side. He just couldn’t risk losing her.

He took Wendy to the vet for a checkup and prepared her for her new life! “I love this dog so much,” Steve-O said. “She’s already got a flight to L.A. I’m (gonna) bring her virtually everywhere I go for the rest of my life.” They’re just meant to be. 🙂