Hope For Paws received word of three dogs who were dumped in a residential area. The dogs found refuge at a vacant house for sale nearby, and two of them ended up being taken in by a neighbor. But Moomba was too frightened and skittish. 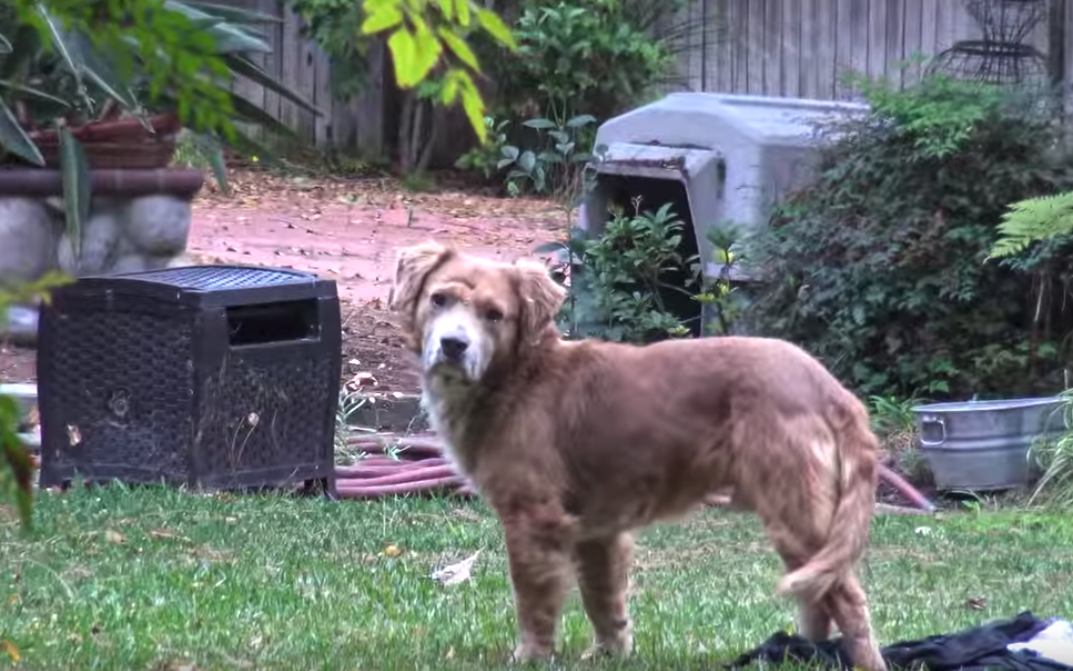 Lisa Arturo and JoAnn Wiltz decided the best way to save the scared dog would be to set a trap and wait. And it didn’t take Moomba long to come after the food. The dog was very untrusting of humans and didn’t realize they were there to help. 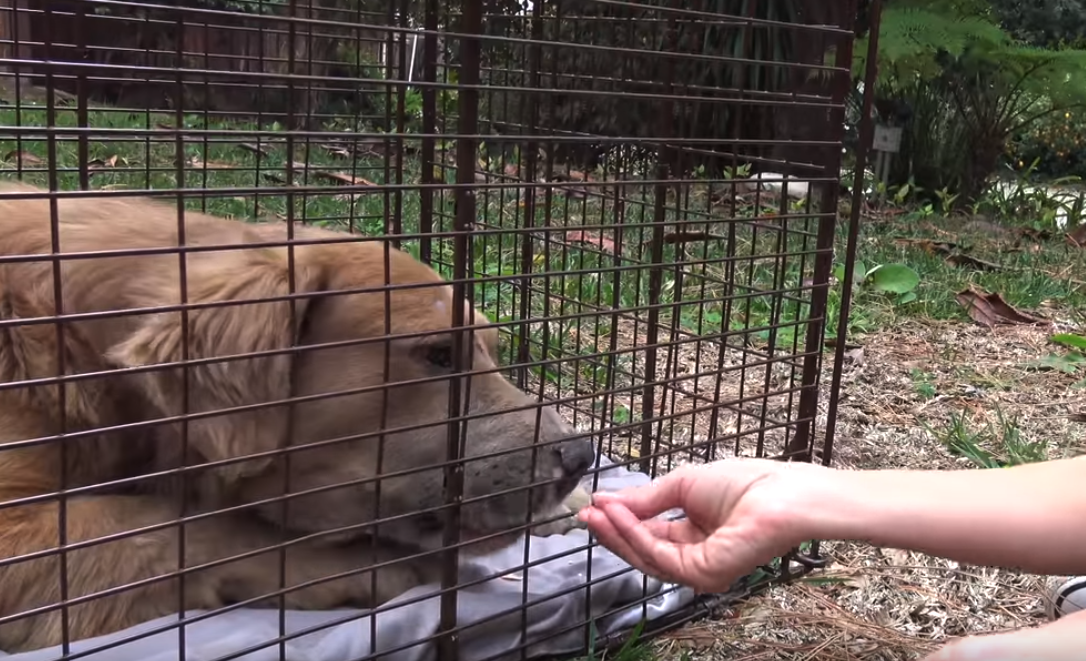 Moomba was then off for some medical care and much needed rehabilitation. In order to teach the Golden mix to be able to trust humans again, he was sent for training at Sunny Day Acres. He’s getting better every day as he awaits his forever home! 🙂