A Pit bull spent 4 years in a shelter, he had tumors and scarring in his ears because of a previous attempt to crop them, and he also had a very bad infection. He also couldn’t sleep. The pit bull, Toad, had 7 surgeries to fix his ears, fortunately he became well. 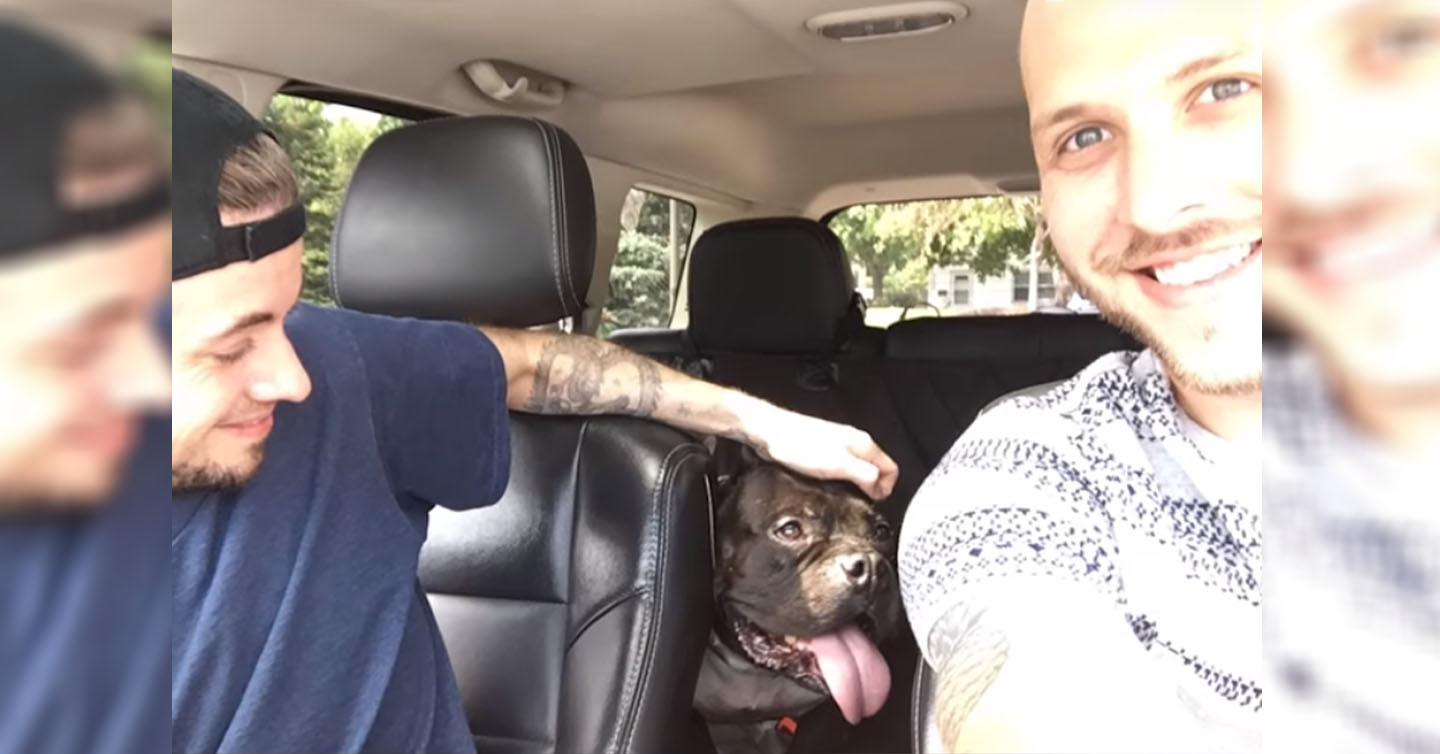 He was adopted, and now he lives with his doggy brother, Hank, and his two dads, Kyle and Peter. He is now 6-Year-Old, and he is for sure loving his new owners, who always do the best to take care of him. They also give him a special diet.

Toad loves taking attention from humans, he is such friendly. His favorite things are : socializing with dogs and humans, going for rides in the car and cuddling on the couch. He is already cute, and he always sticks his tongue out which makes him cuter!

Toad will not ever have to worry again, he has two loving, great dads and a doggy brother. So he finally finds his new forever home.