Hope For Paws received a call from some kids about two dogs stuck in a sewer who were crying out for help. Thankfully, the kids heard the dogs and waited with them until rescuers could arrive. The two dogs were a little nervous but seemed to understand that they needed help. 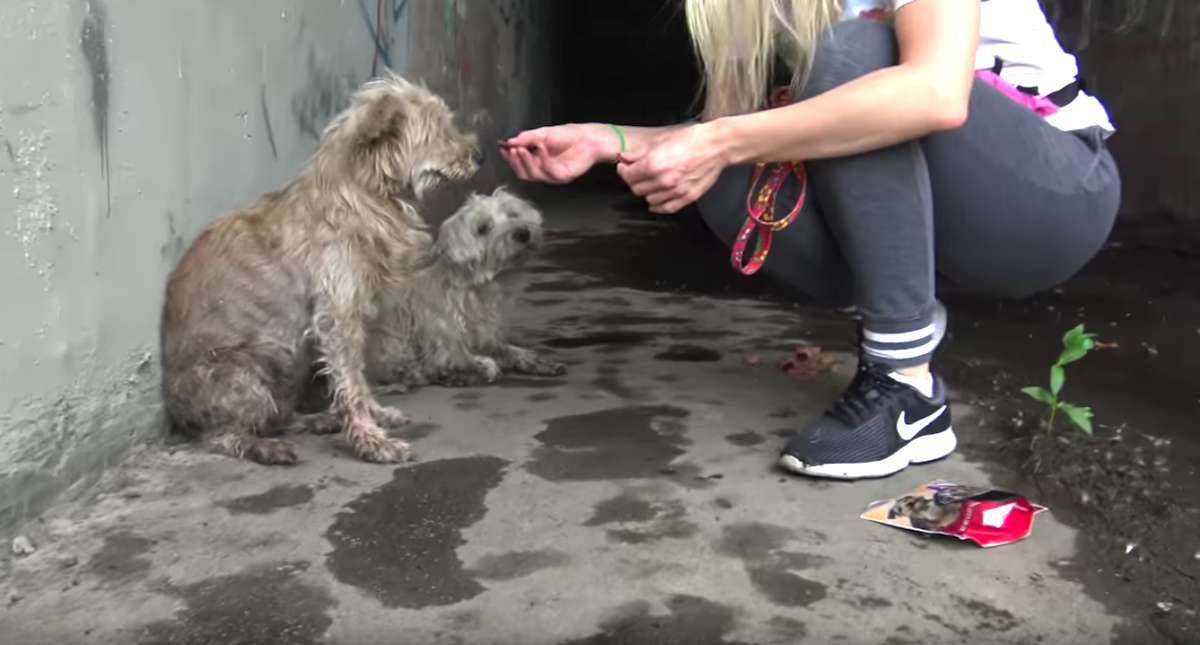 It’s hard to tell how the dogs ended up here, but that didn’t matter at this point. Loreta placed a Lucky Leash around the female and named her Dixie. And next was Winn’s turn. Eldad offered them some more treats in an attempt to get the dogs to know him too before heading out of the sewer. 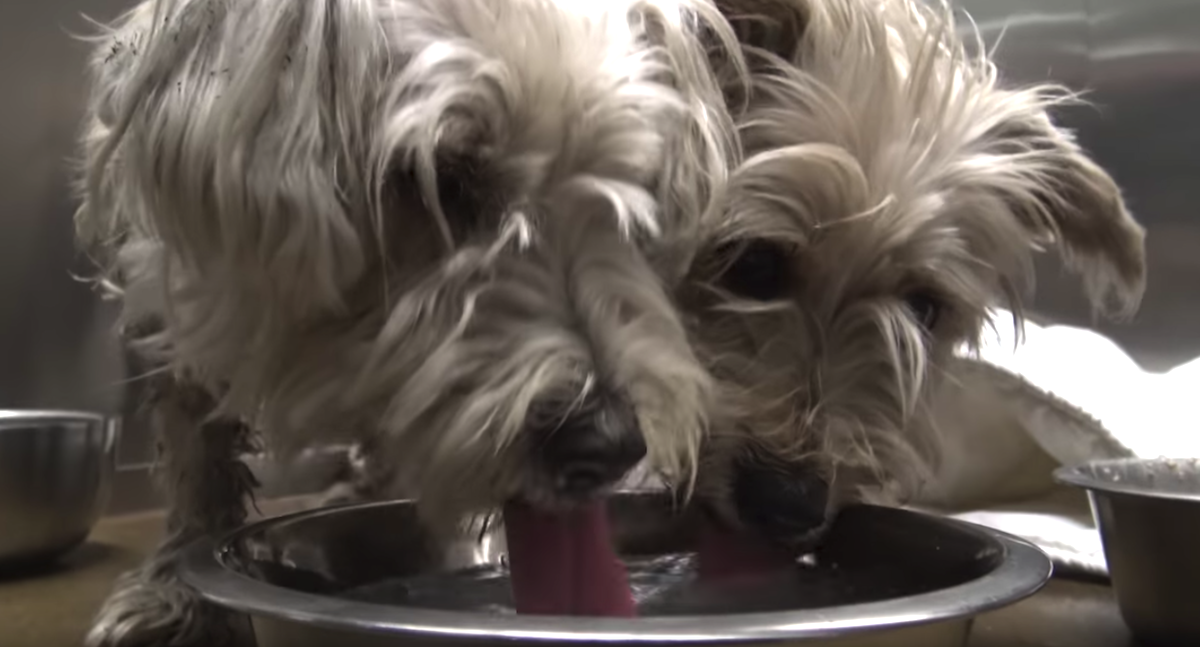 The kids stuck around and offered a helping hand until Winn and Dixie were loaded up to head back to the hospital. The two dogs wagged their tails all the way to the vehicle! It would be hard to get rid of the sewer smell on each of them, but some special baths did the trick.

After getting all cleaned up, the dogs went on to their foster at Wags and Walks. And it wasn’t long after that when the dogs found an amazing forever home together. 🙂