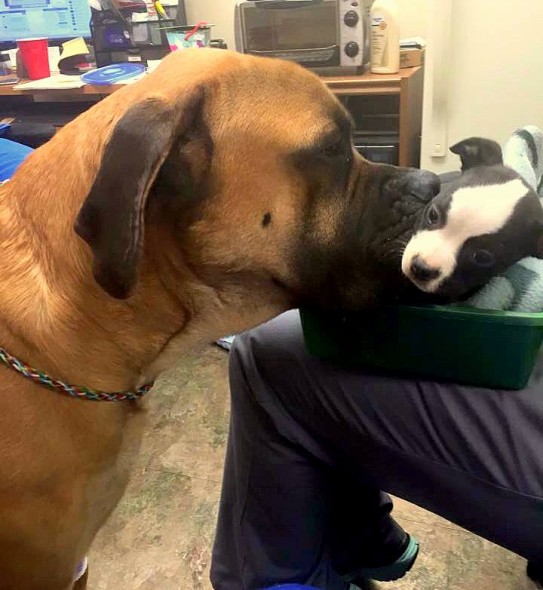 Olaf was surrendered to an NYC shelter just before Christmas, and little Mariah was abandoned in a parking lot.  Both needed emergency treatment, but what they got was so much more! 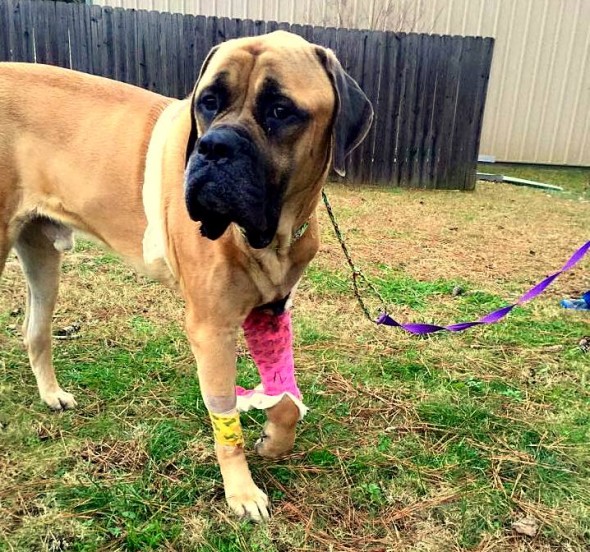 A venomous snakebite left Olaf’s family unable to care for him, so they sadly had to surrender him to a shelter.  But he needed intensive care, and was sent to Second Chance Rescue.  They brought him to an animal hospital for surgery, and that’s where he met Mariah. 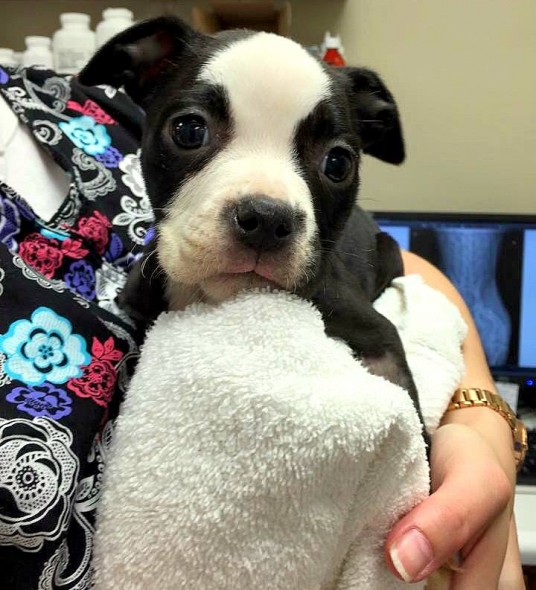 On Christmas Eve, Second Chance found six-week-old Mariah, not even ready to leave her mother, dumped in a parking lot.  She was covered in her own feces and slowly freezing to death.  Even after a couple days in the hospital, her tiny body was struggling to maintain a steady temperature.  It seemed that what she needed even more than medical care was a friend. 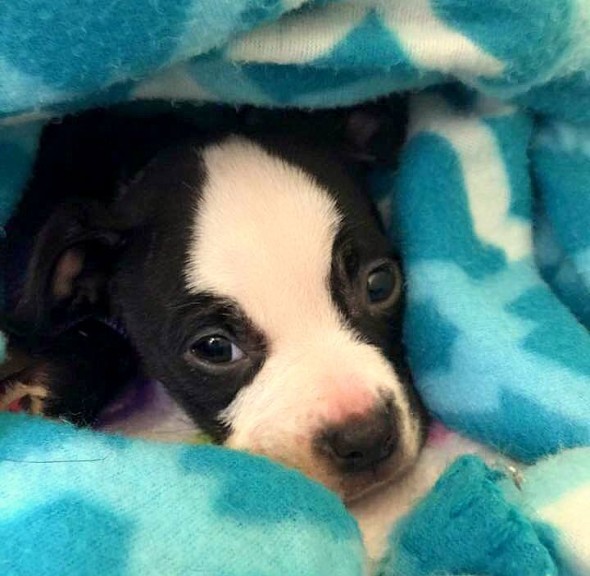 Like all Mastiffs, Olaf is a big guy, but he is also just a big baby.  The one-year-old boy was in a scary and unfamiliar place, and needed some TLC.  They are being well taken care of, but even better, they’re taking care of each other. 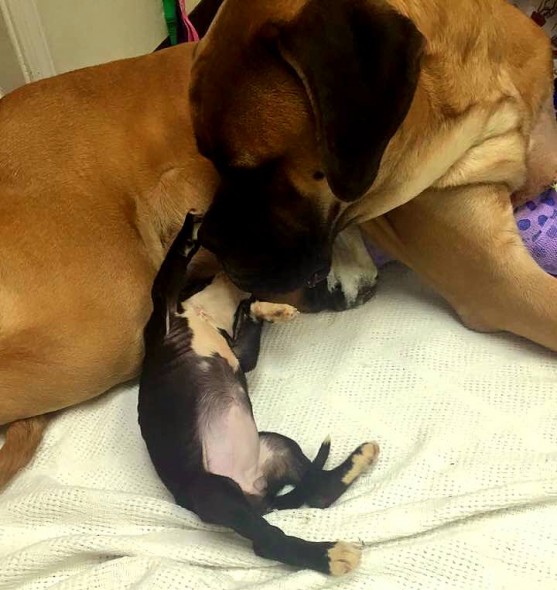 Hopefully they will soon be healthy enough for adoption – perhaps to a home together!  If you’re interested in either or both, please contact Second Chance Rescue. 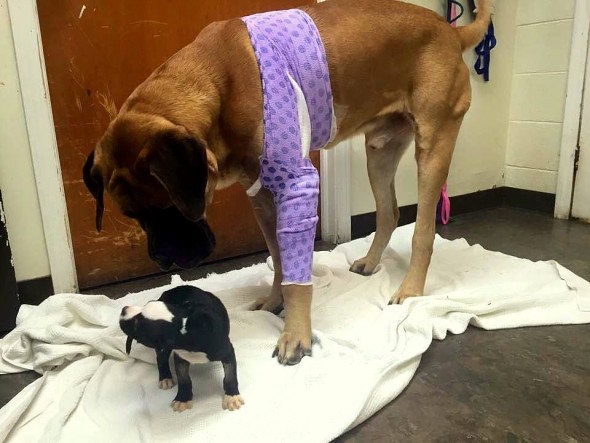