Here’s a fair warning before watching the video on the next page – you might keel over from way too much cuteness. Not even kidding. It’s so much cute!

A dog named Fifty is missing a front and a back leg. He lost his legs when he was shot by a police officer just for being a Pit Bull. Can you even imagine such cruelty?

Some critics would say that a dog with such a major impairment should be euthanized. Thankfully – a wonderful woman adopted him and has proved that that was a ridiculous and preposterous idea. Fifty is thriving.

In fact, Fifty has become quite the celeb on social media and has helped promote rescue and adoption throughout the world! 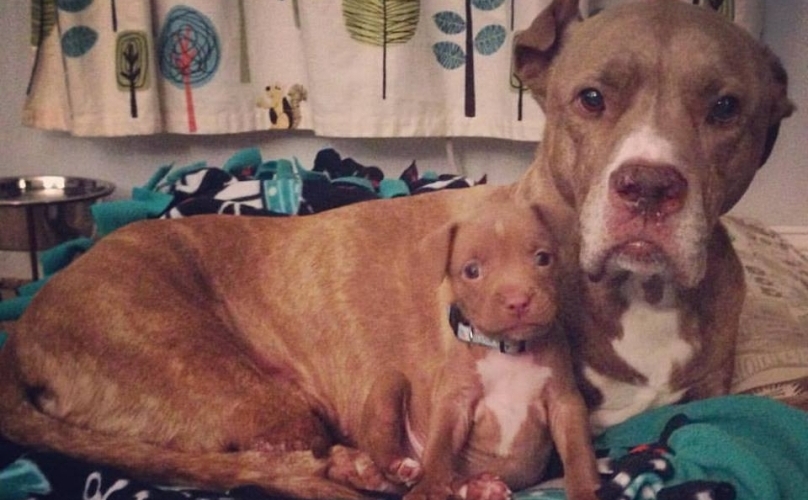 Fifty recently got a new foster brother – and it just happens to the CUTEST PUPPY EVER! It’s like a little mini Fifty!