Life did not get off to a promising start for Cupid. The adorable fluffy puppy was found sealed in a trash bag in a Toronto dumpster this January. He was just 7-weeks-old, born without front limbs, and tossed out like garbage to die in the frigid weather.
Now, not only has Cupid stolen the hearts of his Facebook fans, he has also been fitted with new prosthetic legs! 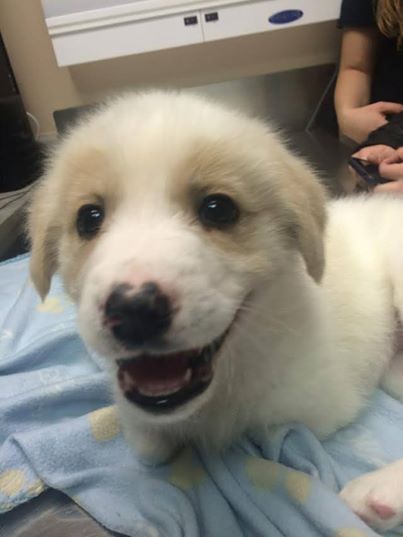 Cupid was named for his little heart-shaped nose and sweet personality by his devoted caretakers at The Dog Rescuers, Inc., a non-profit group based in Oakville, Ontario. Under their care he has grown and thrived. His veterinarian believes that Cupid is a Great Pyrenees Mix and that his disability is a result of a genetic condition, not abuse. 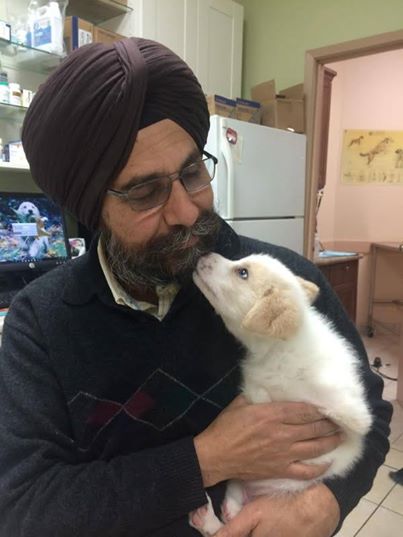 His custom-designed prosthetic front limbs were created and donated by the Toronto-based company, Pawsability. A tiny pair of training skis have been affixed to Cupid’s new legs to help him build muscles in his back legs and core, as well as get used to walking on four limbs. They also come in mighty handy during the snowy Canadian winter! 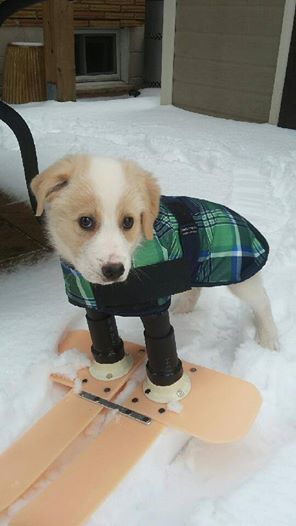 According to The Dog Rescuers Facebook page, Cupid is doing great on his new legs and will be ready for adoption soon! Click here to learn about the adoption process and fill out an application for this amazing little boy! 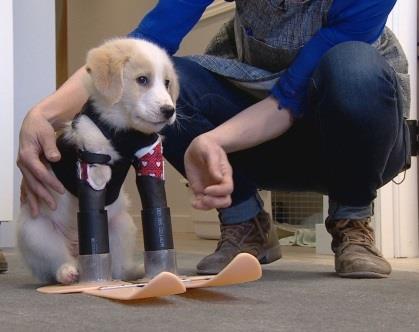 Can’t adopt, but want to help with Cupid’s rehab and the many other special pups rescued by this amazing organization? Click here to make a donation.