Hope For Paws received several calls about two dogs who were chained up underneath a freeway. Lisa explained the neglectful situation to a nearby officer, and he agreed that they should take them. Both of the pit bulls were sitting in their own feces and urine without any food or water. 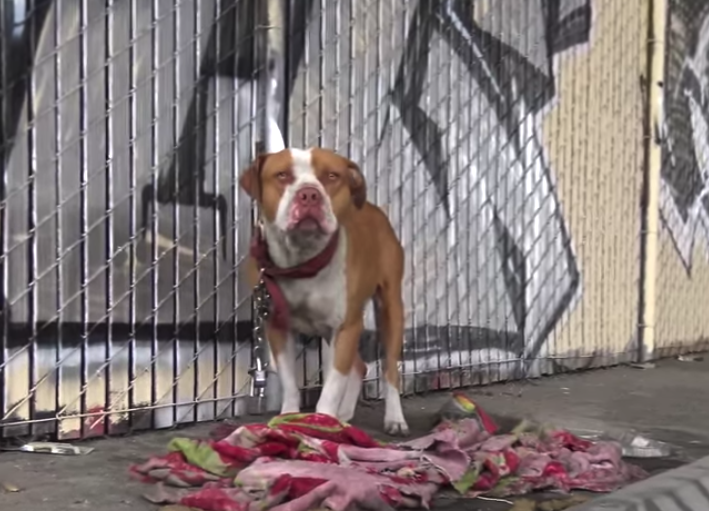 Animal control had been called before, but no action was taken. The poor pit bulls barely had any room to move and deserved much better lives. Despite everything they’d gone through, both of the dogs were very friendly although a little scared and confused. They ate right out of the rescuer’s hands. 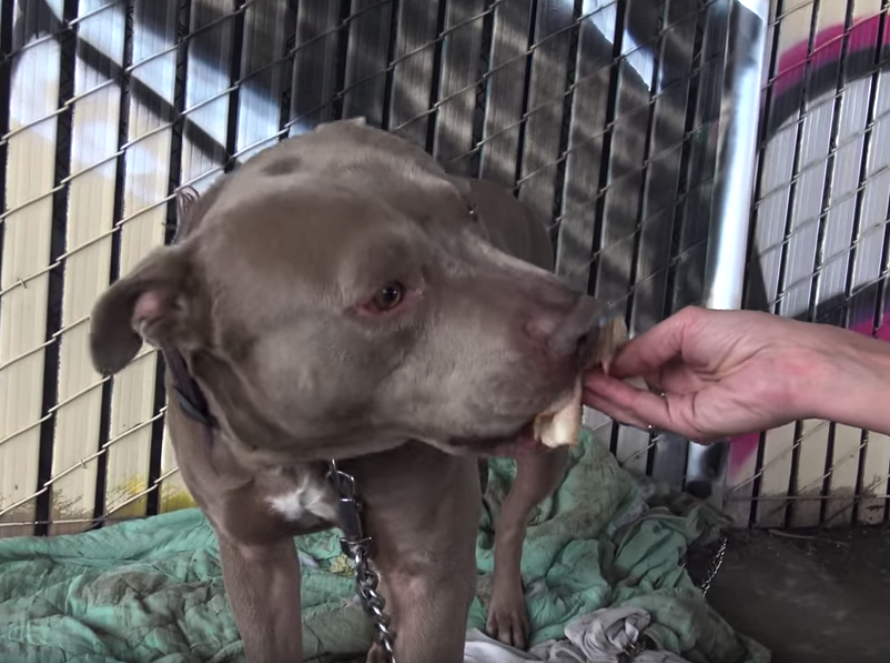 A crate was used to secure Sir Guinness, and they placed him in the vehicle. Now they could go after Moose with a Lucky Leash and lead him back to his friend. As soon as Moose was leashed, he was so happy to be away from that wall. He happily got in the vehicle with his friend.