Two puppies were found abandoned outside a shelter, shaking in a cardboard box with only a dirty towel underneath them.

The puppies were estimated to only be about three weeks old when they found them; both were just a little bit bigger than the rescuer’s hands when he picked them up. 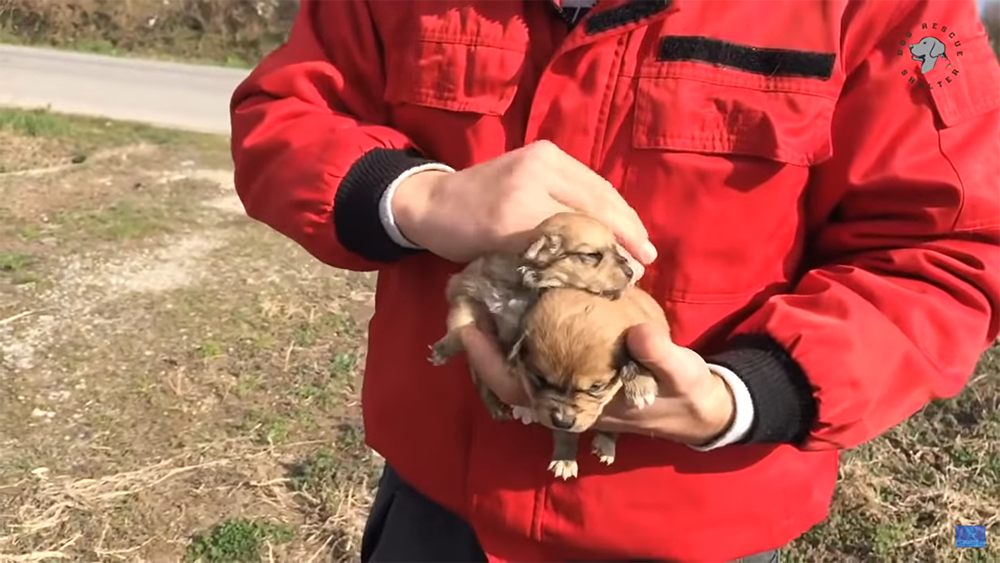 The puppies didn’t look hurt, but they seemed dehydrated, so the rescuers fed them on the spot. The rescuers would be taking them to their foster home after feeding them. They searched the area where they found the puppies, hoping that maybe their mother was around, but they were disappointed to see that no other dogs were in the area.

According to the Dog Rescue Shelter, “these cute female puppies have only just opened their eyes, but they are all healthy.” Seeing them shake so much in the video is heartbreaking, but it looks like they’re strong puppies. 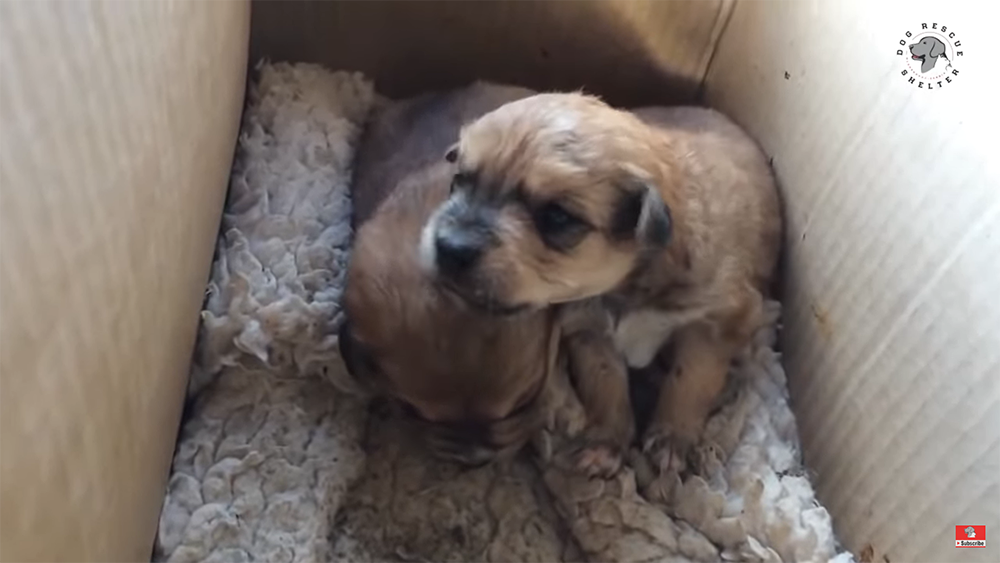 The puppies were given a bath when they got to their foster home and were treated from parasites. They are to receive their first vaccines soon after, the rescuers said. The puppies will be staying in their foster home for a minimum of two months, after which they will be posted and be available for adoption.

The strong puppies recovered quickly and have become quite the playful duo in their foster home. They were both wagging their tails incessantly and jumping around their play area in the update video clip from the foster home. 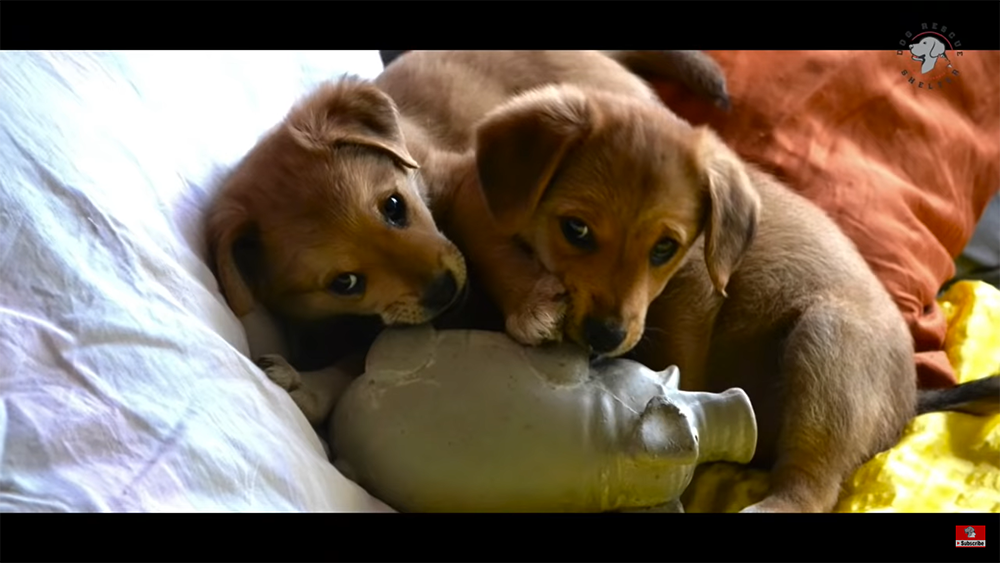 The puppies didn’t have to wait long to get adopted. Once they were available for adoption, they only had to wait a month before they both got adopted. Although they weren’t adopted together, both puppies are living well and have been named Meri and Mona.

Meri found herself in a wonderful home with her new mom, and she seems to have a more abundant supply of dog toys that she could ever want. Mona is living with her new dad and her many siblings. Compared to Meri, I think Mona has calmed down a bit.

Unfortunately, I couldn’t find out more about their new homes, but both dogs have grown wonderfully, as can be seen in the update clips in the shelter’s “7 Months in 7 Minutes” video below.