Animal Aid Unlimited came to the rescue of two puppies who fallen into a 60′ deep well but were somehow still alive. The rescuers could see them down below moving around, so they helped lower one man down using a harness. 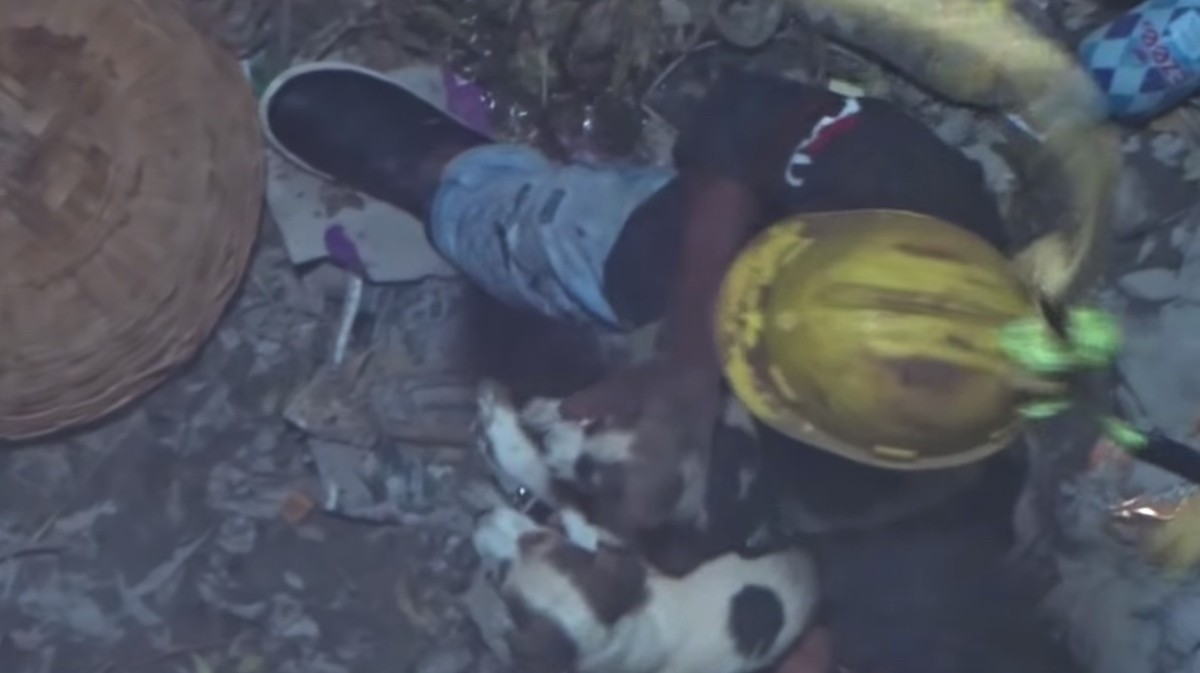 The puppies were scared at first but soon learned to trust their rescuer. The man held them close as he climbed out of the well and brought the pups to safety. Amazingly, the puppies had no fractures after such a long fall! The rescuers fed them and searched for their mother. 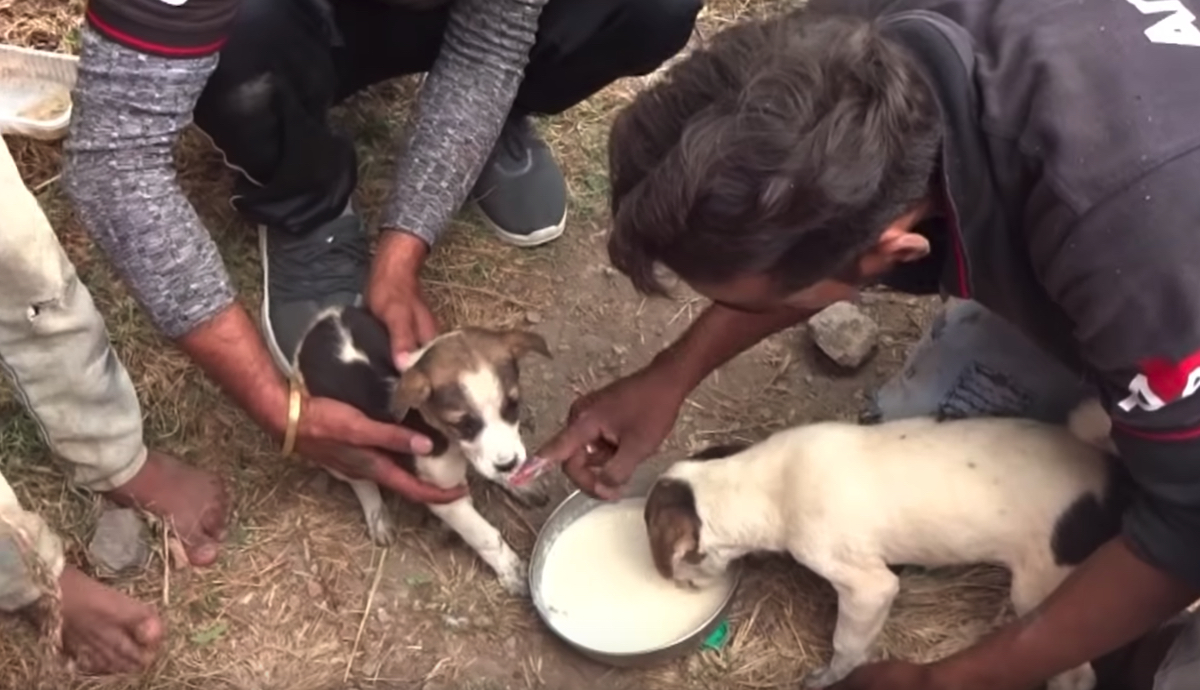 The mother was spotted out in the field, and the one pup sprinted out to her to tell her all about what just happened! The sweet dog family said their goodbyes and disappeared into the bushes as happy as can be. 🙂