It’s been said that you could survive for three weeks without food and just three days without water. As the staples of daily life, it’s almost to imagine making even that long without either.

So how did two women, stranded in the middle of the Pacific Ocean, survive in shark-infested waters for over five months without fresh water? That’s what happened to Jennifer Appel and Tasha Fuiava, whose incredible story would make many Hollywood screenwriters jealous.

While the odds were unbelievably stacked against them, Jennifer and Tasha’s story of survival is a true testament to human resilience…

On May 3, 2017, Tasha Fuiava and Jennifer Appel set off to sail from Honolulu, Hawaii, to Tahiti in a small sailboat with their dogs. It should have been a fantastic adventure, but unfortunately, things quickly went wrong. 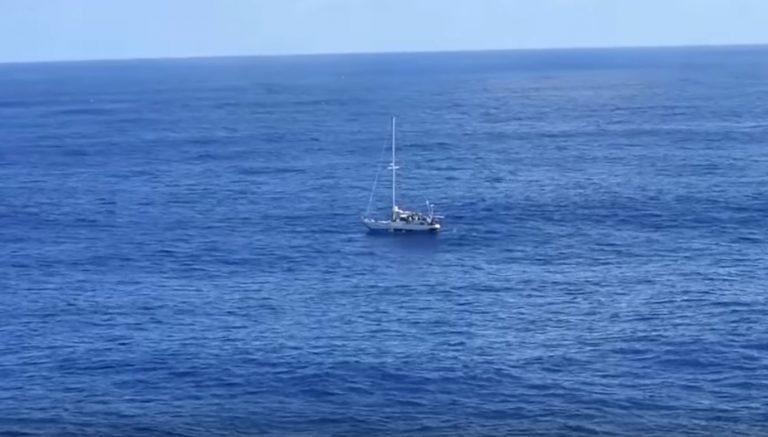 On the very first day of the journey, their phone fell overboard. Not only that, but they hit some nasty weather along the way. They ran into engine failure, and they even had a broken mast. They were stranded in the middle of the Pacific Ocean, and the problems kept mounting. 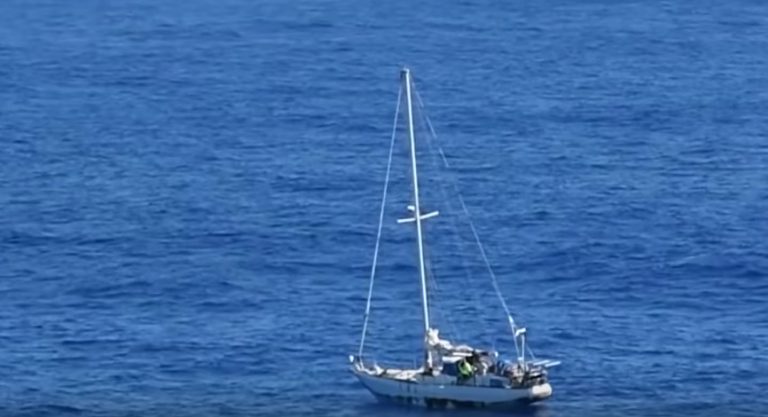 Moreover, the waters surrounding their ship were horrifyingly shark-infested. Obviously, their chances of survival seemed slim if they didn’t find help fast. All told, Jennifer, Tasha, and their dogs were stranded for over five months before being rescued… but how did they survive?

The women were first spotted by a Taiwanese fishing vessel, nearly 900 miles off the southeast coast of Japan. Later, the women were thrilled to see a Navy ship—the USS Ashland—at 10:30 a.m. on October 25 headed their way. 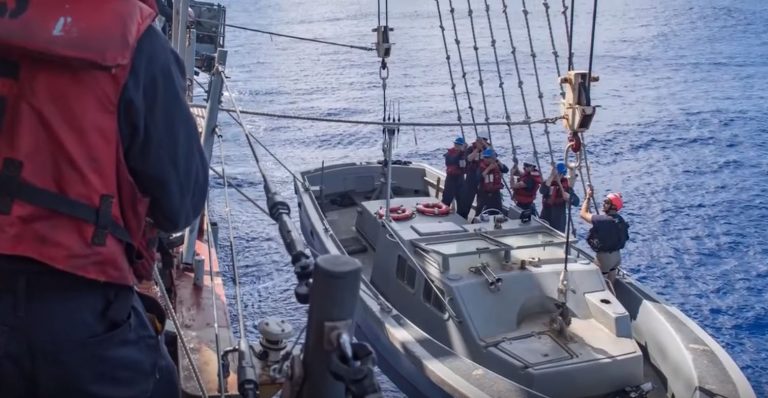 “I’m grateful for their service to our country. They saved our lives,” Jennifer said in a statement to the Navy. “The pride and smiles we had when we saw [U.S. Navy] on the horizon was pure relief. When we saw you guys coming over the horizon, it was like, ‘Oh, God! We’ve been saved.” But how did they manage to last for five whole months? 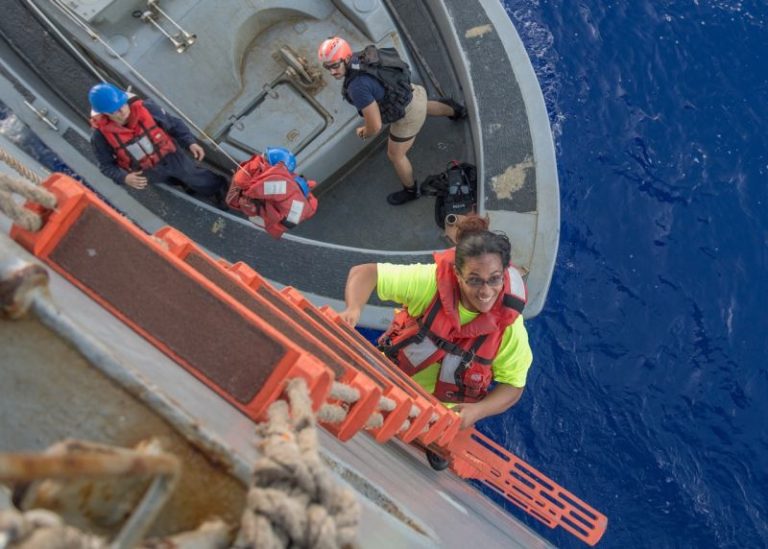 The women had themselves to thank for their survival. Their water purifiers kept them hydrated for all five months, and with a year’s supply of dry food, including oatmeal, pasta, and rice, they were relatively well-fed, too! 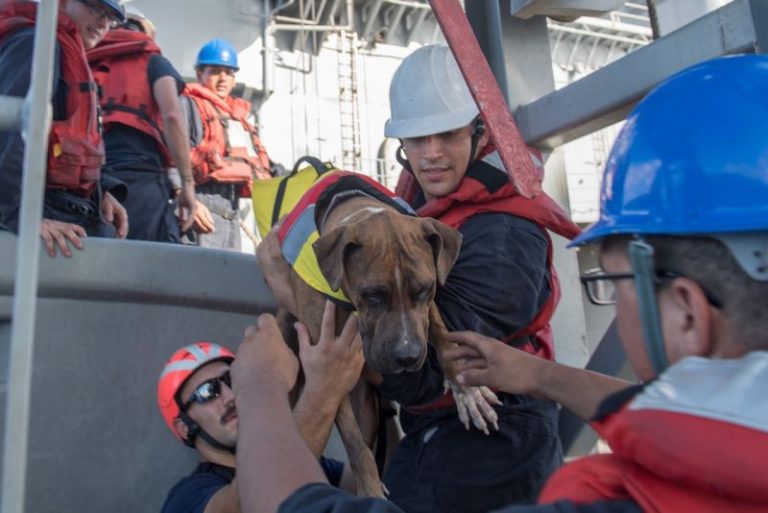 Since hitting bad weather on May 30, the women continued sending out distress signals, but none of them resulted in rescue. Naturally, the feeling of hopelessness quickly took hold. “The only thing you can do, you use what you can and what you have. You have no other choice,” Jennifer said. 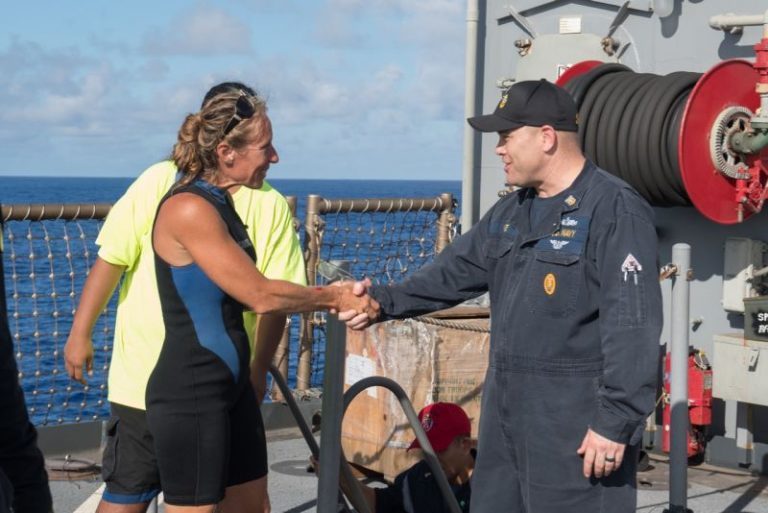 The terror of being surrounded by sharks shouldn’t be forgotten, either. “We were slowly maneuvering through their living room. They came by to slap their tails and tell us we needed to move along,” Jennifer explained. 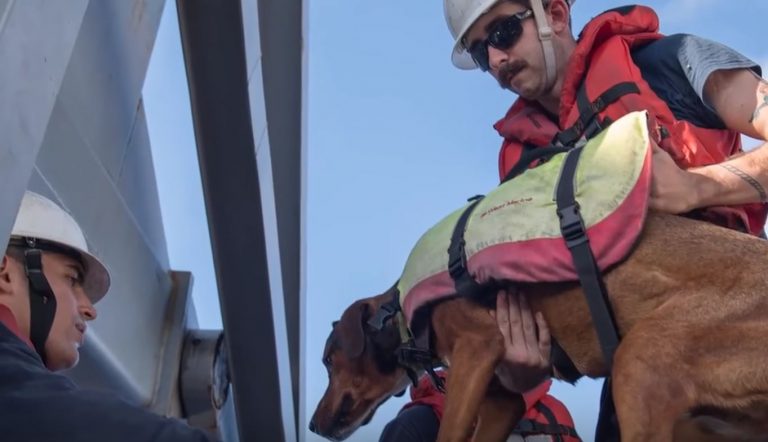 “They decided to use our vessel to teach their children how to hunt,” Jennifer continued. “They attacked at night.” It wasn’t until the Taiwanese fishermen saw them and contacted the U.S. Coast Guard in Guam that there was a real sign of hope. 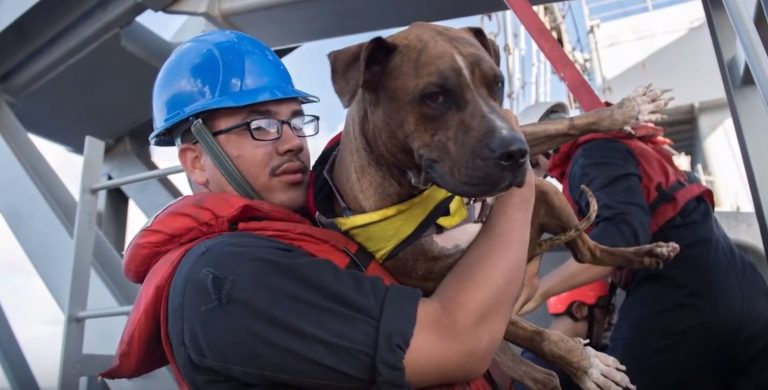 The women and their dogs were quickly given medical attention. “The U.S. Navy is postured to assist any distressed mariner of any nationality during any type of situation,” the Ashland’s commanding officer, Steven Wasson, said in a statement. Luckily, thanks to Jennifer and Tasha’s resilience, they lasted long enough to be saved! 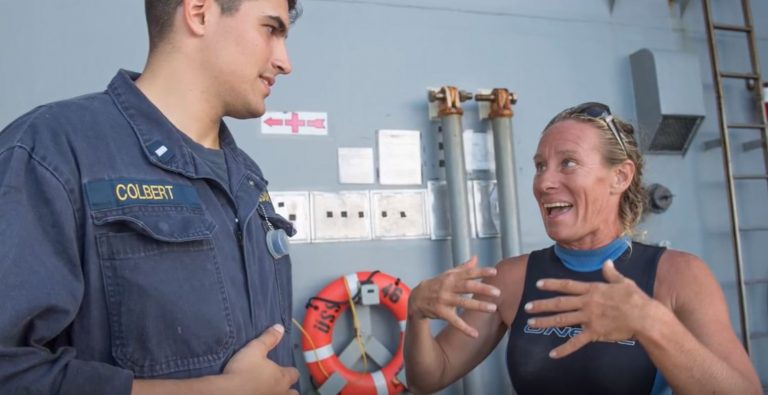 This story of survival is truly inspiring. It also teaches an important lesson: always prepare for the unexpected!